Arsenal and Chelsea will renew hostilities on Sunday in what should be an epic London derby at the Emirates Stadium. Arsene Wenger’s title-chasers returned to the top of the table with a hard-fought point at Stoke City last weekend. With 44 points from 22 games, they are 19 points clear of their London rivals. The Blues – in the midst of the worst-ever Premier League title defence – are languishing in 14th, following their 3-3 draw at home to Everton last Saturday. Chelsea won the reverse fixture 2-0 at Stamford Bridge in a game that saw Gabriel Paulista and Santi Cazorla get sent off.

Arsenal will aim to avenge that defeat and extend their advantage, and we should be in for a mouth-watering matchup. 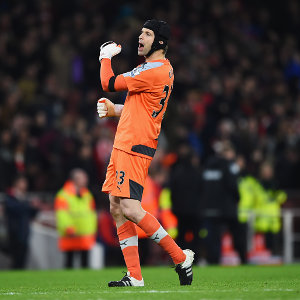 Arsenal
Arsenal picked up a second away draw inside a week as they drew 0-0 at Stoke last Sunday. They owed the result to goalkeeper Petr Cech, who made a number of key saves that helped the Gunners keep a valuable clean sheet. They did have chances of their own to score – Olivier Giroud was twice denied by Stoke goalkeeper Jack Butland at the other end. However, without creative midfielders Cazorla and Mesut Ozil, Arsenal struggled for their customary fluency in possession. Nevertheless, the Gunners still regained top spot in the Premier League on goal difference ahead of Leicester City.

Arsenal should have both Alexis Sanchez and Ozil back for the visit of Premier League Champions Chelsea. Sanchez has not played since November due to a hamstring injury while Ozil missed the goalless draw with Stoke City due to a foot problem. New signing Mohamed Elneny and Tomas Rosicky will also train with the squad this week and are in contention for at least a place among the substitutes.

Petr Cech will face the club who brought him to England where he spent 11 successful years, but the Czech international has the mentality and the experience to treat this game like any other. He is a great shot-stopper with superb reflexes, positional intelligence and a great commander of his box. It seems that even the sight of Cech on the team sheet can have a detrimental effect on the opposition.

Ozil is well clear at the top of the Premier League’s assist chart with 16, compared to nine for his nearest challenger, Manchester City’s Kevin de Bruyne. Ozil is the catalyst in most of Arsenal’s attacking play with his vision to see a defence-splitting pass. He has amazing dribbling skills, a smart variety of passing, and initiative with the ball. Another key attribute Ozil has is his football intelligence. He can easily use his intelligence to outplay his opponents. His left foot can unlock even the best defences and Chelsea will need to do a good job on closing him down.

Sanchez terrorises defences with quick running, sharp movement, and powerful shooting. His ability on the ball makes him a genuine threat to even the world’s best defenders. He’s always able to put a shot on target within even the most suffocating defences. Further up the pitch, Olivier Giroud is a tremendous foil at the point of the attack. The French international will be looking to extend his season tally of 12 goals. 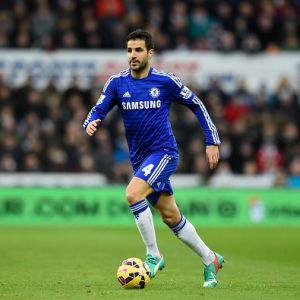 Chelsea
A last-gasp John Terry equaliser, that should have been flagged offside, spared Chelsea’s blushes in a dramatic 3-3 draw at Stamford Bridge. After a turgid, scoreless opening half, Terry put through his own goal and Kevin Mirallas doubled Everton’s advantage early in the second period. The writing looked on the wall for Guus Hiddink’s men but to their credit – and thanks to Diego Costa and Cesc Fabregas, who combined well to each score – Chelsea pulled level. Ramiro Funes Mori’s 90th-minute goal appeared to have sealed all three points for the visitors right up to last of the eight added injury time minutes when Terry equalised.

Hiddink’s resurgent Chelsea visit the Emirates with nothing to lose in a fixture Arsenal tend to struggle in. The Blues have certainly bullied the Gunners over the years – unbeaten in eight league matches having won five times. Chelsea come into the clash unbeaten in seven matches in all competitions but have only recorded three victories. The target remains a top-four finish for Hiddink’s side. They are 14 points off the pace in pursuit of Champions League qualification, though, and must now start winning matches consistently if they are to stand any chance of realising that ambition.

The rejuvenated Fabregas will provide a constant attacking threat with his incredible vision and ability to pick a pass. When given time and space on the ball, he can produce in any given moment and Arsenal will need to mark him tightly. Costa suffered a bruised tibia in last Saturday’s draw with Everton, though it remains to be seen how much time the Chelsea striker might miss. The Brazil-born Spain international was sent for a scan on his shin after leaving the field at Stamford Bridge and the results show no fracture and just bruising. However, it is not yet clear whether he will be available for Sunday’s trip to Arsenal. Costa has enjoyed a revival under Hiddink, scoring five goals in his last five matches in all competitions, and any significant injury to the Spain international would be a huge setback for Chelsea.

Costa’s injury woe could provoke Hiddink into signing former AC Milan forward Alexandre Pato, who has been regularly linked with a move to Stamford Bridge. Loic Remy is working his way back to full fitness following a calf problem and Radamel Falcao remains a long-term absentee with a thigh injury.

Eden Hazard’s return to fitness will come as a major boost to Hiddink. The Belgium international has been suffering from a hip problem that has forced him to miss the last three games, but is set to resume full training sessions this week. When he’s in the mood, few defences can live with his movement, pace and blurring array of tricks.

Verdict:
Hiddink will be sweating on the fitness of Costa and if the Spaniard plays I see the Blues, at least earning a point. When he missed the match at Man United, Chelsea lacked quality up front and were forced to defend the game.

I don’t usually do this, but I’d wait for the team selection before taking a bet.  If Costa plays, take Chelsea on the Win/Draw at 15/20, but if you see Remy instead then Arsenal will edge it at even money.