The Premier League makes a welcome return amidst tumultuous world events that have rightfully captured the entire world’s collective consciousness. This London derby has surprising top-of-the-table permutations, with both sides currently jostling for top four status; a glorious offshoot effect emanating from Chelsea’s struggles. Mauricio Pochettino’s Spurs are riding a wave of consistent performance and realized potential. The current England squad is awash with the burgeoning talent at Pochettino’s disposal, which is always an interesting indication of the relative strength of an emerging Spurs side. West Ham are your archetypal streetfighters, developing a near mythical away reputation that will give Spurs fans plenty to think about. 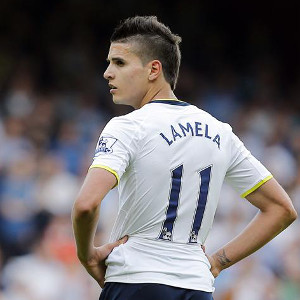 Tottenham Hotspur
Mauricio Pochettino has had to be patient with the squad at his disposal in the wake of several atrocities committed in the wake of Gareth Bale’s departure. After several transfer windows and with a keen eye on youth development, he finally now has a side that I feel could qualify for European football’s showpiece club competition. Harry Kane has rediscovered his goal-scoring touch, but what impressed me most with Mr North London is how well he led the side despite his early season drought. He is a multi-faceted footballer with the intelligence to understand that goal-scoring can be a fickle mistress, prone to flights of fancy in systems that can alienate a lone striker.

Alli and Dier have revolutionized the Spurs side, reenergizing the midfield and lending an identity to the side. Their energy and work ethic allows the likes of Lamella and Eriksson to shift more fluidly through games. The central defensive pairing of Alderweireld and Verthongen may have their hands full with Andy Carroll, who always poses such a unique threat for opposition defences. One area where Spurs may have to watch out for is in the full-back positions. Rose and Walker like to bomb forward fairly liberally, which may invite the likes of Sakho and Lanzini to get in behind the defence. In general, they seem a better-balanced side, but West Ham have quite a reputation for exceeding expectations this season. 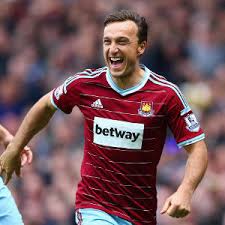 West Ham United
Slaven Bilic will no doubt be rather downcast following the injury to Dimitri Payet. The talented playmaker has been at the fulcrum of every West Ham attack, often the catalyst for the swift counterattacks that have come to define their attacking prowess. Lanzini seems to have a bit of the maverick about him and may be expected to fill in those number ten boots. It will be interesting to see if Spurs will allow him the space to express himself. Mark Noble will be crucial in trying to control the tempo of the match, perhaps trying to gain a foothold with the industrial Alli snapping at his heels.

Andy Carroll and Diafra Sakho lend an interesting attacking dynamic to West Ham, something vaguely akin to the old ‘big man-little man’ composition. This is an area where they could look to exploit Spurs, who sometimes tend to push too far forward on the flanks in search of width. Cresswell and Jenkinson are a slightly enigmatic full-back pairing. Actually, scratch that, there’s nothing that mysterious about it. They are both dynamic in attack but often caught in no man’s land defensively. Spurs are too well organized and will capitalize on any error in formation or tactical misstep.

Verdict: Tottenham 5/10
Spurs to win comfortably- I forsee a 2-0 win or 3-1. Alli and Dier should boss the midfield, setting up the platform for Eriksson and Kane to express themselves in the final third.