At the beginning of the season, this would have been earmarked as a potential title decider, with the defending champions playing a United side who have spent lavishly in their attempts to revitalise the squad. But alas, Chelsea have imploded in a manner that is still hard to fathom, while Luis Van Gaal’s job seems to be perennially at risk. United still have a decent chance of a Champions League spot and will go into this game full of confidence following their best performance of the season thus far on Tuesday night.

It will be interesting to see if the mini revolution under Guus Hiddink can continue in this very intriguing fixture. 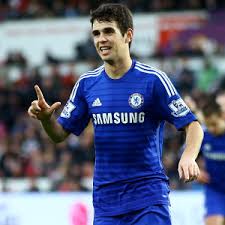 Chelsea
The entire Chelsea experiment is one that is hard to fathom. The furore surrounding John Terry’s impending departure from the club strikes me as yet another example of a club labouring under the weight of its own self-importance. It’s almost as if Terry thought that he would be the first guy who never got old- the first three-term American president, Ect. In any event, Hiddink has managed to bring something of a feelgood factor back to the squad. The return to form of Oscar has rekindled the electricity of that three-man attacking trio behind Costa.

Hazard may start on the bench despite being back to something approaching full fitness. Fabregas may play in a more advanced role, hoping to connect with Costa as efficiently as he did in the Everton match.

Hiddink has favoured the industry of the Matic-Mikel duo in the centre of the park – hardly what would have been considered the most fashionable selection under Jose Mourinho. One area of concern for Chelsea will be in the full-back areas, where United have the pace in Martial and Lingard to trouble Chelsea. Manchester United
Manchester United were positively ebullient on Tuesday in contrast to the stygian displays that have become the bedrock of Van Gaal’s reign. The performances of Wayne Rooney have confounded most observers, myself included. He seems to have found an extra yard of pace whilst also finding that seemingly elusive goal-scoring touch. Martial seems to have settled slightly on the left, despite the fact that he is still probably being played out of position. Carrick seemed to bring some calm to the midfield but may find it hard to find the same room against Mikel and Matic.

Lingard and Martial will feel that they can get at both Ivanovic and Azpilicueta. However, the attacking midfield players of Chelsea seem to be finding their range in recent times, having been inexplicitly absent in recent weeks. Oscar has rediscovered his scoring form while Willian continues to be their most consistent player this season. I think that this is going to be the area where Chelsea are able to potentially gain the ascendancy in the match.

Verdict: Chelsea 21/20
While United were vibrant midweek, I feel that the movement and interchangeability of Chelsea’s forward trio will make the difference.