Netherlands will get their Euro 2020 campaign underway against Ukraine on Sunday at the Johan Cruyff Arena. 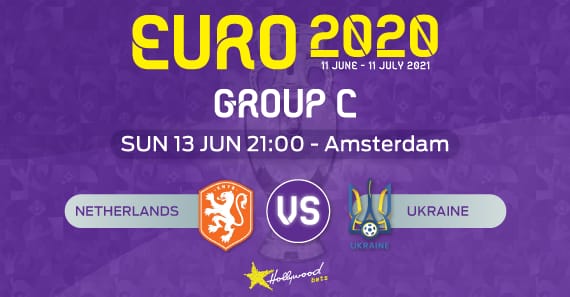 Netherlands will get their Euro 2020 campaign underway against Ukraine on Sunday at the Johan Cruyff Arena. This will be only the third meeting between these two teams, and the first in competition. Previously, the Netherlands defeated Ukraine 3-0 in 2008, then drew with them 1-1 in 2010, both in friendly internationals.

After failing to qualify for Euro 2016 or the 2018 World Cup, the Netherlands are back in the big time and aiming to make a big impression in this month’s showpiece, even without defensive anchor Virgil Van Dijk.

Having failed to qualify for the previous two major international competitions, Ronald Koeman was a big factor in the Netherlands’ recent revival, but he quit in August to take over at Barcelona. His replacement, Frank de Boer, struggled early, becoming the first Dutch coach to fail to register a win in any of his first four matches in charge.

It might be far too much to expect De Boer’s men to repeat their 1988 heroics and win, but they remain strong favourites to top Group C, especially with all three of their group matches in Amsterdam in front of at least 12,000 fans.

Ukraine have qualified for a third consecutive Euro and will be eager to make a better impression this time after going out in the group stage when they co-hosted with Poland in 2012, and then failing to register a goal or a point in 2016.

Under Andriy Shevchenko, the legendary former striker who captained his country to the 2006 World Cup quarter-finals, Ukraine topped their Euro 2020 qualifying group unbeaten and ahead of Cristiano Ronaldo’s Portugal. However, they failed to replicate this success in World Cup qualifying, unable to win a single match out of the three.

The core of his team is made up of established players like Manchester City’s versatile defender Oleksandr Zinchenko, West Ham winger Andriy Yarmolenko and Shakhtar Donetsk midfielder Yevhen Konoplyanka.

Prediction: Draw (26/10)
This should be an excellent game between two evenly matched teams. Back these sides to cancel each other out at 9/4.