Themba Zwane marked his return to the national team with two goals goal as Bafana Bafana comfortably swept aside Sierra Leone 4-0 in a friendly international played at the FNB stadium on Saturday. 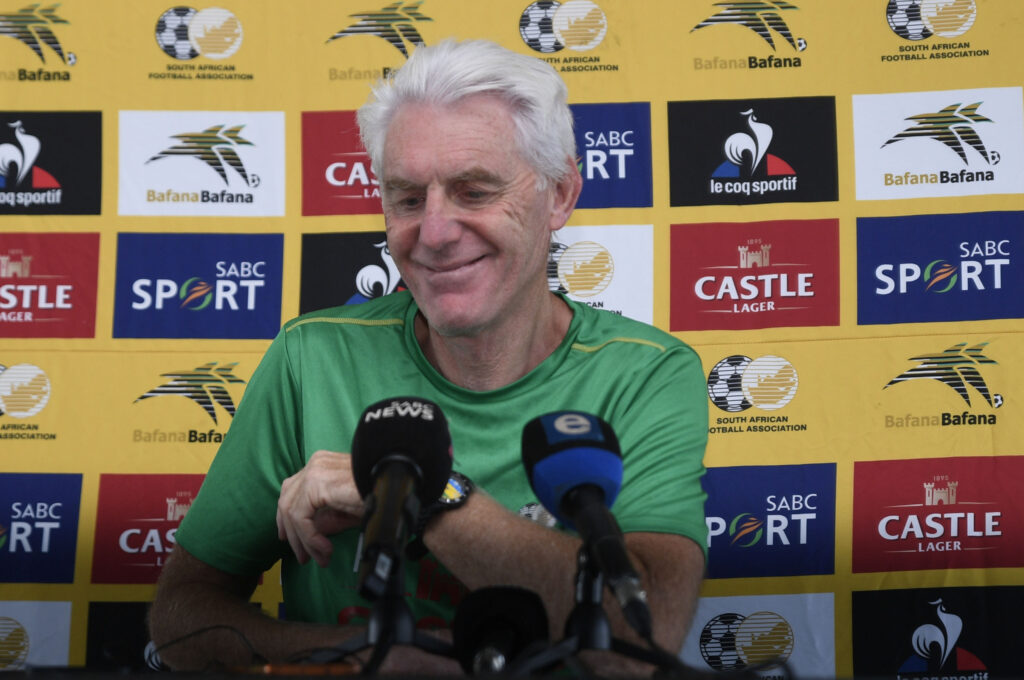 Themba Zwane marked his return to the national team with two goals goal as Bafana Bafana comfortably swept aside Sierra Leone 4-0 in a friendly international played at the FNB stadium on Saturday.

The Mamelodi Sundowns attacking midfielder has been overlooked since Hugo Broos took charge with the head coach previously insisting that he needs to look at younger players.

However, after less than satisfactory results Broos recalled the current Player of the Year in South Africa and the 33-year-old duly delivered on the pitch.

Sphephelo Sithole was paired in the midfield with debutant Luke Le Roux, who plies his trade in Sweden’s top-flight, allowing Zwane a free-role to help in attack.

And it was Sundowns playmaker that opened the scoring just after the half-hour mark and he then added a second strike in the 64th minute, with further goals from Mihlali Mayambela and Aubrey Modiba completing the rout for the hosts.

Bafana made all the running in the contest and created a few early chances with Modiba and Innocent Maela coming close to finding the back of the net.

The home side eventually opened the scoring in the 33rd minute when Zwane received ball in the box and cleverly swiveled his defender and applied a neat finish past goalkeeper Mohamed Kamara.

Broos’ charges certainly deserved more in the opening period but it took just four minutes after the halftime break to double the lead.

Zakhele Lepasa latched onto a through ball and beat an on-rushing Kamara before squaring to Mayambela who finished into an empty net.

Zwane completed his brace in the 64th minute with another calm finish before Modiba completed the scoring in the 72nd minute.