La Liga leaders Real Madrid and Barcelona got back to winning ways last weekend in style with Real easing past Espanyol 3-0, while Barca finally managed to beat Atletico Madrid. After a week filled with controversy for Lionel Messi, the Argentinean maestro managed to inspire his team to victory and also ease the pressure on coach Luis Enrique. Messi now has more career goals than Raul after netting his 424th in the win over Atletico and made his 100th assist in La Liga.

Cordoba 16/10
Draw 2/1
Eibar 19/10
Cordoba moved out of the relegation zone on Monday night after a 1-0 win away to Rayo Vallecano. Cordoba travelled to Madrid having claimed just two league victories all season but were gifted three points thanks to an own goal from Vallecano. Eibar continue to surpass expectations in their debut season in La Liga. The minnows keep eighth spot after building on a 2-1 win at Espanyol by beating Getafe 2-1 at home last weekend. Eibar pulled the double over Cordoba in the Segunda Division last season. However, Cordoba have lost just three of their nine home games and the draw looks the most likely result. Real Sociedad 17/20
Draw 26/10
Rayo Vallecano 31/10
After beating Barcelona two weekends back, Real Sociedad claimed a point away to Granada by drawing 1-1. David Moyes’ side are now unbeaten in their last four matches and will play host to a Vallecano side who lost their fourth match from their last five, going down at home to Cordoba. Sociedad have been picking up points at home and should follow up their last home victory against Barca with a win over Vallecano.

Valencia 3/10
Draw 42/10
Almeria 9/1
Valencia settled for a 1-1 draw away to Celta Vigo last weekend that cost them the coveted fourth spot on the table. Almeria’s winless form at home continued as they went down 2-0 to Sevilla who leapfrogged Valencia. Valencia will return to the Mestalla where they were 2-1 winners over Real Madrid two weekends back. They have been excellent at home winning seven out of nine games, losing just once. Almeria’s fifteen goals this season is less than half the amount that Valencia have banged in. The home win looks a sure bet.

Villarreal 13/20
Draw 27/10
Athletic Bilbao 42/10
These two sides are at opposite ends of the form table with Villarreal on an eight-match unbeaten run while Athletic Bilbao are winless in their last five, losing four times. The Yellow Submarines have been excellent at home beating Real Sociedad 4-0 and Deportivo 3-0 in their last two league games. They also beat Cadiz and Sociedad 3-0 and 1-0 respectively in the Copa del Rey over the past month. Bilbao have scored just five goals on their ten travels – eleven less than Villarreal. With home advantage the team in form should claim the win.

Espanyol 16/10
Draw 22/10
Celta Vigo 7/4
After playing away to Valencia and Real Madrid, Espanyol will welcome this home fixture against Celta Vigo in an effort to get back to winning ways. Celta Vigo ended their six match losing streak with a 1-1 home draw against Valencia last weekend. Celta were the better side and are tipped to improve more this weekend and end their winless run.

Getafe 92/10
Draw 52/10
Real Madrid 1/4
La Liga strugglers Getafe will host giants Real Madrid. The league leaders returned to winning ways with a routine home victory over Espanyol, despite playing for almost forty minutes with ten men. Getafe are in horrendous form having lost their last two games and are also winless in their last eight games. Real Madrid triumphed 3-0 and 4-1 against Getafe last season and I expect similar here. 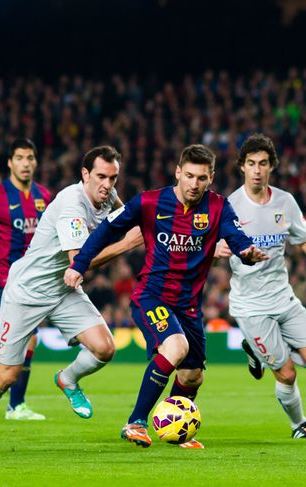 Draw 11/2
Granada 13/1
Fresh off of their loss to Barcelona, Atletico will be up for it against bottom of the table Granada here. Atletico fell four points off leaders Real Madrid and can’t afford any more slip-ups in the near future. Granada are on a fourteen match winless run and have never beaten Atletico in their six head-to-heads. Atletico have won the last five meetings, drawing the first of the six matches between the sides and another win looks a banker bet for the home side.

Deportivo 13/1
Draw 6/1
Barcelona 2/11
Lionel Messi showed why he is the boss at Barcelona making the first two goals and scoring the third in a 3-1 win over Atletico Madrid at the Nou Camp. Barca couldn’t have wished for a better result as their three star forwards finished the match on the scoresheet in Neymar, Luis Suarez and Messi. They travel to Deportivo this weekend who lie just three points above the relegation zone. Deportivo have just fourteen goals in eighteen matches this season and with no value in the Barca win, the Which Team To Score Market offers some value in backing Barcelona to be the Only Team To Score at 8/10.

Elche 12/10
Draw 21/10
Levante 5/2
Elche moved off the foot of the standings on Sunday courtesy of an impressive 2-1 victory at Athletic Bilbao. They host a Levante side who drew 1-1 at home to Deportivo, which was their fifth draw in six games. Elche did well to draw 2-2 with Villarreal in their last home game and with both meetings between the sides being drawn last season, I’m ruling that result out and going with the home team for the victory.

Sevilla 13/20
Draw 27/10
Malaga 42/10
Sevilla continued their impressive form at the weekend when they beat Almeria 2-0 on the road to move into fourth spot. Malaga are coming off a home draw with Villarreal and will need to improve if they expect to get anything out of this match. Sevilla are unbeaten at home winning six times and drawing three. Sevilla have not conceded a single goal in their last four matches and look firm favourites for the win.