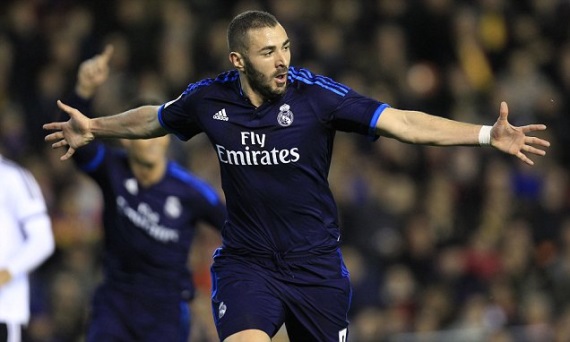 The showdown between Barcelona and Atletico Madrid highlights this weekend’s fixtures in La Liga. In many respects, this fixture has taken on more significance than the El Clasico in recent times. Atleti won their first league title in 18 years at Camp Nou in 2014, Barca repaid the favour at the Vicente Calderon a year later. Now we come to a league game of the utmost importance. A win for the hosts and they go three clear with a game in hand. Were Barca to win that then a six-point lead at this stage, whilst not insurmountable, will be very difficult to bridge. Any points dropped will favour Real Madrid who play host to Espanyol on Sunday. Zinedine Zidane has already had two lopsided wins in the comfort of Madrid’s Santiago Bernabeu stadium since taking over from the much-maligned Rafa Benitez. 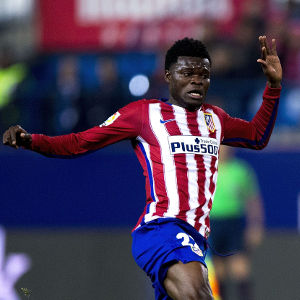 
Eibar 14/10
Draw 21/10
Malaga 19/10
Eibar missed a chance to climb above Celta Vigo into fifth place in La Liga when they surrendered an early lead and were beaten 5-2 at Athletic Bilbao last Sunday. That defeat snapped a four-match winning streak and left them in sixth place, a point behind Celta Vigo. Eibar will be happy to return to their home stadium where they remain unbeaten in four matches with three wins on the spin. Their opponents, Malaga, suffered their second straight defeat, losing 2-1 at home to Barcelona. Javi Gracia’s men have given Barcelona a rough ride during the four times they have met in the last two seasons and they will probably feel they should have taken at least a point from that game. The Boquerones are now winless in three matches and lost 2-1 to Sevilla in their last away game. A tight affair is expected, but Eibar are tipped to bounce back with a win at 14/10.

Getafe 24/10
Draw 22/10
Athletic Bilbao 11/10
Getafe went down 3-2 away to Granada last weekend, despite the latter squandering a two-goal lead. Two goals in the space of four minutes from Stefan Scepovic and Moi Gomez had brought Getafe level, but Ruben Rochina’s powerful strike in the 77th minute brought great pain to Fran Escriba’s side. That defeat ended Getafe’s six-match unbeaten run in La Liga. Athletic Bilbao came from behind to secure a 5-2 win over Eibar to cement their place in the top half of the Primera Division. A ninth win of the season takes Bilbao on to 31 points, just two behind Eibar, who remain in sixth place in the table. Aritz Aduriz has been in red-hot form this season having scored 13 goals and four assists in 20 appearances. His predatory instincts in the box make him a tough task to defend. Bilbao are tipped to come away with maximum points. 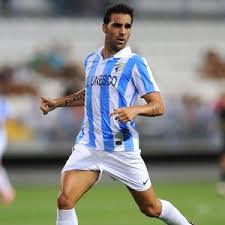 Las Palmas 31/20
Draw 21/10
Celta Vigo 17/10
Las Palmas suffered a 3-2 defeat away to fellow strugglers Levante on Monday night. The newly-promoted club dropped down to 19th place following consecutive losses. They are winless in four matches, but will be confident of getting a result against Celta Vigo. Eduardo Berizzo’s side have lost four of their last five games in La Liga and with Barcelona reportedly closing in on the loan signing of Nolito, will only make matters worse. The draw looks likely at 21/10.

Real Sociedad 7/10
Draw 26/10
Real Betis 37/10
Real Sociedad were hammered 5-1 away to Sporting Gijon last Friday night with Antonio Sanabria scoring a hat-trick. Eusebio Sacristan’s side have won just once in seven matches in La Liga with three defeats. Results will need to improve quickly if Eusebio is to avoid the same fate David Moyes suffered. They’ve got a real chance this weekend as they host a struggling Real Betis side. Juan Merino’s men are winless in eight matches with three defeats in their last four away games. Real Sociedad are unbeaten in their last two home games and should edge the win here. 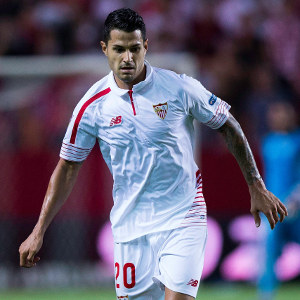 Sevilla 7/20
Draw 36/10
Levante 15/2
Sevilla held Atletico Madrid to a goalless draw at the Vicente Calderon Stadium last weekend. Los Rojiblancos will return to their home stadium where they’ve won their last 10 matches in all competitions, scoring 21 goals and keeping eight clean sheets – conceding just three times. Levante pulled themselves to within two points of La Liga safety thanks to Jose Luis Morales’ double against Las Palmas. The bottom-placed side, however, are winless in five away matches with four defeats. Sevilla are tipped to Win with a Clean Sheet at 15/20.

Valencia 7/10
Draw 27/10
Sporting Gijon 37/10
Alvaro Negredo saved Gary Neville’s bacon with a last-gasp equaliser in a 1-1 draw against Deportivo La Coruna. Neville admitted he was not happy with the result but was proud of his players for fighting until the end. The 40-year-old is still winless in eight La Liga games since taking over at Mestalla. This weekend, Neville has a good chance to record his maiden league victory as his side host Sporting Gijon. The relegation-threatened club thrashed Real Sociedad 5-1 last time out, but have lost their last eight away games, conceding 19 times while finding the net just once. Valencia have to win some time and surely it’s got to happen here.

Villarreal 9/20
Draw 33/10
Granada 6/1
Mateo Musacchio’s late header rescued Villarreal a 2-2 draw at Espanyol, extending the visitors’ unbeaten streak in La Liga to seven matches. The Argentine defender nodded home at the far post with two minutes of regular time to play, as Villarreal stole a point after a sluggish showing. The Yellow Submarine are now winless in three matches with consecutive draws. Granada recorded a 3-2 home win over Getafe in an entertaining encounter last weekend. Fran Rico and Youssef El Arabi gifted Granada a two-goal lead before the break, but Stefan Scepovic and Moi Gomez helped get Getafe back in it. Nevertheless, Ruben Rochina’s second-half goal ensured the full three points for Jose Ramon Sandoval’s men. Granada will be hoping to build on that victory, but their away form is a major concern. Granada have lost four consecutive away games in all competitions, conceding 17 times and finding the net on just two occasions. Take the home win at 9/20. 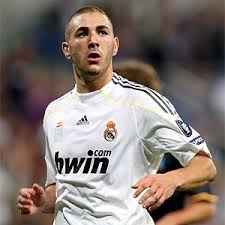 Real Madrid 1/11
Draw 77/10
Espanyol 17/1
Zinedine Zidane failed to win for the first time since taking over as Real Madrid coach after his team were held to a shock draw at Real Betis. Struggling Betis scored their first goal in eight matches when Alvaro Cejudo volleyed in a stunning opener. Madrid dominated from that point and should have won a penalty after Karim Benzema was tripped before half-time. But they took a point – leaving them four adrift of Barcelona and Atletico Madrid – thanks to Benzema’s tap-in. Zidane will welcome the return to the Santiago Bernabeu where he won his opening matches against Sporting Gijon and Deportivo La Coruna at a canter. Zidane has said he believes his team can still win the La Liga this season, and with Barcelona playing Atletico Madrid this weekend, victory against Espanyol will be ever so crucial. Espanyol are winless in seven matches with five defeats. Back Real Madrid to Win By Three Or More Goals at 15/20.