Atletico Madrid eased to a 3-1 win over Eibar last weekend which saw Fernando Torres score his 100th goal for the club. However, Barcelona maintained their three point lead – with a game in hand – over Atleti at the top of La Liga with a 2-0 win over Levante. But Real Madrid are hot on the pair’s heels after a hard-fought 2-1 victory over Granada. Meanwhile, the pressure continues to build on Valencia boss Gary Neville after his winless La Liga streak stretched to nine games with a 1-0 defeat at fellow strugglers Real Betis. We can expect another exciting weekend in La Liga with enticing odds on offer. Sporting Gijon 13/10
Draw 23/10
Rayo Vallecano 2/1
Gijon play host to Rayo Vallecano on Friday who are a point above them in 15th place on the table. Gijon extended their unbeaten run to three matches following their 1-1 draw at home to Deportivo La Coruna last weekend. Prior to that result, they won back-to-back games, beating Real Sociedad 5-1 at home and ending Valencia’s 22-game unbeaten run at the Mestalla Stadium, thanks to Antonio Sanabria’s sole effort. Paco Jemez’s side climbed out of the relegation zone after beating fellow strugglers Las Palmas 2-0 thanks to goals from Miku and Bebe. Vallecano are unbeaten in four matches, but their away form is a huge concern. They are without an away victory in nine matches with six defeats. Take the home win at 13/10.

Real Madrid 9/2
Draw 11/2
Athletic Bilbao 97/10
Luka Modric scored a stunning late winner to get Real Madrid out of jail against a lively Granada side whose performance deserved at least a point. That was Zinedine Zidane’s first away win since taking over the squad. Los Blancos are unbeaten under Zidane with four wins from five games. At the Santiago Bernabeu, they’ve won their last three matches, scoring a minimum of five goals in each. In total, they’ve scored a remarkable 16 goals, while conceding just once. Athletic Bilbao have lost three of their last five away games, including a 6-0 thrashing by Barcelona. Take Madrid to Win on the Half-time/Full-time Double at 13/20. 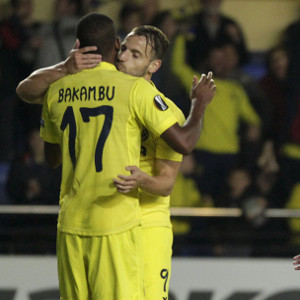 Villarreal 1/1
Draw 23/10
Malaga 3/1
Villarreal eked out a point from a dismal goalless draw at Athletic Bilbao to maintain their challenge for a top-four finish in La Liga. Marcelino Garcia Toral’s men are unbeaten in 10 league matches with seven wins. However, three of their last four games have ended in draws. The Yellow Submarine will be hoping to return to winning ways here, but will face a stern test against in-form Malaga. Javi Gracia’s men have won back-to-back games, beating Eibar 2-1 away and Getafe 3-0 at home last Friday. Malaga are unbeaten in their last three meetings with Villarreal having won twice. However, the sides look evenly matched and are tipped to cancel each other out.

Valencia 9/10
Draw 5/2
Espanyol 31/10
Neville’s Valencia lost 1-0 at Real Betis in a result that extended the team’s winless streak in the league to 12 games, nine of those under the former England defender. That was their third straight defeat, following their 7-0 thrashing by Barcelona in the Copa del Rey last Wednesday. They’re favourites to beat Espanyol this weekend, which tells you how bad Constantin Galca’s side are doing. Periquitos suffered a 5-0 thrashing from Real Sociedad on Monday night. Espanyol are winless in nine matches with seven defeats. They are yet to win an away game in 10 matches in all competitions with nine losses, including six in a row. Surely Valencia can beat that. Deportivo La Coruna 8/10
Draw 5/2
Real Betis 36/10
Deportivo came from behind to earn a 1-1 draw at relegation-battlers Sporting Gijon, but remain without a win since before Christmas. Following their 5-0 defeat from Barcelona last month, Victor Sanchez’s side have drawn four games in a row. The Galicians will be hoping to claim maximum points this weekend when they host Real Betis. Ruben Castro scored the only goal of the game in Betis’ 1-0 victory over Valencia last Sunday. Chelsea loanee Charly Musonda impressed on his debut, while the loan arrival of Leandro Damiao will add firepower to Juan Merino’s side. However, that was Betis’ only victory in 10 matches in La Liga. Deportivo are unbeaten in six meetings with Real Betis having won four times. In what should be a tight affair, I’m going for Both Teams To Score at even money.

Real Sociedad 13/20
Draw 27/10
Granada 9/2
Real Sociedad stormed to their biggest win of the season when they thrashed Espanyol 5-0 on Monday. Eusebio Sacristan’s side delivered a devastating attacking performance that saw them rise to 11th in the standings. Sociedad are unbeaten in their last three home games with wins over Valencia and Real Betis. Their opponents, Granada, have lost six of their last seven matches in all competitions, scoring five goals and conceding 21 times. They’re yet to win an away game this year and Real Sociedad are tipped to pick up maximum points at 13/20.

Sevilla 7/20
Draw 4/1
Las Palmas 8/1
Sevilla managed to claim a 1-1 draw with Celta Vigo as Federico Fazio received a red card on his return debut. Unai Emery will be disappointed to be without Fazio for the next few games, but a return to Ramon Sanchez-Pizjuan Stadium is a reason to be cheerful. Los Rojiblancos have won 10 home games in a row, beating Spanish giants Real Madrid and Barcelona in the process. They welcome relegation-threatened Las Palmas to Seville on Sunday. The newly-promoted club are yet to win an away game this season, losing eight of their 11 games played. The home win is a banker bet at 7/20 so include it all your multiples.

Eibar 15/20
Draw 26/10
Levante 39/10
Eibar succumbed to a 3-1 loss away to Atletico Madrid last weekend, their third straight defeat. The Basque side have looked much better at home, winning four of their last six games in all competitions. Eibar will be hopeful of returning to winning ways against bottom-placed Levante. Rubi’s side have lost their last five away games in all competitions and there have been no signs of improving. The home win is tipped at 15/20. 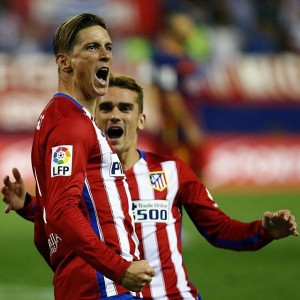 Getafe 57/10
Draw 11/4
Atletico Madrid 11/20
Getafe suffered a 3-0 defeat by Malaga last Friday night which was their third straight loss. They face a tough test against Atletico Madrid on Sunday. Torres finally scored his long-awaited 100th Atletico Madrid goal as they came from behind to defeat Eibar 3-1 at the Vicente Calderon. Atleti are second on the table, three points behind leaders Barcelona – who have a game in hand – and a single point above rivals Real Madrid who sit third. Diego Simeone’s men will be hoping to put in a run of wins together after some disappointing results in recent weeks. The away win is tipped confidently at 11/20.

Barcelona 1/14
Draw 97/10
Celta Vigo 28/1
Barcelona did just enough to defeat last-place Levante 2-0 last Sunday and tie with their all-time record of 28 consecutive games without a loss. Last season’s treble winners are in a rich vein of form and have won 11 of their 12 home games, scoring 40 goals while conceding eight times. The world’s greatest attacking trio of Lionel Messi, Luis Suarez and Neymar have scored a total of 58 goals this season. Barca have only lost twice in La Liga against Celta Vigo and Sevilla. Their defeat against Celta Vigo was humiliating and the biggest under Luis Enrique. This weekend Barca will have an opportunity to avenge that loss, with Celta Vigo struggling to replicate the form they showed in the early season. The Catalans are invincible at the Camp Nou and should be backed on the Half-time/Full-time Double at 3/10.