The English Premier League season serves up their biggest match thus far as champions Manchester United host Jose Mourinho’s Chelsea. The departure of Sir Alex Ferguson has seen Chelsea, along with Manchester City, become favourites to wrestle the title away from the champions. This match will be a test to new manager David Moyes, a chance to prove his doubters wrong as he did last weekend against Swansea. Chelsea are yet to play Wednesday’s league match against Aston Villa at the time of writing. 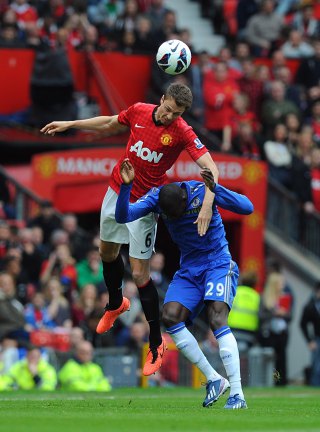 Manchester United
Manchester United sent out a stern warning as they easily dismantled Swansea City with a 4-1 win at the Liberty Stadium. Two eye-catching goals from Robin van Persie, either side of an effort from Danny Welbeck, gave the Red Devils a commanding three-goal lead. Michael Laudrup’s men pulled a goal back through league debutant Wilfried Bony, but Welbeck rounded off the win for the visitors with a well-taken second goal scooped over Michel Vorm. Following his performance for England against Scotland last Wednesday, Moyes named Wayne Rooney on the bench, as speculation over his future at Old Trafford continues. Rooney announced his comeback with a lovely through-ball for Welbeck’s last goal. David Moyes calmly took the first steps on a journey of indeterminate length, undertaken amid unprecedented scrutiny. For years we have imagined what Manchester United might look like without Sir Alex Ferguson. For now, the answer is: much the same as before. Of course, there are sterner tests to come and steeper paths to be travelled. Nevertheless, it was impossible to disguise the satisfaction emanating from an entire football club that the first fence had been negotiated so well. United were effortlessly good. Those hoping to exploit the vulnerabilities caused by regime change will have to wait. Jose Mourinho made his return to the home dugout at Stamford Bridge on Sunday after six years away and quickly slipped back into the old routine, overseeing a 2-0 defeat of Hull City that extended his run of unbeaten home games in the English top flight to 61. The game was over once Frank Lampard made it 2-0 with a 30-metre free-kick in the 25th minute, but Mourinho’s men can expect a more searching examination as they prepare a visit to Old Trafford. Hull were overrun in the first half hour and Chelsea should have taken the lead as early as the sixth minute when Lampard had a penalty saved. Brazilian midfielder Oscar opened the scoring seven minutes later when he slotted home after being set up by Kevin de Bruyne. This is a Chelsea very different from the one Mourinho had last time around. The squad is under construction and has some of the finest young talents. There are no untouchables unlike Mourinho’s previous stint but if he can wave his magic wand just like he did before, they could be even better than the team he assembled almost a decade ago. Fernando Torres looks to be Mourinho’s first choice striker and judging from the Spaniards performance against Hull, Chelsea’s attacking midfielders are more likely to be relied upon for goals.

VERDICT: Draw 23/10
Chelsea got the win here last season. However, United managed to win at Stamford Bridge prior to that. United were excellent at home last season, racking up 16 wins from 19 matches, losing three. Chelsea were decent on the road with ten wins while losing five of their 19 travels. The ‘Mourinho effect’ will certainly help Chelsea believe they can brush aside the champions but judging from United’s first league performance, they’ll want to continue on what was enjoyed last season. It should be a tight match and they are tipped to cancel each other out.