Mosimane: I can’t tell you how the season will pan out 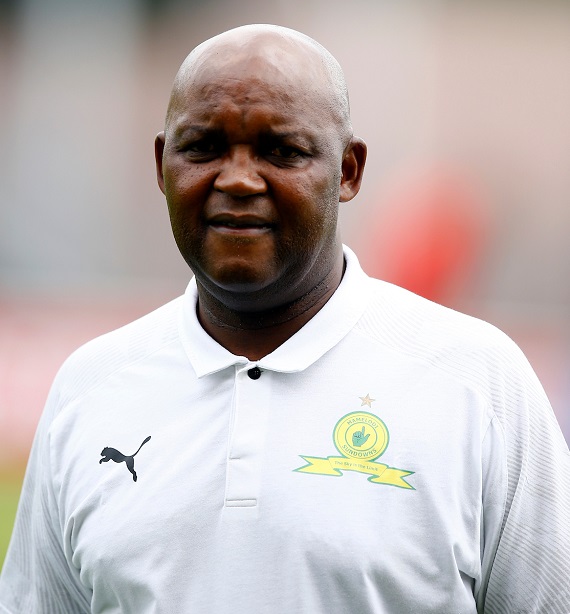 Pitso Mosimane says it is impossible to predict how Premier Soccer League clubs will perform when the 2019/20 season restarts.

Play has been suspended for three months and talks are still underway as to exactly where and when the league will be able to resume.

Mamelodi Sundowns headed into the enforced break, as a result of the coronavirus outbreak, in second on the league standings, just four points behind leaders Kaizer Chiefs and with a game in hand.

Downs are the reigning champions and have nine games to retain to their title.

But speaking to the Sowetan, the decorated head coach said while normally he would back the Brazilians to storm to the top, this season it isn’t as clear what will happen.

He said: “You see‚ when it is a normal environment‚ I always say we (Sundowns) can make it (win the league).

“Even when we were 11 points behind Kaizer Chiefs in the first year we won the league‚ I still said we would make it and this was based on normal circumstance.

“But this time is the only time I can’t tell you (what is going to happen)‚ I must tell you the honest truth.”

He added: “I don’t how we (Sundowns) will be when we come back because I am looking at Barcelona‚ for an example‚ and before Covid-19 they were top of the log in Spain (and two points clear of Real Madrid) and doing very well.

“And after (resuming play in Spain)‚ look at them (Barcelona are second and four points behind Real Madrid‚ who are now the leaders).

“It has boiled down to the substitutions‚ the changing of the team‚ putting these players in‚ players are not ready‚ injuries‚ the inability to play the same players for successive games‚ five subs.

“So this one (Absa Premiership race) is a difficult one‚ it is not a normal one. The normal one I know what’s going to happen‚ but this one‚ I really can’t tell you how it’s going to pan out.” Sapula: Maluleka will be challenged at Sundowns
Italian Serie A: Week 31 Preview