The ABSA Premiership starts this weekend. Kaizer Chiefs kick the league off on Friday evening when they travel to Mpumalanga to face Black Aces, but the pick of the opening round of matches will be played on Sunday at the vibrant Free State Stadium. Clinton Larsen’s Bloemfontein Celtic will host Mamelodi Sundowns, who are looking for a better finish this season after their joint-worst ever finish in the PSL last season. Ex-Bafana Bafana coach Pitso Mosimane took over the reins during last season and has built a promising team capable of challenging for the league title. 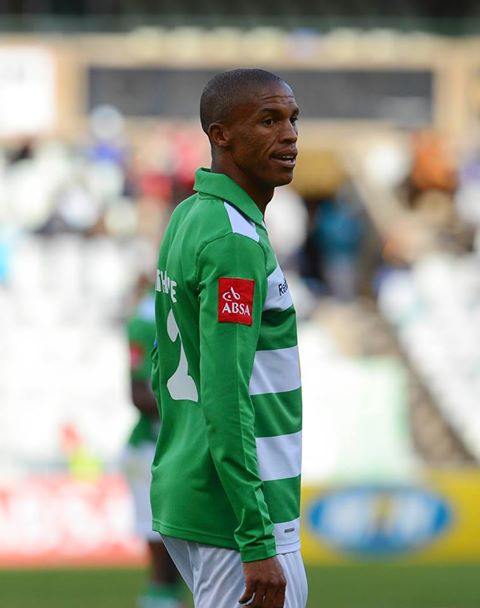 Bloemfontein Celtic
Bloemfontein Celtic enjoyed a good workout ahead of the new season as they beat SuperSport 2-0 in a semi-final and edged Winners Park 2-1 in the final to lift the Mopani Charity Cup in NkowaNkowa Stadium on Sunday. Celtic had a good 2012/13 season finishing fifth on the log and also scooping the Telkom Knockout Cup. They have now finished in the top eight for the last four seasons. Their Telkom Knockout victory came from a 1-0 win against their opponents this weekend.  They beat Sundowns 1-0 to lift their first piece of silverware since 2005. The season also saw the emergence of some exciting young talents that appear destined for bright futures. The likes of midfield schemer Ruzaigh Gamildien, Botswana winger Joel Mogorosi and Lerato Manzini produced some high quality football last season and will be key men again. Captain Thabo Nthethe and Dominic Isaacs provide Celtic with a sturdy defence that concede very little at the Free State Stadium.

A strong run in the final month of the season saw Siwelele unbeaten in their final five games, beating Arrows, Sundowns and SuperSport and drawing to Free State Stars and Swallows, thanks to five goals from Mogorosi and two from Gamaldien. They had the second best home record in the league last season, behind Platinum Stars. They lost just three matches out of 15, winning nine times. Larsen has stated that out of all his signings he is impressed with Musa Nyatama and went so far as to tip the midfielder as the player to watch this season. The 25-year-old former Maritzburg United player was never given sufficient game time at Mamelodi Sundowns. Mamelodi Sundowns wrapped up a successful pre-season tour of Ghana in fine style with a comprehensive 2-0 victory over Cape-Coast Mysterious Ebusua Dwarfs in their last friendly match of the tour. Coach Pitso Mosimane’s men turned up the heat in their last match and especially new man Cuthbert Malajila, who netted a brace. They started their tour with a 1-1 draw against Ghanaian giants, Hearts of Oak. They then played Asante Kotoko, showing character to beat them 2-0 after going down to ten men, losing Anthony Laffor in the second half when the score was 0-0. Mosimane took over as head coach of Sundowns in December of last year. Dutchman Johan Neeskens had a bad start to the season and was fired with the club sitting second from bottom with six losses and just two wins from their 12 matches. Mosimane’s reign started well, the team drawing with Free State Stars before beating Black Leopards and Bidvest Wits, although draws to Chippa United and Chiefs before Christmas took away the momentum somewhat.

Going into 2013, inconsistency remained the Pretoria side’s biggest foe, the team only once putting together a string of more than one consecutive victory, when they hit a purple patch in late April and early May with three straight wins. Sundowns travelled decently, losing just four out of 15 travels and winning five. They conceded just 12 goals on the road, scoring 17. Sundowns newcomer Bongani Zungu says he already feels at home with the Tshwane outfit after the successful pre-season tour of Ghana. The 20-year-old joined the Brazilians earlier this month after a breakout campaign with the University of Pretoria last term earned him a move to Chloorkop. The talented midfielder has seemingly slotted into Pitso Mosimane’s side with consummate ease after he played in all four friendly matches in West Africa, even managing to score a goal against Asante Kotoko. “We covered so much ground in Ghana as a team, and for one I’m very amazed at how quickly we have clicked as a team in such a short period.” Zungu was one of a host of new signings for Downs in the off-season, along with the likes of Kennedy Mweene from Free State Stars and Cuthbert Malajila from Maritzburg United, and the former AmaTuks star believes all the new recruits are adjusting well to Mosimane’s methods.

VERDICT: Draw 21/10
Celtic have only beaten Sundowns twice in 18 league meetings. Sundowns won this fixture 1-0 last season but Celtic went on to win the reverse fixture by the same scoreline in Pretoria. Mosimane has brought in players to implement his style of play and they will be difficult to beat this season. However, Celtic are strong at home and the draw looks your best bet.