Round of 16: Spain vs Russia soccer world cup Preview 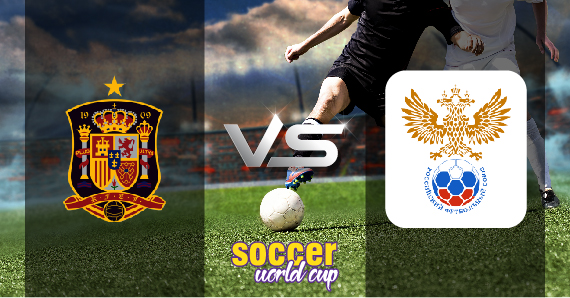 Hosts,Russia, will look to up set the applecart when they comeup against Spain in the round of 16.

Group B winners Spain will meet host nation Russia in the knockout stages at the Luzhniki Stadium on Sunday.
These sides met in a friendly back in November last year with the Russians coming back twice in the game to earn a 3-3 draw at Saint Petersburg Stadium.

Spain
Spain were my pick to win this year’s soccer world cup, but La Roja will know they need to improve if they are to emulate their 2010 success. Monday’s 2-2 draw with already-eliminated Morocco raised more than a few eyebrows but it was not quite enough to deny Fernando Hierro’s side a place in the Last 16.
With Portugal also drawing with Iran, Spain progressed as group winners by virtue of goals scored. La Roja will be pleased to have avoided Group A winners Uruguay, although it won’t be easy against Russia.
Three games into Hierro’s international managerial career after the shock sacking of Julen Lopetegui, Spain have suffered the frustration of the 3-3 with Portugal, the uneasiness of the 1-0 victory over Iran and the relief of a late, controversial 2-2 draw with Morocco, which could have ended so very differently for them.
Hierro – an imperious centre-back in his playing days – will not be pleased that La Roja have conceded five goals in his three games in charge. With a backline of Dani Carvajal, Gerard Pique, Sergio Ramos, Jordi Alba and David De Gea in goal, Spain should not be leaking so many goals.
They will need to be solid against a Russia side that has found the net eight times. Solving the defensive issues will likely determine just how far Spain goes in this soccer world cup. They have world class players all over the pitch and if they can find their rhythm, the European giants can go all the way.

Russia
Russia had been flying high after exceeding expectations with impressive wins against Saudi Arabia and Egypt, but the hosts’ bubble was burst in their last Group A game as Uruguay triumphed 3-0 in Samara to finish top of the pile.
Igor Smolnikov was sent off against the Uruguayans but first-choice right-back Mario Fernandes, who was rested last time out, will return to the side while former Chelsea left-back Yuri Zhirkov and playmaker Aleksandr Golovin were also rested last time out and will return.
Denis Cheryshev, who was cut from the final squad for the 2014 soccer world cup by Fabio Capello, has been a revelation since coming off the bench early in the opening game. The Villarreal midfielder has lit up the tournament for the host nation, netting three goals.
Golovin has been instrumental in Russia’s surprise big wins against Egypt and Saudi Arabia. He created two goals and scored another as the hosts ran out 5-0 winners against Saudi Arabia. He was also brilliant against Egypt creating chances and making great runs. The 22-year old midfielder can unlock the best defence with his sharp through balls.
Verdict: Matchbet & Both Teams to Score – Spain & Yes (11/4)
There were six goals scored the last time these sides met and I’m expecting goals in this game. That said, Spain should have enough quality to beat the hosts. Back La Roja to Win and Both Teams to Score.