Things are starting to heat up at the summit of the Italian Serie with Napoli on 44 points and Juventus just two points adrift in second place. Juve are undoubtedly the most in-form team in Italy with the Champions currently on a 10-game winning streak. Title-challengers Inter Milan, Fiorentina and Roma all dropped points at the weekend and will be desperate to return to winning ways. There weren’t any major upsets last weekend other than cellar-dwellers, Hellas Verona, holding Roma to a 1-1 draw.

However, Gameweek 21 has a few exciting encounters, including a mammoth of a clash with Juventus hosting Roma. Let’s see if we can find good value on the betting front! 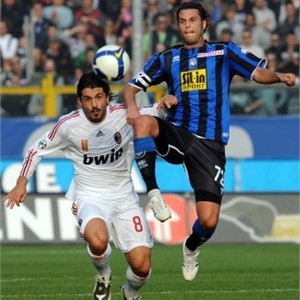 Frosinone 5/2
Draw 24/10
Atalanta 21/20
Newcomers Frosinone get week 21 of the Italian Serie A underway this Saturday. The hosts have looked dreadful since their league debut. They have lost five of their last seven matches, including three home defeats on the trot. Atalanta are up next, and come to town off the back of a hard-fought 1-1 draw at home against Inter Milan – ending a run of four defeats on the spin. The Nerazzurri have struggled on the road, scoring just six goals in 10 travels which has lead to them only claiming two victories away from home. However, I do believe Atalanta will do enough to edge the win, but for a safer bet, back Under 2.5 Goals at 15/20 – the last three meetings have all ended that way.

Empoli 2/1
Draw 21/10
AC Milan 14/10
Empoli have been in top form with five wins from their last seven matches. Dark horses for a place among Europe’s elite, Empoli are placed seventh on the log, just one point behind their more illustrious opponents. AC Milan got back to winning ways last time out with an emphatic 2-0 victory on home soil against Fiorentina. The result brought Milan up to sixth in Serie A, but they will need consistency at the highest level if they are to challenge for the European places. Judging by the form of both sides, Both Teams To Score is on the cards, and can be found at 17/20.

Fiorentina 8/10
Draw 5/2
Torino 7/2
Fiorentina have been poor of late with consecutive defeats, scoring a solitary goal, while conceding five times in the process. However, they return to their home ground where they have excelled, winning seven of their 10 matches, scoring 21 goals and conceding just eight times. Torino broke their three-match losing streak with a 4-2 victory over relegation-threatened Frosinone. However, they have been dismal away from home, and their record against Fiorentina leaves a lot to be desired. Back the home Win + Both Teams To Score at 28/10. 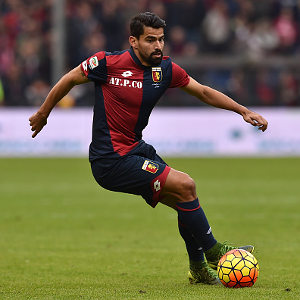 Hellas Verona 18/10
Draw 21/10
Genoa 29/20
Despite Hellas Verona’s courageous 1-1 draw at Roma last time out, they remain rooted to the foot of the table without a victory after 20 matches and are now 12 points adrift of safety. Genoa will travel to Hellas Verona high on confidence, claiming back-to-back wins, while scoring six goals without conceding. They haven’t been brilliant on the road, but their current form is enough to take them to the promised land. Genoa have won the last two meetings against Verona and are tipped to build on that.

Inter Milan 7/20
Draw 7/2
Carpi 15/2
Inter Milan, along with Napoli, have the best defensive record in the league. The Nerazzurri’s backline may be solid, but their attacking prowess is the worst of the top six teams. Carpi will look to upset the applecart and their current form suggests they can. Ten-man Carpi claimed three crucial points in their battle to beat the drop by downing Sampdoria 2-1 at the Stadio Alberto Braglia. However, despite back-to-back home wins, new boys Carpi remain in the relegation zone, fighting for another season in the top flight. Inter won the reverse fixture 2-1 and are tipped to do the double over Carpi.

Lazio 13/20
Draw 27/10
Chievo 42/10
Lazio extended their unbeaten run to six matches in all competitions with a hard-earned 2-2 draw at Bologna last Sunday. Their opponents Chievo settled for a 1-1 draw at home to Empoli as they remained 10th on the log. The Gialloblu won the reverse fixture 4-0, but with Lazio returning to their ground, a much different ball game is expected. A cagey affair looks a given, but Lazio are tipped to exact revenge with a victory in front of their die-hard supporters. 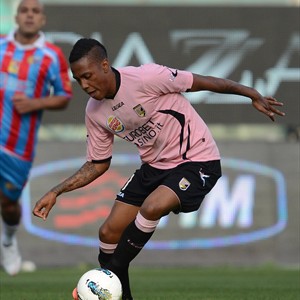 Palermo 7/4
Draw 21/10
Udinese 16/10
Palermo have been disastrous in recent weeks with five losses from their last seven matches. Udinese haven’t been any better, suffering consecutive defeats against newly-promoted Carpi (2-1) and then champions Juventus (4-0). Palermo are 17th on the log, just three points off Udinese in 13th place. Both sides have struggled to score goals this term while their backlines have looked shaky all season. Neither team can afford to lose this one, which makes for an exciting matchup. Four of the last five meetings have seen Both Teams Score – Follow the trend at 9/10.

Sampdoria 52/10
Draw 67/20
Napoli 9/20
Sampdoria have lost two matches on the bounce and will be desperate to return to winning ways this weekend. However, that’s is going to be a difficult task given their opponents are high-flying Napoli, who refuse to leave the summit of the table. The Azzurri have been in top form with four wins in a row, scoring 13 goals. Sampdoria are winless against Napoli in the last nine meetings, including six defeats. Nonetheless, la Samp have given a  decent account of themselves on their ground. Napoli are priced up short at 9/20, so rather take them to Win + Under 2.5 Goals at 26/10.

Sassuolo 8/10
Draw 23/10
Bologna 36/10
Sassuolo’s unbeaten run of five matches came to an end last weekend with a 3-1 defeat at Napoli. However, they will gladly return to their ground where they remain unscathed with four wins and four draws from eight matches. Bologna gave away a 2-0 lead last time out, as Lazio came from behind to earn a 2-2 draw. The Rossoblu’s travelling record doesn’t bode well for their chances, with Bologna losing five of their nine games, scoring just eight goals. The home win is tipped. 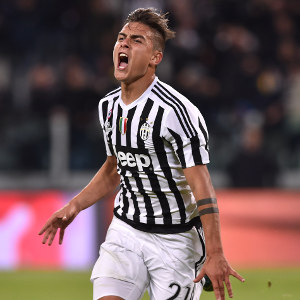 Juventus 13/20
Draw 26/10
Roma 42/10
Juventus blew Udinese away with a 4-0 victory at the Stadio Friuli, to record their 10th consecutive Serie A victory. The reigning champions are now second after a brace from Paulo Dybala and goals from Sami Khedira and Alex Sandro confirmed an emphatic away win before the half-time whistle had even been blown. Roma, for all the quality among the team, have battled to find their feet this season. They have managed just one win from their last eight matches. Roma’s 1-1 draw at home against winless Hellas Verona last Sunday, summed up their campaign, and should this horrific form continue, the Giallorossi can kiss their chances of Champions League football goodbye. The Old Lady look unbeatable at present and are tipped to record their 11th straight victory.