Gonzalo Higuain hit his 24th goal in as many Serie A games as triumphant Napoli and Juventus moved closer towards a scudetto duel after slip-ups by title rivals Inter Milan and Fiorentina. Napoli’s 17th win of the season helped maintain their two-point cushion above champions Juventus, who saw Juan Cuadrado break the deadlock on 73 minutes and Paulo Dybala score at the death, to wrap up a patchy 2-0 win away to league new boys Frosinone. Napoli are bidding to win their first title in 26 years and will travel to Juve this weekend looking to hand the champions defeat for a second time this season.

It’s heating up at the summit – and with Napoli’s, Higuain in the form of his life, and Juve’s Dybala continuing to shine bright – it makes this weekend’s blockbuster all the more mouth-watering. Lazio 5/10
Draw 33/10
Hellas Verona 52/10
Lazio missed the chance to leapfrog Empoli and Sassuolo in the Serie A standings as they were held to a goalless draw by Genoa. The point leaves Stefano Pioli’s men in ninth, 11 points off the European places. Hellas Verona remain rooted to the foot of the table, nine points from safety after drawing 3-3 at home to Inter Milan. The cellar-dwellers have registered just one win from 24 games, scoring 19 goals and conceding 37 times. Lazio have been fairly decent on their turf and should do enough to get the win here.

Carpi 32/10
Draw 5/2
Roma 17/20
Newcomers Carpi put in a good shift at Napoli last time out with the leaders needing a penalty to claim maximum points. Nonetheless, it was Carpi’s second defeat in as many games. Roma come to town in good form, winning three matches in a row, and the Giallorossi will be looking to leapfrog Fiorentina and Inter Milan. It should be a tight encounter with Carpi aiming to climb out of the relegation zone, while Roma will be trying to make ground on the table-toppers Napoli. However, Roma are looking far better at present and should do enough to edge the win. Empoli 11/20
Draw 31/10
Frosinone 47/10
Empoli extended their winless run to five matches last weekend with a goalless draw away to Atalanta. Relegation-bound Frosinone fell to a 2-0 loss on home soil against champions Juventus, making it four defeats from their last six matches. Their record this season on the road leaves a lot to be desired, as the new boys remain without a win on their travels, suffering nine defeats from 11 games, scoring just eight goals and conceding 28 times. A close encounter in expected, but Empoli are tipped to capitalize on home advantage.

Chievo 15/10
Draw 21/10
Sassuolo 19/10
Chievo laboured to a hard-fought 2-1 win away to Torino last weekend – ending a run of three consecutive defeats. Sassuolo were held to a disappointing 2-2 draw at home last Sunday to extend their winless run to six games, including three defeats. Chievo have managed just three wins from 11 matches at home whilst Sassuolo have registered just four victories from 12 games. Both teams have struggled to score goals this term, so the Under 2.5 Goals market looks the best bet at 6/10. 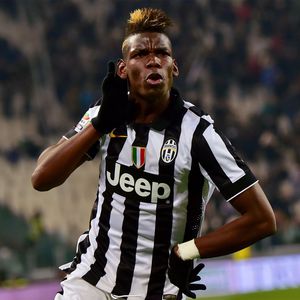 Juventus 11/10
Draw 24/10
Napoli 5/2
A top of the table clash sees title holders Juventus lock horns with leaders Napoli in Turin. Napoli and Juventus both recorded narrow victories against relegation-threatened sides to remain first and second in Serie A last Sunday ahead of their showdown this weekend. The Old Lady made it 14 successive Serie A victories, whilst Napoli recorded their eighth win on the spin. This one could go either way and with both sides possessing prolific strikers in Higuain and Dybala, this one has all the makings of a humdinger. The reverse tie ended 2-1 in favour of Napoli, but judging by the current form of both respective teams, a Draw + Both Teams To Score could be worth a dabble at a valuable 33/10.

AC Milan 7/10
Draw 27/10
Genoa 38/10
AC Milan failed to make it three wins out of three as they were held to a disappointing 1-1 draw against Udinese at the San Siro. However, the draw did stretch their undefeated run to six matches which includes three wins. Genoa have looked poor in recent weeks as they have failed to score a goal in their last three outings. Their away form this term has been dreadful as they have managed just one win from 12 games on the road, scoring just nine times. Back Milan to get the win. Palermo 2/1
Draw 22/10
Torino 29/20
Ten-man Palermo held out for a point in a frenetic 2-2 draw at Sassuolo last time out. The draw allowed the Sicilian team to gain another point over the likes of Carpi and Frosinone, keeping up a seven-point lead over their relegation rivals. Torino will look to end their terrible run of five games without a victory. The Maroons have struggled to find form this term and their away record of just two wins from 11 matches doesn’t give a fellow punter any confidence to back them. Palermo are priced up at 2/1 – definitely worth a punt.


Sampdoria 12/10
Draw 22/10
Atalanta 5/2
Sampdoria fell to a hard-fought 2-1 defeat at Roma last weekend. They have now lost five of their last six games and lie only five points above the drop. Atalanta hosted Empoli last time out, playing to a dour goalless draw, extending their winless run to eight matches. They visit Sampdoria with just two wins from 12 games on the road, finding the net just seven times in the process. Sampdoria have won six of the last seven meetings on their ground against Atalanta and are tipped to build on that.


Udinese 11/10
Draw 22/10
Bologna 26/10
Udinese played out their socks last Sunday to claim a well-deserved point at AC Milan as the respective sides played to a 1-1 draw. Bologna did well to get a 1-1 draw against Fiorentina the night before and will now look to upset the applecart when they visit Udinese. The Bolognese have lacked consistency on the road with five wins and six losses from 11 travels. This could be a tricky fixture to take a punt, but Both Teams To Score looks very tempting at 19/20. Fiorentina 5/4
Draw 9/4
Inter Milan 9/4
We end the weekend off with yet another cracker of a match as Fiorentina play host to Inter Milan. Fiorentina overcame the sending off of midfielder Matias Fernandez early in the second half to battle to a 1-1 draw at Bologna last Saturday evening. Inter then failed to capitalize but came from two goals down to secure a point in a thrilling 3-3 draw at Hellas Verona. Only a single point separates these teams, which shows just how tight it is at the top of the table. However, Fiorentina have won the last three meetings against Inter, scoring eight goals and conceding just once. The home win is tipped.