Juventus duly secured their fourth straight Scudetto with a 1-0 victory at Sampdoria on Saturday afternoon. Arturo Vidal scored the only goal of the game in the 31st minute to record Juve’s 31st Scudetto in Massimiliano Allegri’s debut season in the Bianconeri dugout. After winning the title so soon, Juventus can now focus all of their efforts on their next objective for the season, which is to win the Champions League. Turning the attention to Champions League football, an automatic place is wide open with second placed Roma just one point clear of city rivals Lazio, whilst Napoli are lurking in fourth spot waiting for the latter to stumble with four games to go. In the bottom half of the table, only Parma has been confirmed a Serie B team for the following campaign as Cagliari and Cesena’s hopes of another season in Serie A look as bleak as ever. But with four matches to go anything is possible as another season of graceful Italian football comes to a close.

Juventus 11/20
Draw 32/10
Cagliari 9/2
Juventus clinched a fourth consecutive Serie A title after a hard-fought victory over Sampdoria secured courtesy of Arturo Vidal’s first-half header. The Turin club needed only a point at the Luigi Ferraris Stadium to win their 31st Scudetto but got all three. Juve wrapped up the title, ahead of second-placed Lazio, with four games of the season remaining, having lost just three times in this campaign to date. Cagliari’s team morale should be high after their 4-0 demolition of bottom dwellers Parma on Monday night. The victory gives Cagliari a chance of survival but a slim chance at most. They are six points adrift of safety and they will need to be at their best if they are to get anything out of this game. However, Juventus are unbeaten on home soil and I doubt the relegation contenders can avoid defeat here.


AC Milan 26/10
Draw 24/10
Roma 21/20
AC Milan had Mattia De Sciglio sent off inside a minute as they slipped to a 3-0 defeat at Napoli, who moved to within four points of third-placed Lazio. Three losses on the trot has seen any hopes of Milan’s to qualify for Europa fade away. Roma climbed above city rivals Lazio and into an automatic Champions League place in Serie A after a 2-0 victory over Genoa at the Stadio Olimpico. Their second win in as many weeks has seen Roma score five goals and concede zero. Roma have the momentum going into this mammoth clash with Milan and they should do enough to get maximum points. 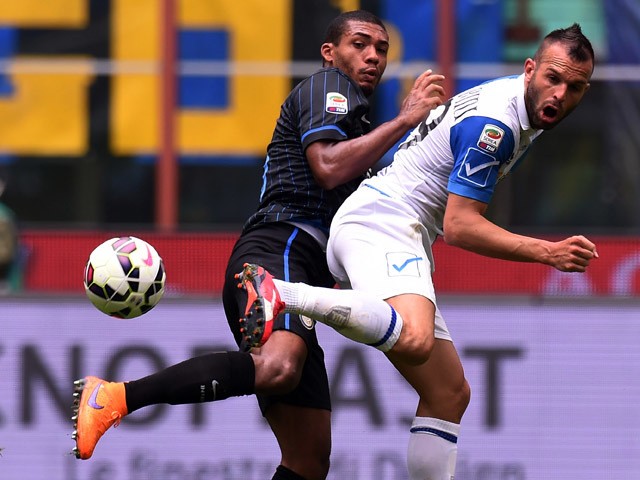 Chievo 5/4
Draw 9/4
Hellas Verona 22/10
Somebody left their shooting boots at home as Chievo battled to a hard fought goalless draw away to Inter Milan. Chievo are now unbeaten in their last five matches as they prepare to face city Rivals Hellas Verona. Verona are coming off a disappointing 1-0 defeat at home against Udinese which saw them receive two red cards. Verona have been inconsistent in recent weeks but will be looking to end their campaign on a high. Just one point and a place below Chievo this looks to be a tight encounter. Both teams will be looking to claim the victory as well as bragging rights. However, there can only be one winner and Chievo looks the team to come out on top.


Cesena 15/10
Draw 23/10
Sassuolo 18/10
Relegation bound Cesena  slumped to a 3-1 loss at the weekend away to Fiorentina. Winless in their last eight games, Cesena will be hoping to somehow claw themselves back to safety. A goalless draw at home against Palermo saw Sassuolo remain 16th on the table. They are now winless in their last six matches, including four losses. It may not be one of the most intriguing fixtures this weekend but Cesena are fighting for another season in Serie A, whilst Sassuolo haven’t yet assured their safety, so this one could go down to the wire. The reverse tie ended 1-1 but home advantage is tipped to separate the sides.


Udinese 17/10
Draw 22/10
Sampdoria 31/20
Antonio Di Natale scored the only goal of the match as Udinese claimed a 1-0 victory over nine-man Hellas Verona in Serie A this afternoon. Udinese have struggled to maintain winning form this season which now sees them placed 12th on the log but a win over Sampdoria could see them climb up as for as 10th. A 1-0 defeat against Champions Juventus saw Sampdoria’s unbeaten home record crumble. They are now winless in their last six matches, including three losses and three draws. Another defeat could see Sampdoria’s European hopes evaporate further. Udinese are tipped to get the victory at 17/10 but if you looking for more value take Udinese plus Both Teams To Score at a valuable 9/2.

Palermo 11/10
Draw 23/10
Atalanta 5/2
Palermo picked up their second consecutive draw as they settled for a goalless draw away to Sassuolo, whilst Atalanta drew their fourth straight match and their sixth stalemate from their last eight games. Both sides have struggled to find their form this season.  Palermo have been inconsistent on their turf, while Atalanta have managed only two victories from 17 travels. The reverse tie ended 3-3 apiece and judging by the current performance of both teams another draw is on the cards.

Draw 23/10
Fiorentina 14/10
At the time of writing Empoli have are yet to play their fixture away to Turin. Empoli’s last home match saw them thrash European hopefuls Napoli 4-2. Fiorentina ended their horrific form of four losses in a row with a 3-1 victory at home against relegation threatened Cesena. They will be looking to build on that here. Fiorentina are unbeaten against Empoli in the last five meetings, winning the last two meetings away from home. However, Empoli’s recent home form points to a draw.


Parma 67/10
Draw 4/1
Napoli 7/20
It’s written in stone; Parma will ply their trade in the second division. They have nothing to play for but pride. A 4-0 hammering at the hands of Cagliari on Monday night only added insult to injury as a depleted Parma side limp towards the finish line. Napoli strengthened their grip on fourth place in Serie A with an ultimately comfortable 3-0 victory over 10-man AC Milan at Stadio San Paolo on Sunday. After a frustrating 70 minutes the hosts netted three times in six minutes to secure all three points and re-establish their seven-point advantage over Fiorentina. Napoli have won four of their last five games and that impressive form should see them win both halves at 18/10.


Lazio 17/20
Draw 26/10
Inter Milan 3/1
A stoppage time equalizer saw Lazio earn a share the spoils when they travelled to Atalanta on Sunday. Five wins from their last eight matches, Lazio will be looking to pile pressure on Roma as they seek an automatic place in the UEFA Champions League. Inter Milan come to town unbeaten in their last six games after a dour goalless draw at the San Siro against a toothless Chievo side. Lazio have won the last three meetings at home against Inter and are tipped to add to that.

Genoa 27/20
Draw 9/4
Turin 2/1
Genoa are off the back of a 2-0 defeat away to Roma. However, they have been in great form, winning four of their last six matches, including their last three home games. Turin are unbeaten in their last six matches at the time of writing. Their last away game ended in a 2-2 draw at Palermo. Genoa are still gunning for a Europa League spot and they could keep that alive with a victory here.