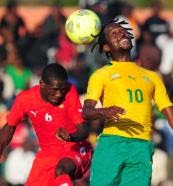 The third edition of the African Nations Championship (CHAN) kicks off at the Cape Town Stadium on Saturday with hosts South Africa facing Mozambique. The tournament features 16 teams consisting of only players playing their trade in their respective national leagues. Besides Cape Town, Polokwane and Bloemfontein will also host matches. Tunisia are the defending champions. They defeated Angola 3-0 in the final of the 2011 edition in Sudan. The teams are divided into four groups. South Africa’s group also consists of Mali who they tackle on January 15 and Nigeria who they play on January 19, with all their matches at the same venue. 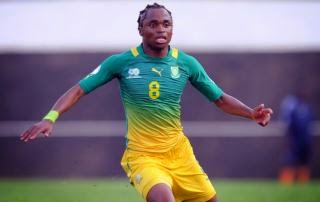 South Africa
After resolving the stand-off that surrounded players’ releases for the better part of last week, Bafana Bafana
finally got down to serious business in Cape Town last weekend to prepare for the opening match. Boosted by the arrival of Bidvest Wits and Kaizer Chiefs players, coach Gordon Igesund was able to work with the full complement of his squad on Monday. When Igesund announced the squad, he emphasised the importance of Bafana doing well in the tournament to build on the positives of the national Under-20 squad who won the COSAFA Youth Championships in Lesotho in December. “It is important to do well in this tournament because we need to be in the top eight in Africa so that we are seeded for the Cup of Nations and avoid the big guns in the early stages,” he said. The availability of the Chiefs players is going to add more steel and stability to the side – with the likes of captain Itumeleng Khune, Siphiwe Tshabalala and Bernard Parker expected to impart their valuable experience. Igesund will also look to players such as Thabo Nthethe, Tefu Mashamaite, Sibusiso Vilakazi, Hlompho Kekana, Jabulani Shongwe, Katlego Mashego, Lerato Chabangu and Edward Manqele who are also not new to the national team set-up. 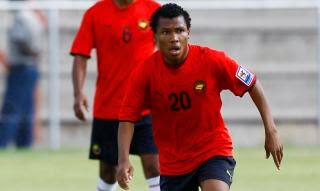 Igesund and his players would do themselves a huge favour not to take the Mambas for granted as they have
assembled what is reported to be a promising squad that includes highly rated players, including Apson Majante, who underwent trials with Chiefs recently. Majante has a reputation of being prolific in front of goal as he finished top goalscorer in the Mozambican league last season – and Mashamaite and Nthethe will have to be at their best to be able to deal with the threat that he possesses. Also, Mozambican coach Joao Chissano named experienced campaigners Dario Khan, Miro, Gabito and Alvarito to guide youngsters such as Maninho and Diogo in their quest to make an impression in their maiden appearance of the tournament. Mozambican champions Muculmana and rivals Costa do Sol have contributed five players each to the squad while Ferroviario de Maputo, Maxaquene and Ferroviario de Beira are represented by three players each. Mozambique were due to face the Democratic Republic of Congo in Johannesburg last Saturday, but their opponents pulled out and the Mambas had to scramble to organise a replacement. Coach Joao Chissano got his former club Jomo Cosmos to provide opposition in a 1-1 draw. A match against Ghana has also been mooted before the Mambas leave Johannesburg for Cape Town. Unlike the hosts, Mozambique had to qualify for the tournament. The Mambas beat Seychelles 6-1 on aggregate in the preliminary round and then after drawing 3-3 with Namibia over two legs – winning 3-0 at home and losing 3-0 away – managed to proceed to the final round of qualifying with a 5-4 penalty shootout win. They were pitted against neighbours Angola whom they sent packing via the away goals rule after drawing 1-1 on aggregate.

VERDICT: South Africa 11/20
The last time these two sides faced each other was in 2012 when Bafana walked away with a straight forward 2-0 victory. Bafana have home advantage which looks to be crucial as Mozambique only managed one win away while qualifying and that was a 2-1 win against minnows Seychelles. They drew 1-1 at Angola and were thrashed 3-0 at Namibia. Back Bafana to start the group stages with a win.