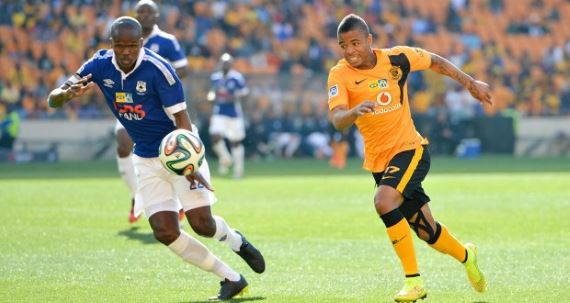 After an exciting Telkom Knockout round of 16, the quarter-finals stage is upon us. The big guns have avoided each other once again, with the biggest matchup of the draw seeing Kaizer Chiefs take on another high-flying side in Mpumalanga Black Aces.

*Prices to be updated upon release 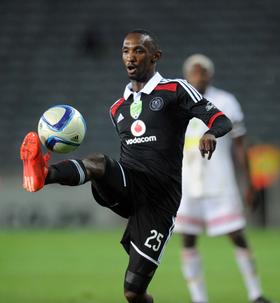 Orlando Pirates  13/20
Draw  47/20
Maritzburg  9/2
First up, it’s Orlando Pirates versus Maritzburg United. The team from KZN, somehow find themselves one step away from a semi-final spot despite winning just one league match since the start of the season. A rocket of a shot, from Siyabulela Shai, and a second half penalty via Kurt Lentjies helped the Team of Choice advance to the quarter-finals. The games itself was a hard-fought encounter, that saw Jomo Cosmos go down to ten men. Maritzburg have been dismal in the league with five consecutive losses and just one point to their name at the time of writing, but their cup victory could be a sign that “The Dog” is making an impact at the club. Pirates booked a place in the last eight with a 2-1 extra-time victory over the University of Pretoria, last Friday. Ayanda Gcaba scored a goal late in extra-time to secure the win after Thabo Rakhale’s sublime goal ensured the game would go into extra time. The Buccaneers’ CAF commitments look to have taken a toll on their domestic performances, with their last win, recorded in normal time, coming on the 18th of August. Maritzburg actually won this fixture last season, recording a 2-1 win at Orlando Stadium. However, Pirates will have had a deserved rest in recent weeks and should prove why they are Confederations Cup finalists by beating their bottom of the table opponents.

Black Aces
Draw
Kaizer Chiefs
Black Aces host league champions Kaizer Chiefs on Saturday evening. Under the stewardship of Muhsin Ertugral, Aces are joint leaders at the top of the ABSA Premiership. They have already met big guns Orlando Pirates and Mamelodi Sundowns, drawing 1-1 with Pirates and beating the latter 1-0. Their round of 16 match was the only game that went to a penalty shootout, with Amazayoni coming out tops in the shootout after a goalless match. Chiefs annihilated Platinum Stars, who are tied on points with Aces at the summit of the league, 3-0 in their Telkom clash three weeks back, with Erick Mathoho, Siphelele Mthembu and George Maluleka getting on the scoresheet. These sides met three times last season, with AmaKhosi winning on all three occasions. However, Aces are looking a different force this season and their tactics against the big sides have proved profitable. The draw is tipped. SuperSport  27/20
Draw 21/10
Golden Arrows  2/1
Saturday evening sees Gordon Igesund, host his former assistant and now head coach of Golden Arrows, Serame Letsoaka, for a second consecutive encounter between SuperSport United and Golden Arrows. After some dismal league form, SuperSport did exceptionally well to win their last 16 match at Polokwane City, after playing with ten men for the majority of the game. Up 2-1, Matsatsantsa suffered a setback in the 35th minute of the encounter when Bradley Grobler was shown a straight red card for a heavy tackle as well as stepping on his opponent but managed to defend their lead for the remainder of the game. Arrows upset the form book when they beat MTN8 Knockout Champions, Ajax Cape Town, 1-0 at home. Arrows have only performed well at home this season, drawing 0-0 with Jomo Cosmos and losing 2-0 to Platinum Stars in their two away games. Telkom Knockout champions, SuperSport, are tipped to keep up their title defence with a win here.

Free State Stars
Draw
Sundowns
Free State Stars are proving to be a formidable side under new coach Ernst Middendorp. The German tactician is unbeaten so far, masterminding three wins and a draw. He will face his biggest test yet against Sundowns, in Sunday’s only fixture. Ea Lla Koto managed a hard-fought 1-0 home win over Bidvest Wits in the first round, with Danny Venter’s second half strike deciding the outcome. Sundowns saw off Chippa United 2-0 at home to advance to the last eight with Keagan Dolly putting the Brazilians up before Hlompho Kekana doubled the lead late in the game. Sundowns have dominated previous encounters against Stars and are unbeaten against them in the last nine head-to-heads, winning five on the trot. Sundowns are looking fluid with three consecutive wins and should do enough to see off the minnows.

Barclays Premier League: Arsenal vs Everton Preview
Caplital One Cup: Round of 16 Preview