The Nightmare Before Christmas

The sackings of Steve Clarke and Andre Villas-Boas reflect the dual realities that define the chasm between the upper and lower echelons of the Premier League. Spurs sit only fIve points off the Champions League places, a situation that Daniel Levy declared untenable in the wake of a humiliating demolition at the hands of Liverpool. At the other end of the spectrum, West Brom decided to part ways with a man who brought them relative stability, on the back of four consecutive league defeats. Whose sacking was more justifiable? In a social networking age defined by impermanence, are clubs becoming more concerned with back page sensationalism than the long term stability of their football clubs?

In the case of Spurs, one cannot help but have some sympathy for owner Daniel Levy. Considering that he is now searching for his tenth manager in twelve years in charge of the club, the temptation would be to cast Levy as the enfant terrible of the Lane, chopping and changing with the churlish whimsy of a petulant child. But in this instance I feel he has made a critical preemptive strike that could save Spurs from further regression. Villas-Boas’ public critique of the fans, coupled with his peculiar persecution complex, has contributed to a marked re-evaluation of the maturity of the Portuguese ‘wunderkind’. Although only five points behind Champions League contention, two massive losses to title contenders have robbed Spurs of the self-belief necessary to maintain their lofty European aspirations.

Clearly, the loss of Gareth Bale left a void in the attacking heart of Spurs. On Sunday, Liverpool scored more goals in open play at the Lane than Spurs have scored the entire season. Almost every single purchase made by Spurs to alleviate the loss of Bale has been a categorical disaster. Erik Lamela and Roberto Soldado have been wretched since their arrival; perhaps only Eriksson and Paulinho have shown the quality needed to propel the Spurs side forward. They clearly felt Tom Huddlestone surplus to requirements, now the languid midfielder is completely bossing the Hull midfield in a manner that suggests a major miscalculation of resources at the Lane. Villas-Boas has alienated crowd favorite, and serial goal scorer, Jermaine Defoe. Villas-Boas thought it wise not to start the dynamic Townsend in a game against a high-flying Liverpool side. That decision left me mystified, especially considering the carnage that was to follow. Villas-Boas has lost both the tactical and PR battles, and Levy really had no choice but to stop the bleeding and prevent Villas-Boas from sinking Spurs into further demise. 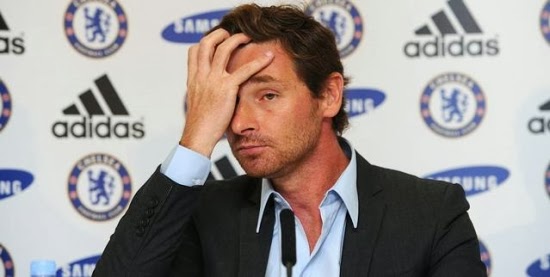 Steve Clarke’s dismissal was one that took everyone by surprise. Yes, they have lost four consecutive matches, but it’s hardly as if West Brom are European contenders. The managers of financially weaker sides such as West Brom have to play the role of coach and all-round alchemist in trying to assemble a side to compete in the Premier League. Last season he had the luxury of having Lukaku in his side; his seventeen goals for the club went a long way to cementing their stratospheric eighth-placed finish in the top division. Then, reality re-entered proceedings. They lost Lukaku while simultaneously dealing with Odemwingie-gate. They purchased Anelka, but the enigmatic French striker looks jaded and one step away from likely retirement.

Now they sit in sixteenth place, but in reality they are only one win away from mid-table mediocrity. And surely that is more than the Hawthornes’ faithful can really hope for. Expectations have become ludicrously out of touch with reality if West Brom expect to replicate last year’s heroics in the context of this league. Owners must not underestimate the patriarchal role played by managers in the lower reaches of the league. Clarke had become a symbol of stability and his limited squad of players had a firmly entrenched trust in their relationship with the manager. West Brom actually experienced a similarly devastating drop in form over the Christmas period last season, only to eventually rediscover their way under the guidance of Clarke. They play Hull at home this weekend; surely the owners could have extended their clearly limited patience with Clarke to this eminently winnable fixture. 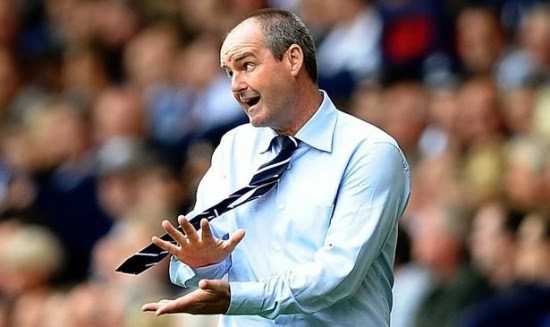 This weekend saw a distillation of the ruthless, cutthroat atmosphere that has come to characterise the Barclays Premier League of late. No manager is safe from the axe, be it European hopefuls or relegation candidates. Andre Villas-Boas has been flirting with disaster for some time now, straddling the fine line between gruff confidence and surly impudence for one demoralising defeat too many. I know that there is no place for sentiment in this game, but Steve Clarke’s dismissal represents the antithesis of Villas-Boas’ dismissal, one done on the basis of knee-jerk politics rather than the longer term efficacy of the club.  Who is next, I wonder?