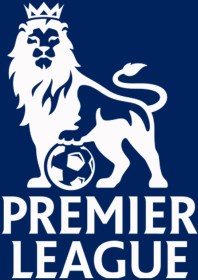 Watching Tiger Woods struggle to regain his supremacy at last weekend’s Open Championship got me thinking. We saw glimpses of the old magic on the hallowed greens of Muirfield, but for the most part it was an example of the further humanisation of a once indestructible figure. In sport, as in everything else, things change. Just ask any Liverpool fan of the 70s and 80s. The transition from Sir Alex to David Moyes could be a cornerstone moment in the fabric of English football history. That may sound somewhat grandiose, but this is exactly how these shifts in sporting dynasties occur. While that new relationship takes its time to find traction, the pretenders to the throne have their own adjustments and plans to implement. The full impact of a transfer market headed towards mutually assured craziness is obviously a crucial wildcard, but I cannot resist indulging in some pre-season prophecy.

Many believe that United’s title defence hinges upon their ability to lure a dissatisfied Wayne Rooney back into the fold. However, adaptation to the post-Ferguson United is a far more pressing complication than the latest instalment of the screwball adventure that is Wayne’s World. If they are to capture Cesc Fabregas, then not only will the potential loss of Wayne Rooney be greatly alleviated, but the club will have exactly the kind of player they have been aching for. Kagawa and Fabregas could represent a new creative nexus for Dutch maestro Robin Van Persie. The seemingly inevitable purchases of Leighton Baines and Marouane Fellaini could settle two problematic positions for the team and United fans would probably feel quite optimistic about their side’s chances of winning a twenty-first title. However, I feel that the principal problem facing United will be adjusting to the new ethos and methods that Moyes and his staff will instil at the club. City have the massive task of trying to wrestle domestic dominance back from United whilst acclimatising to life under Manuel Pellegrini. The losses of Carlos Tevez and Mario Ballotelli have been aggressively counteracted. Fernandinho, Navas, Negredo and Jovotic provide a litany of options for Pellegrini to tinker with. It seems as if Pellegrini values utility players who can adapt to shifting formations, a typically Eurocentric approach akin to the Rodgers playbook of flexibility.  My perception is that the Premier League has such a demanding week-in week-out rigour that it really necessitates specialisation. These new signings offer as many problems as solutions, as David Silva, Yaya Toure and Samir Nasri will have to wrestle for their places in the side. And what about James Milner, surely City’s most consistent attacking player last season outside of the combustible Tevez? City have the resources and the intention, but I really wonder whether the investments they have made are the ones necessary to take the club forward.

The capital could be where the true usurper emerges.  The return of the ‘Special One’ to Chelsea has galvanised the Blues into a true belief that they can challenge the might of Manchester. The exciting young signings made thus far, combined with the return of Lukaku provides a solid addition to a very exciting squad of players. Attempts to seduce both Rooney and Suarez indicate that a marquee signature is not too far away for a club hoping that a reunion with Mr Mourinho will guarantee more consistent success. One of his key issues is to resolve what I like to call the Torres Coefficient. The one thing that he offers in stark contrast to both Di Matteo and Rafa Benitez is an assertive managerial presence versed in the sophisticated psychological warfare instigated by the media. He has a wealth of players, financial resources, and knowledge of how to win the Premier League in dominant style. I believe he comes to Chelsea a better manager than when he left, his relative lack of success at Real Madrid a timely reminder of his own fallibility. Expect Chelsea to be a powerful force that could challenge United all the way.

Arsenal. A name that has inspired one part admiration and two parts frustration in recent years. If they fail to acquire the services of a certain Gonzalo Higuain, I fear a full-scale fan revolt at the Emirates. A few weeks ago it appeared that Arsenal could be an emergent force in the dirty world of big money transfers. However, I just don’t see the likes of Rooney and Suarez being attainable for the Gunners (who really do need a Higuain-type figure to feature alongside the ambiguous talents of Olivier Giroud). So if they cannot land Higuain, they would appear to be desperately low on options. Wenger ended the season in stellar form last year, and seems to have instilled a steely determination in the squad to complement their swashbuckling forward abilities. The biggest problem for this side is not so much the gulf of quality between themselves and the aforementioned top three, but rather the effect of years of humbling mediocrity. I feel that the top three may be beyond the Gunners, who will likely experience a repeat tussle with their neighbours for the right to represent North London in the Champions League. 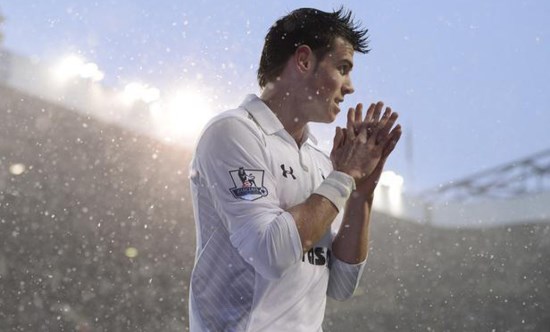 Andre Villas-Boas and his talented Spurs team appear to be slowly edging closer to the quality of the traditional big boys. Spurs have strengthened their already imposing squad with the addition of Chadli, but I believe that the signing of Paulinho is the real masterstroke. He is an industrial midfielder that can lend help to the effortlessly heroic-looking Scott Parker. Gareth Bale seems (watch this space for embarrassing journalistic presupposition) to be a rare breed who favours the idealistic pursuit of a club’s ambition over the heady glamour offered by some of European football’s giants. Defoe should also feature more following an injury-plagued season that saw Emmanuel Adebayor deputise with dubious results. At this stage I feel more excited by the North London club making the moves as opposed to the one making the noise.

On the brink of another gripping season, I fear the age-old clichés are tingling on my fingertips (this is going to be the most closely contested season yet, etc.).  But then I re-evaluate the facts and a warm sensation washes over me. After all, every now and again these old clichés resemble something like the truth. There are new managers at the three major powers in English football. This combined with the great potential of the two established North London projects bodes well for a tight league. My brain has a slightly Blue inclination at this point in time, but perhaps that is just some of that ‘Special’ dust washing over me.