After several years of damning European obscurity, City stand on the precipice of qualifying for the knock-out stage in first place of a supremely challenging group. A point will put them in prime position to qualify, with the English giants one point ahead of the Italian Champions. In the wake of the Liverpool Blitzkrieg, however, there will be a considerable amount of pressure on the Pellegrini’s side to deliver on this guilt edged opportunity. Allegri’s Juventus struggled in the early part of the season but are finally starting to develop some impressive momentum. Their victory over Milan sees them just eight points adrift of the top of Serie A, and they have only lost one of their last seven encounters. 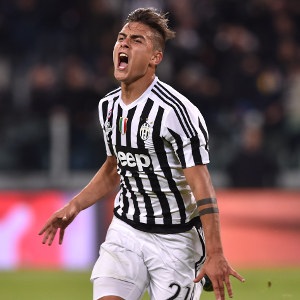 Juventus
Allegri’s side will be without the massively industrious Hernanes for this encounter. He incurred a thigh strain in the Milan victory and will be out for up to three months. This will certainly put an added emphasis on Marchisio and Pogba to try to combat City’s midfield. Yaya Toure will no doubt be relishing the prospect of an absent Hernanes as well as the absence of Pereyra. Additionally, Sami Khedira is still unavailable for selection, highlighting the shortage of midfield options at Allegri’s disposal. Pogba’s battle for midfield supremacy against Toure could be a wonderful microcosm of the entire match, with the ascendant player likely lending their side invaluable momentum.

The form of Dybala and Cuadrado has helped to elevate Juventus following a dismal, Chelsea-esque start to the season. I expect them to try to beat Demichelis for pace at every giving opportunity. I feel that Juventus are yet to adequately replace Andrea Pirlo. Their midfielders are more combative than artistic, preventing them from truly flourishing in the grand Juve counterattacking manner.If feel the same way when looking at their strikers, Morata is a far more traditional centre-forward to the likes of Carlos Tevez. Mario Mandzukic’s absence through injury leaves a considerable void in their firepower. Juventus are likely to be caught in two minds here, with the temptation to chase the keep their structure and negate City’s devastating pace on the counterattack. 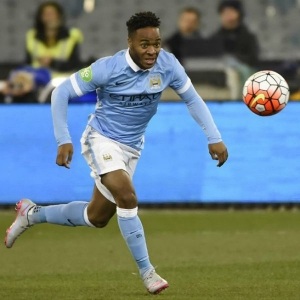 Manchester City
After their humiliating defeat to Liverpool, Pellegrini will be desperate to dispel the performance as some kind of aberration. Certainly, the combination of Demichelis and Mangala in the centre of defence completely destabilized the core of the squad. Kompany will probably miss out while Pellegrini may retain Demichelis ahead of Mangala. Otomendi will also likely return to the side, solidifying the core of the team. This will in turn free up Yaya Toure to press forward in the way that City supporters have become accustomed to. Kolarov and Sagna will do well to be wary of the speed of Dybala and Cuadrado. I expect them to be fairly cagey in their progressive running for the majority of the first half of the game.

In many ways, City are far better suited to playing on the road than in front of their home faithful. Sterling and Navas may be just about the fastest wing-pairing in European football, able to launch quick counterattacks despite being deprived of possession. Aguero will only get better with every passing game, and will further develop his relationship with De Bruyne. I expect that Pellegrini won’t risk Silva and will likely start him on the bench. Fernando should feel more settled with Otomendi returning to the side. Sterling and Navas will be the key, with their pace stretching a Juventus side who struggle to cope with speed.

Verdict: Draw 23/10
I feel that City’s counter attacking will neutralize Juvetus’ greater emphasis on possession. Juventus have too many key injuries while City were amazing on the road at Sevilla.