In reflecting upon the relative fortunes of the top teams in English football this season, it seems apparent that pessimism has become rampant in an age that demands immediate gratification. The emphasis on European progression seems to be weighing heavily on the shoulders of a league desperately trying to recapture some of its continental lustre. Contentment is growing increasingly hard to come by, a fact that Roberto Mancini found to his detriment just a year after lifting the ‘coveted’ Premier League title.

Manuel Pellegrini will be conscious of the aforementioned fact, but will be hampered by impending spending restrictions facing the City juggernaut due to an alleged breached of the FIFA Financial Fair-play initiative. The truth is, City had to win something this year. They were hardly an all-conquering force this season, despite spending ridiculous sums of money in an attempt to launch a deeper European offence. They will take the Premier League title; don’t get me wrong, but their naked ambition is clearly to establish themselves as a European heavyweight.

The FA Cup final, which on the surface was a glorious display of the Gunners’ grit in the face of adversity, played to me like an illusory validation of a Wenger blueprint that is going nowhere. The truth of the matter is, despite the desperate clamour for trophies that accompanies the end of the season, the FA Cup has a shadow of the prestige that it once commanded. Prince William’s presence is not fooling anyone Mr Wenger. When you boil it all down, Arsenal lost almost every crucial game against top competition, and often in embarrassing style. A token trophy may be enough to placate some fans, but could it just be yet another extension on the banal mediocrity that has come to characterise Wenger’s post-Henry Arsenal. Chelsea, well, Monsieur Mourinho must be feeling more than just a little embarrassed finishing empty-handed this season. Say what you will about this being a season of establishing himself at the club, Chelsea were in an extremely comfortable position in the league at one point before throwing away reckless points against middling sides. The aloof genius thing he has going on will soon start to fade if his much touted second season has the same schizophrenic nature as his first. His histrionics, while amusing for punters and the mass media proletariat, now seem old fangled and evasive in the face of mounting scepticism of his special status. Perhaps Diego Costa will be a solution, but it’s also time for Mourinho to address his own fallibility if he aims to move forward with Chelsea next season.

United’s fall from grace this season had all the classic ingredients of Shakespearean tragedy. The old dynastic power of English football collapsed, while David Moyes took up the archetypal role of the classic tragic hero. His termination stank of the endemic hypocrisy that is really rotting away at the heart of modern football. If United has displayed the same knee-jerk reaction with a certain other Scottish manager, then perhaps their steady erosion of Liverpool’s domestic supremacy would have been nothing but the delusional ramblings of the local crack pot at the bar come Sunday kick-off time. Let’s hope that Louis Van Gaal can bring a semblance of respectability back to a club so integral to the fabric of English football. 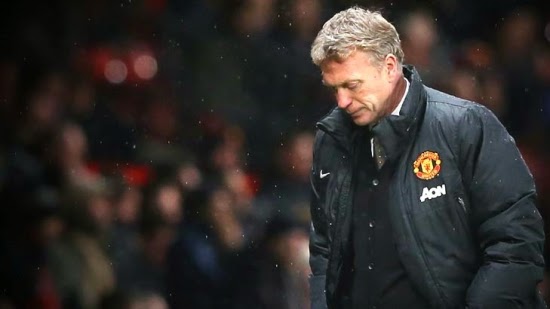 Talking about the fabric of English football, Liverpool’s ascension towards title contention this season had a feel of giddy nostalgia for Reds fans and detached observers alike. However, one wonders if they have blown the best opportunity they will have of winning the title in some time. Firstly, they undoubtedly benefited from no European competition and early exits from cup duty. This was clearly what L’enfant terrible Mourinho referred to when he called the league a false one with three weeks to go. Next season Liverpool will have to readapt to the difficult balancing act posed by dual domestic-European concerns. Additionally, Luis Suarez has been making characteristically ambiguous allusions to his future that will terrify Liverpool fans to their very core. I admire the work Brendan Rodgers has accomplished thus far, but how much more porous will that brittle defence look without Suarez’s talismanic ability up front.

I hope I haven’t sounded too bleak in my summation of England’s power dynamics. I still think that the league has by far the most depth and level of competition. However, it just seems that there is a deep current of negativity surrounding the English game at present. A lack of European success has no doubt contributed to this, but there is a sense that this is a true moment of transition for the league in its entirety. Let’s hope that the FA’s initiative to foster young English talent may be the answer to what appears to be the biggest question at this point; what is the identity of English football?