With so much sporting action on the go this weekend, there are plenty of chances for you to win big with Hollywoodbets! We’ll be taking a look at some of the best value you’ll find this weekend with our fourth value accumulator of 2016. 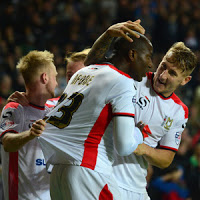 MK Dons to Beat Bolton at 19/10
Bolton have been woeful this season in the Championship and look as though they’ll definitely be relegated come the end of the season. They only just managed to scrape past non-league Eastleigh on Tuesday evening in their FA Cup third round replay. Prior to that game, they’d only managed one win in 11 – and even that came against goal-shy Blackburn Rovers. Issues off of the field seem to have taken their toll on the teams’ performances this season, with the club narrowly avoiding going into administration a few weeks ago.

Conversely, MK Dons bounced back from a 5-0 trouncing at the hands of Burnley in magnificent fashion as the beat Reading  1-0 in the league, following that result up with a comfortable 3-0 FA Cup victory of Northampton. Dons are on the up, back them to put a struggling Bolton side to the sword at 19/10. 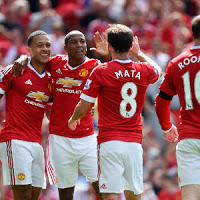 Manchester United to beat Southampton at 17/20
United have had a bit of an indifferent season thus far and currently occupy fifth place on the Premier League table. They will have been buoyed by their smash-and-grab victory over Liverpool at Anfield last Sunday, with Wayne Rooney scoring the only goal of the game with United’s only shot on target. It comes as no surprise that United’s upturn in form has coincided with Rooney’s newfound confidence in front of goal.

Southampton have been their usual industrious selves this season and seem destined to finish in mid-table – not bad for a selling club. They’ve won their last two games against out of form Watford and mid-table strugglers West Brom. That being said, I don’t see them going to Old Trafford and getting anything out of this game. Back United to continue their push for a top four finish at 17/20. 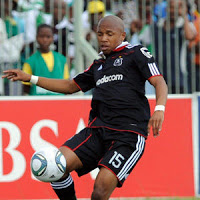 Pirates to beat Jomo Cosmos at 8/10
Pirates have endured a torrid season thus far, and although they showed great character to come back from 3-0 down to salvage a point away at Maritzburg United, Eric Tinkler did not hide his disappointment with his charges. Pirates currently occupy 11th place on the Absa Premiership table and will be looking for maximum points when they travel to Jomo Cosmos on Saturday evening.

Jomo Cosmos – the proverbial yo-yo boys of South African football – have struggled to come to terms with the rigours of top-flight football. They’ve lost their last three league games and have only won once in their last six. They’ve only managed nine goals in this season’s campaign. Tinkler and his expensively assembled squad should have no problem in continuing their charge up the table with a simple victory over Cosmos. Back the Sea Robbers to win at 8/10. 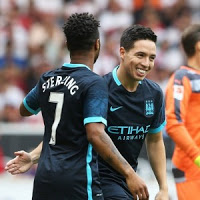 West Ham vs Man City: Both Teams to Score: Yes at 7/10
West Ham have had a pretty good season by their standards and will look consolidate their place in the top six with a win over Manchester City this weekend. They’ve won their last five games and only been defeated once in their last 10. Slaven Bilic’s men have had very little trouble finding the net of late, scoring 12 times in their last six games.

Manchester City have had very little trouble finding the back of the net themselves in recent times. They hammered Crystal Palace 4-0 last time out in what was arguably their best performance of the season. They’ve only tasted defeat once in their last six games on their way to scoring 11 goals. With Aguero and Silva back in action, and West Ham finding the net with relative ease, I’m more than happy to back both teams to score at 7/10. 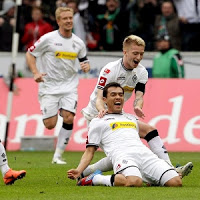 Monchengladbach to beat Dortmund at 34/10
Borussia Monchengladbach probably would have been happy at the timing of the German winter break as their early-season form began to dip. They will come into this game with renewed vigour and determination, and they’ll be desperate to get going again on the right foot when they play host to Borussia Dortmund.

Dortmund, on the other hand, were in excellent form prior to the winter break winning seven of their last eight Bundesliga games. They absolutely cannot afford to be complacent when they travel to Borussia Park this weekend. It is a bit of a longshot, but I genuinely believe that Gladbach have to firepower up top to get one over their more illustrious opponents this weekend at 34/10.