Following a rather dull 0-0 draw last time out at Anfield, West Ham and Liverpool will lock horns again this evening for the right to play Blackburn Rovers in the fifth round of the FA Cup.

Can the Reds break their Boelyn Ground hoodoo or will Slaven Bilic and his men continue their excellent run of form. 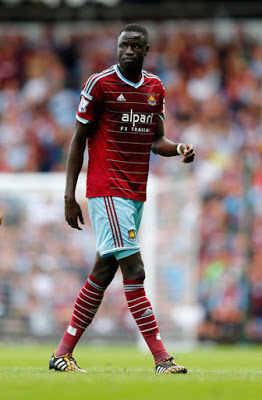 West Ham
Slaven Bilic will no doubt be confident heading into this evening’s crunch tie with Liverpool. The sides have met three times this season – twice in the league and once in the FA Cup – with West Ham running out winners on two occasions with the last meeting between the clubs ending in a 0-0 draw.

The Hammers have enjoyed a wonderfully successful season under Bilic following the sacking of Sam Allardyce in the summer. The Croatian manager has the club playing the type of football that the fans have wanted to see following the traditional sort of hoof and hope game employed by Allardyce. Instead of just lumping the ball up to Andy Carroll, they play with pace a zeal; carving apart opposition defences almost at will.

Key to their success this season has been the form of Dimitri Payet who was signed on a five-year deal prior to the commencement of this season. The Frenchman is a wizard with the ball at his feet and has one of the best passing ranges in the league. He’s notched up six goals and four assists in his first English season and looks set to build on that moving forward. If he starts tonight, he will no doubt cause the Liverpool defence issues. He tends to pick up positions between the back four and the midfield making him exceedingly difficult to pick up for opposition defences.

In front of Payet, West Ham have two more than capable centre-forwards in Cheikou Kouyate and Enner Valencia. Both are exceptionally talented athletes who will look to run Liverpool’s immobile centre-half pairing ragged. They’ll also cause problems in the air, Valencia in particular possesses an immense leap and will have no problem getting over the top of Steven Caulker or Dejan Lovern.

Bilic will be without James Tomkins who is missing with a calf strain, while Sam Byram is cup-tied and Carl Jenkinson has returned to his parent club, Arsenal. Manuel Lanzini and Diafra Sakho will also miss out on tonight’s match. Liverpool
Jurgen Klopp has opted to field relatively inexperienced or fringe players for the FA Cup this season, and to his credit, it has got them this far. Brad Smith, Joe Allen, Cameron Brannagan, Jose Enrique and Joao Carlos Teixeira have all featured in the competition this season.

The Reds will be bolstered by the news that both Daniel Sturridge and Coutinho could well be ready to make their comebacks following lengthy injury lay-offs. Sturridge in particular will be keen to get back to competitive action as he looks to put himself in the shop window. If reports in England are true, he has grown discontented with the club and its supporters after questions were raised with regards to his ability to bounce back from injury.

One player to keep an eye out for this evening is Brad Smith. The young Australian full-back has been immense whenever given an opporSlaventunity in the first team. It looks increasingly likely that he will take Alberto Moreno’s place in the starting line-up come the start of next season. While both full-backs are threats going forward, Smith is a much better defender than Moreno and looks far more comfortable dealing with one-on-ones against opposition wingers than his Spanish teammate.

Liverpool will no doubt target Joey O’Brien this evening who comes into the squad for the injured James Tomkins. O’Brien has yet to make a start in the league this season for the Hammers and could find himself having to deal with the pace and trickery of Jordan Ibe or Robert Firmino this evening.

The Reds will have to be more incisive tonight than they’ve been in recent weeks if they want to progress to the next round of the FA Cup. They will need to tighten up at the back and show more fluidity up front. While we’ve seen Klopp’s tactics work this season against some of the bigger teams, his high-tempo pressing game often unravels against teams content to sit back and strike on the counter. West Ham is one such team that will be more than happy to let the Reds have the ball before springing the counter-attack that has been the source of so many goals this season.

Verdict: Draw 9/4 (90 Mins)
I really can’t separate the two sides. If Klopp does decide to give the youngsters a run out tonight – which he should – then I think that Liverpool could spring a surprise here. They’ve shown far more hunger and determination than their senior counterparts when given the chance the season. That being said, West Ham are a quality side with a wealth of attacking talent. Back the 90-minute draw at 9/4 – or if you’re feeling really brave, back the Penalty Shootout: Yes market at 9/2.