The eagerly anticipated Group A clash between South Africa and Botswana is finally upon us and Durban will be abuzz with excitement as well as tension this weekend. Of course, the group was thrown wide open after FIFA stripped table toppers Ethiopia of three points following the side fielding an ineligible player in their victory over Botswana. The resultant three points gained by the Zebras means that three of the four teams are still in with a chance of securing a passage into the final round of qualifying.  Ethiopia head the log with 10 points, followed by Bafana Bafana with eight and Botswana with seven, obviously meaning that there has to be a result in the Durban clash if either team wish to have any chance of progressing. The Ethiopians hold their destiny in their own hands as victory for them against Central African Republic will see them secure a place in the final phase of qualifying, irrespective of what transpires in Durban. The aforementioned indiscretion on the part of the Ethiopians has given Gordon Igesund’s team a glimmer of hope. They have to do the business in Durban and then pray that at worst, the CAR (Central African Republic) can hold the log leaders. Yes, a draw for Ethiopia and a Bafana victory will suffice for Igesund’s team, courtesy of a superior goal difference.

South Africa
Bafana Bafana were impressive in their last match against Burkina Faso with a comfortable 2-0 victory. The win ended a run of two losses, following their 2-1 loss to Ethiopia in their last World Cup qualifier and the 2-0 home defeat against AFCON champions Nigeria in the Nelson Mandela Challenge at Moses Mabhida Stadium. It was a well-deserved win for Bafana who put in a spirited performance. They dominated from the onset and hardly put a foot wrong, but as has become the norm, still wasted some glorious chances. To his credit, coach Gordon Igesund introduced a number of locally-based players and most of them showed a lot of promise. However, this time around Igesund will be spoilt for choice as eight internationally-based players in Bongani Khumalo, Kagisho Dikgacoi, Thulani Serero, Dean Furman, Anele Ngcongca, Siyanda Xulu, Tokelo Rantie and Kamohelo Mokotjo have made themselves available. Meanwhile, Andile Jali has again been given the nod by Igesund, as has Kermit Erasmus, following the latter’s impressive start to the season with Orlando Pirates. Bafana have thus far enjoyed mixed fortunes in the group as they drew 1-1 with Ethiopia at home, before easily beating Central African Republic in Cape Town. The hosts are usually very strong at home and the bookmakers haven’t taken any chances and priced them up as short as 7/20. 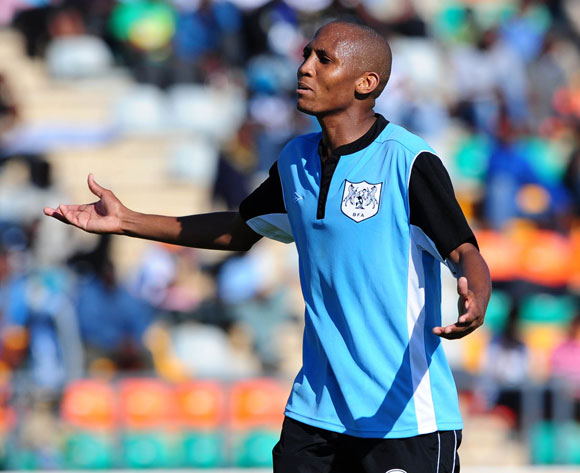 Botswana were excellent in their last World Cup qualifier against Central African Republic. After going down twice in the match, they fought back to win 3-2, thanks to a late strike from Ofentse Nato. Coach Stanley Tshosane should start with the Bidvest Wits midfielder who is the visitors highest goalscorer in the qualifiers with two goals from five matches. Botswana managed to hold Bafana Bafana to a 1-1 draw in the reverse tie but will find it tough to contain the hosts. They lost both their away matches without scoring and conceded three goals.

VERDICT: South Africa 7/20
An exciting attacking match is expected with plenty of goalmouth action but South Africa have won the last two meetings at home against Botswana and should prove too strong for the poor travelling nation.