Another weekend another continent, such is the life of a Formula One driver. After the drama of Monaco the field moves onto Canada and the Circuit de Gilles Villeneuve in the state of Montreal. With the top of the Constructors’ log starting to bottle neck the pressure is on the Mercedes front runners; can they hold their nerve and make it another Silver Arrows race victory or will Ferrari put a spanner in the works? A late twist saw Lewis Hamilton, who had dominated the majority of the Monaco weekend, fall from an almost assured first place finish to a disappointing third place. Hamilton was on for pole when an unfortunate crash for Max Verstappen at Sainte Devote lead to the deployment of the safety car. Mercedes opted to get Lewis’ final pit out the way but when he returned to the track he was behind both Rosberg and Sebastian Vettel who went on to finish the race in first and second respectively. With the crash occurring so late on in the race and with the debris from it proving rather difficult to clear the safety car period lasted longer than was expected and ultimately left Hamilton stranded in third. The Brit was followed across the line by the two Red Bulls of Kvyat and Ricciardo, who claimed valuable points for their struggling team. Kimi Raikkonen – who was overtaken by Ricciardo late on in the race – had to settle for a disappointing sixth place; he was closely followed by Force India’s Sergio Perez. There was also to be some joy for the struggling McLaren-Honda team with Jenson Button claiming eighth-place and their first points of the season. Felipe Nasr and Carlos Sainz Junior rounded off the top ten finishing in ninth and tenth respectively. It was a weekend to forget for Williams with Valtteri Bottas and Felipe Massa finishing near the back of the field and well out of points scoring territory.

Track
The Canadian Grand Prix has gone through more name changes than the artist formerly known as Prince. It originally was held at Mosport Park in Ontario then was shared between Mosport and Circuit Mont-Tremblant in Quebec. Safety issues at Mosport saw the Grand Prix being moved to Ile Notre-Dame in Montreal which was subsequently renamed to Circuit de Gilles Villeneuve in honour of the man who won the first race at the track. The venue is situated on a partially man made island on the Saint Lawrence River and can hold a capacity of 100 000 spectators. The track consists of 70 laps with a total race distance of 305.270 kilometres which for those not mathematically inclined equates to each lap consisting of 4.361 kilometres. Drivers will face thirteen turns which include some of the trickiest hairpins on the F1 calendar. One of the circuit’s main aspects is the kilometre long Casino Straight which leads into the infamous Wall of Champions chicane. The track is known for its spectacular crashes and frequent safety car appearances. With sun being predicted for qualifying as well as race day and temperatures ranging between 14 and 25 degrees, the race will hopefully go on unabated. Pirelli have issued the soft and super softs for this weekend due to the amount of high speed straights which contribute to hard braking at incredible speeds. Daniel Ricciardo claimed his maiden race victory here last year and was followed across the line by Nico Rosberg, who led for the majority of the Grand Prix, whilst Sebastian Vettel rounded off the podium. VALUE BETS
Sebastian Vettel – To Win Outright (8/1)
A second-place finish at Monaco has seen Sebastian close the gap on the two Mercedes front runners. The Ferrari man is now only eighteen points off Nico Rosberg and 28 behind Championship leader Lewis Hamilton. Canada will provide the German with a massive opportunity to revive an unlikely championship tilt. Seb produced his best result in his forgettable final season behind the wheel of a Red Bull at last year’s Canadian Grand Prix. claiming the final spot on the podium. The Circuit de Gilles Villeneuve may favour the Mercedes men when it comes to sheer speed however the track is harsh on braking and we all know Mercedes’ Achilles heel has been brake reliability. If Seb can bide his time and go the distance he may get the win that could wedge him between the two Silver Arrows drivers on the log.

Nico Rosberg – Fastest Qualifier (16/10)
The German seemingly gets the ugly step sister treatment from his team from time to time. After Monaco however, he will feel like he’s the belle of the Mercedes ball. The Silver Arrows strategists may have got it all wrong when it came to Lewis’ pit and as much as Nico proclaims to feel Hamilton’s pain in public, in all honesty behind closed doors he probably couldn’t be happier. The gift win last time out made it back-to-back race victories for Nico and has seen the gap between him and his teammate cut to just ten points. His winning form has been aided by improved qualifying stints which he will look to continue in Canada. Nico took pole in Montreal last year and there’s a good chance he’ll repeat the trick again. At 16/10 he offers a good if not spectacular return.

Daniel Ricciardo – Podium Finish (8/1)
Although Monaco could have been more fruitful for the Aussie, a fifth-place finish would have still had him smiling from ear to ear. It seems like his team really got their act together in Monaco and were well rewarded with a 22-point haul. As the Wall of Champions indicates, Canada is a track that claims its fair share of front runners; this coupled with Mercedes’ recent history of brake issues at the Circuit Gilles Villeneuve may afford Ricciardo an opportunity to sneak onto the podium. Although it was fortuitous he did manage to pull off his first race win in Formula 1 at this venue last year and at 8/1  he’s well worth a punt to be on the podium again. 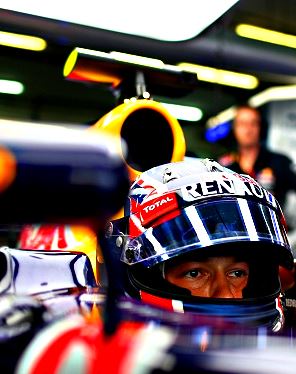 Daniil Kvyat – Top 6 Finish (2/1)
The early part of the season has seen Kvyat in a struggle to adapt his ballsy style that saw him tear through the middle of the running field in a Toro Rosso into a more refined style that’s required to compete at the upper echelons of the field. He finally found this coveted balance on the shores of France’s Mediterranean coastline and will hope to build on it this weekend in the former French colony of Montreal. He retired from last year’s Canadian Grand Prix when his Toro Rosso’s drive shaft – like most things Renault designed – packed out in the 47th lap. Kvyat’s fourth-place finish at Monaco reminded the F1 world why Red Bull have shown so much faith in him and at 2/1 for a Top 6 Finish, I’m willing to do the same.