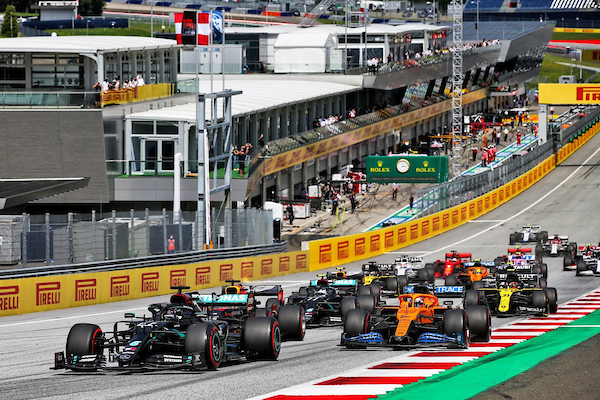 Darry Worthington runs the rule over the Belgian Grand Prix, which will be raced at Spa on Sunday the 30th of August.

The Formula 1 fields heads from Spain to Belgian this week for the 20202 Belgian Grand Prix. Lewis Hamilton currently holds a 37 point lead over Max Verstappen on the Drivers’ Championship standings while Mercedes hold an 86-point advantage over Red Bull in the Constructors’ Championship.

Previous Race
Lewis Hamilton and Mercedes got back to winning ways in the last instalment with the ‘Brit bouncing back from his second-place finish at Silverstone by claiming first place at the Circuit de Barcelona-Catalunya.


There was a switch of roles for Hamilton and Verstappen in Spain with Verstappen – who took bragging rights and brought his car in one place ahead of Hamilton at Silverstone the week prior – finishing second. Like has been the case so many times since the F1 season started, Mercedes managed to gain two podium positions with Valterri Bottas bringing his car home in second.

Racing point built on their decent showing at the 70th Anniversary Grand Prix with Lance Stroll claiming fourth and Sergio Perez taking sixth. The duo was joined in the top six by Carlos Sainz.


Sebastian Vettel managed to salvage some pride in Spain as the wantaway Ferrari driver crossed the line in seventh place.

While most tracks that have endured safety changes have become tame lapdogs, Spa is still a snarling beast that’s capable of taking even the most experienced drivers’ head off. The reason this track is so perilous are the sweeping high-speed corners that see drivers open up the taps on.
One can’t speak of the 19 hair-raising corners without mentioning Blanchimont. This challenging and extremely dangerous turn leads onto the start/finish straight, and while it is a great zone to have a dive at an overtake, it has caught many a driver out in the past.
Another area of the circuit that will really test drivers’ ability is the left-right-left sequence of turns which starts at the bottom of the Eau Rouge corner and runs through Radillon. This segment contains a steep climb that leads into a marvellous uphill right-hander.
As always, the weather does come into play at Spa and it seems we may be in for some rain throughout the entire weekend with the heaviest showers set to fall on race day.

Yes, Vettel is in horrific for and his Ferrari is extremely underpowered but I still give him a chance at Spa as he’s got a terrific record at the track. He has won three races here (2011, 2013 and 2018) and also claimed a second-place finish back in 2016.

With huge odds on offer here, I’ll be having a small crack on the German ace to come good.

Max Verstappen @ 7/2
While Red Bull don’t have the best of records at Spa I cannot help but back Max Verstappen at 7/2. The Dutch youngster came second at the last race on the calendar, the Spanish Grand Prix, and claimed first place at the 70th Anniversary Grand Prix the week prior.

Verstappen has managed a podium finish at Spa claiming third in 2018. I’ll be having a crack on him to go two better this weekend.