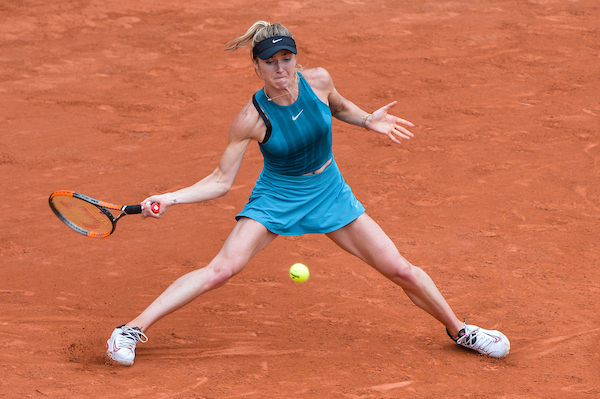 We take a look at the Miami Open Selected matches between Svetlana Kuznetsova and Alize Cornet as well as Shelby Rogers against Elina Svitolina.

35-year-old Russian Svetlana Kuznetsova is a dangerous player on these North-American hardcourts, regardless of her age.  The former US Open Champion and runner-up has always managed to fight off poor form and perform in these events.  The 2006 Miami Open Champion managed to reach the final of this event in 2016.  She then came through more poor form and reach the final of Indian Wells in 2017.  In 2018, she responded to dropping out of the top 100 in the world by winning the Citi Open.  She then came from nowhere to reach the final of the 2019 Western and Southern Open.  Last year she reached the semi-finals in Doha prior to the Covid lockdown.  So, there’s enough history and recent form to suggest that she could be a wildcard in this event.  She reached the semi-finals in St Petersburg last time out and she will be rearing to go this week.

Kuznetsova will be coming up against another veteran of the woman’s tour.  31-year-old Frenchwoman Alize Cornet has actually reached the 4th round of every individual Slam.  She also has the distinction of defeating Serena Williams on three occasions.  The winner of six WTA Titles won her last WTA Title in 2018 in Gstaad.  Cornet actually enjoyed an excellent US Open last year, reaching the 2nd week for the first time.  Her 4th round run completed her collection of final 16 Grand Slam finishes.  She hasn’t been spectacular since then, with a win-loss record of 6-8 since that 4th round run.  This should prove to be an intriguing match up between two veterans of the tour.

I was quite surprised to discover that Cornet has the superior head-to-head record.  Kuznetsova looked solid in St Petersburg and she has to be my pick here.  I just think there’s something about this part of the world that brings out the best in the Russian.  Cornet isn’t exactly best suited to these slick US courts.

28-year-old Shelby Rogers has come through arduous injury issues and looks quite a complete hardcourt player at present.  Without capturing a big title, she has managed to be one of the most consistent post-lockdown players on tour.  In fact, that started in her very first event back with a semi-final at the Top Seed Open.  She then had a tremendous quarterfinal run at Flushing Meadows, kindly reminding the tennis world that she existed.  The big-hitting baseliner has enjoyed decent success in 2021.  She won three matches at the Yarra Valley Classic en route to the quarterfinals.  She then reached the 2nd week of a Grand Slam for the 2nd consecutive time, falling to Ashleigh Barty in the 4th round of the Aussie Open.  Things have quieted down since then but she had a convincing opening round victory over Brengle.  These North-American hardcourts are her bread-and-butter and she represents a nightmare 2nd round match for anyone.

Former WTA Finals Champion Elina Svitolina has been truly anonymous on the tennis court in 2021.  It must be hyper frustrating for the Ukrainian that her relationship with Gael Monfils became so intensely scrutinized by the tennis world.  But the truth is that both of their games have regressed during this turbulent time.  Svitolina lost to unseeded Jessica Pegula in Melbourne and she hasn’t reached a semi-final since winning a fairly sub-par Strasbourg title in September.  Things looked so bright after those two Grand Slam semi-finals in 2019.  She seems to have lost a bit of relevance with the rise of the likes of Barty and Osaka.  This event could represent a chance to make a meaningful run in a stellar field.

Elina Svitolina leads the American 3-0 in their head-to-head encounters.  Having said that, their last match came at the 2017 US Open.  But things are certainly in a different place now.  I think that Rogers is one of the most dangerous players on the North-American hardcourts.  I really think that she is the favourite for this match.  I would like to go for Rogers in straight sets, but I think a Rogers victory is the sensible option.