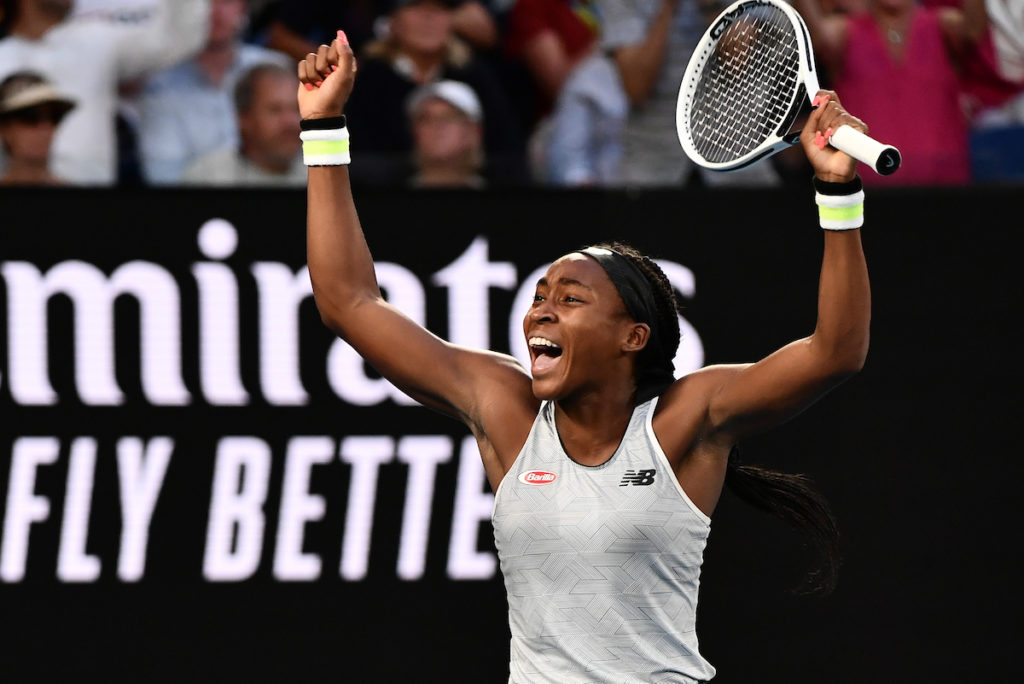 Former World No.1 Naomi Osaka has been beset by injuries in what has been yet another frustrating campaign. She had to withdraw from the semi-final of the Melbourne Summer Set due to an abdominal injury. After sustaining an Achilles issue in Madrid, she decided to push through the pain barrier at the French Open.

It probably wasn’t the wise decision and led to a two-month hiatus from the tour. Despite all her issues, she still managed an excellent run to the Miami Open final earlier this season. At her best, Osaka is probably still the premier hardcourt player in the women’s tennis.

A two-time champion at both the Aussie and US Opens, Naomi Osaka is almost unstoppable when she brings her A-game to the mat.

Her dominant serve and executioner-style forehand make her a sight to behold in her pomp. But her recent bout of mental issues and injury concerns have seen her plummet to a current world ranking of 40.

She struggled for rhythm in her opening match against Zheng Qinwen (that was hardly surprising considering it was her first competitive match in over two months).

She will need to step it up considerably when she comes up against one of her would-be usurpers: Coco Gauff.

She blasted the Ukrainian off the court in less than an hour, hitting 29 winners and committing just 14 unforced errors in the process.

It was an exhibition under the San Jose lights that showcased all of her growing maturity. The 18-year-old American is playing in her first event since a disappointing 3rd round defeat at Wimbledon.

But she never showed any signs of ring-rust in a truly awe-inspiring victory against Kalinina. The performance impressed Gauff herself, who stated: “I don’t think I’ll play a match that perfect until years from now”.

But it has been yet another year of progression for the infinitely talented Gauff. She reached the semi-finals in Adelaide and Berlin.

But it was her performance at Roland Garros that truly underlined her massive potential, as the American reached her maiden Grand Slam final in spectacular fashion.

I think the thing that has impressed me the most about Gauff has been her mental strength. She seems to absorb success and failure with remarkable maturity for an 18-year-old.

But given her personal rivalry with Naomi Osaka, Gauff will have to be weary of the somewhat wounded Japanese star.

Verdict: Osaka to win in three at 4/1- These two have already developed quite a rivalry in their limited time on tour together, with Osaka leading the head-to-head 2-1.

The pair famously met in the 3rd round of the 2019 US Open, where Osaka comforted a teary-eyed Gauff after a crushing victory. Gauff returned the favour with a straight-sets victory at the 2020 Aussie Open. But it was Osaka who won their last match in an epic duel in last year’s Western and Southern Open.

This is the very definition of a blockbuster early tie. Osaka will look to dominate from the baseline with her booming serve and forehand.

Gauff probably has more variety than Osaka. She is able to mix things up with slice and acute crosscourt angles.

You can expect her to go to that crosscourt backhand as often as possible to avoid the mighty Osaka forehand. But I just have the feeling that Osaka could assert herself on these ultra-slick surfaces.