Live from the EFC Performance Institute in Johannesburg, South Africa, Saturday the 9th of April the continent’s biggest promotion brings you EFC 93: Van Staden vs. Makengele. 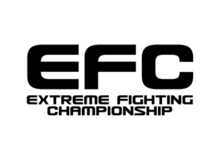 Live from the EFC Performance Institute in Johannesburg, South Africa, Saturday the 9th of April the continent’s biggest promotion brings you EFC 93: Van Staden vs. Makengele.

The betting lines offer value after value so be sure to check out the full EFC 93 card picks.

A welterweight title showdown between veteran Martin van Staden and up and coming powerhouse Ziko Makengele. Van Staden has more than double the fights of his counterpart carrying all the experience, but three straight knockouts from Ziko means nobody can throw caution to the wind when getting locked in the cage him.

Martin “the Punisher” van Staden (20-11) makes his 32nd pro fight in search of a vacated welterweight bout. A record of seven wins in his last 10 fights, including a loss to UFC middleweight Dricus Du Plessis, shows the standard to which Martin holds himself. It’s a never say die attitude after two straight defeats to legend Dave Mazany and former champion Joe Cummins, “The Punisher’ was able to pick himself up with a round one submission over Pietie Coxen in May last year. The enjoyment of competing is all that gets van Staden into the cage, not the belt.

Ziko Makengele (3-0) has the knockout power to take many fighters off their feet. The big question is, will he be able to go to the final bell if the fight persists? He made his EFC and professional debut in May of 2021 with a second round KO of JT Botha, and just two months later hopped back in the cage against Christian Mpia (ground and pound TKO) in July, followed by yet another quick turnaround in October smashing Jailson Cezar out the octagon in the first round. Three wins via three knockouts in five months, is a steam train that seems unstoppable.

Igeu Kabesa, the former featherweight champion is in search of the path back to the title, and before him is Ashley Calvert, who out of the ashes has been reborn in the EFC.

The Congolese fighter, Igeu “Smiley” Kabesa (12-2), has been a dominant force in the EFC for the last decade. Kabesa went 8-0 before challenging for the title against Danny Henry in 2017, and before he knew it, a D’Arce choke in round one ended the dream that night. Ambition for glory had not faded and back-to-back knockout victories over Pierre Botha and a spinning elbow to put down Paulo Bananada in the second round was enough to earn Igeu another chance at EFC gold. A unanimous decision victory versus Callum Murrie in 2018 was enough to make the dream come to life, and his first title defence a year later was done so spectacularly KO’ing Karlo Caput. But shortly after his toughest test to date would come in the form of Brazilian fighter Reinaldo Ekson who stole the gold from around his waist.

Ashley Calvert (2-6) has had a start to his professional career most fighters would have crumbled under. Six straight defeats from decisions to submissions and knockouts, you have to take your hat off to him for sticking it through. Calvert’s last loss in 2015 was to Sizwe Mnikathi, and after years on the sideline decided to get back in the cage against Guelor Sondi in October of 2021. A first round guillotine choke victory, taking virtually no damage, allowed for Ashely to jump straight back into another fight against the same fighter he lost to, Mnikathi. Two wins in 2021 and Calvert is back again to kick off 2022.

Igeu Kabesa on his opponent, “I know he trains with Jacques Russouw… I remember when I used to wrestle Russouw and throw him around, it was amazing. I used to beat his coach, now I’m going to beat him.”

UFC 273 Preview: Volkanovski vs The Korean Zombie
Cassper Nyovest vs NaakMusiQ – Everything you need to know about Celeb City Weekend