This Saturday will see New Zealand and Pakistan square off in the third and final ODI of their bi-lateral series. New Zealand currently hold a one-nil lead in the series after winning the first ODI convincingly and the second ODI – which was scheduled to be played in Napier – being called off due to a heavy downpour.

So can Pakistan draw level or will New Zealand send them home with their tails between their legs? 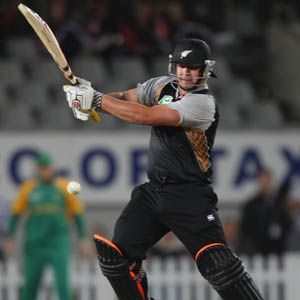 New Zealand
The Black Caps come into game, off the back of a convincing win in the first ODI. A controlled innings from Henry Nicholls helped recover the Black Caps innings after their top four had all been dismissed for low scores. While Nicholls and fellow all-rounder Mitchell Satner played rather subdued innings – in a quest to consolidate their side’s position – two of the Black Caps lower order batsmen took a different approach.

Mitchell McClenaghan and Matt Henry dispatched the Pakistani bowling attack to all parts in the final 10 or so overs of their side’s batting innings and helped guide the team to a respectable total of 280. While both men ended the New Zealand’s innings not out, McGlenghan departed the scene under completely different circumstances. The burly all-rounder copped a bouncer that somehow managed to get through his helmet grille and make contact with his orbital ridge. He was forced to retire hurt. In fact, the injury was so serious that McGlenghan was forced to go to hospital.

He was subsequently ruled out for remainder of the series but the Kiwis do have an apt replacement for him in the shape of Doug Bracewell. McCleghan’s’s replacement is likely to be joined in the Black Caps third ODI eleven by BJ Watling who will come in for the rested Luke Ronchi. 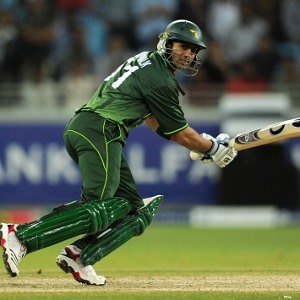 Pakistan
As I said in the preview for the second ODI, Pakistan’s brains trust is culpable for their opening ODI defeat. Skipper Azhar Ali’s design to pull his fast bowlers out of the attack and bring on his spinners when the Black Caps were against the ropes at 99 for 6, is beyond me.

His choice to revert to the spinners all but sealed his side’s fate as New Zealand’s lower order took a fancy to the Pakistani slower bowlers. The Black Caps eventual total of 280 proved far too much for the Pakistani’s who were bowled out for 210.

While the second half of their bowling innings was rather poor, their batting innings didn’t even have a high point. Apart from Mohamed Hafeez 42, Babar Azam 62 and Safraaz Ahmed 30, no other Pakistani batsmen managed to post a score in excess of 20 runs.

After that shocking all-round performance, Pakistan will know that they have to up their game tenfold if they are to draw the series. Their quest to restore parity will be substantially bolstered by the return of Shoaib Malik. The 33-year-old all-rounder will greatly strengthen Pakistan’s middle order and his ability to keep the scoring down with ball in hand will also aid his side. 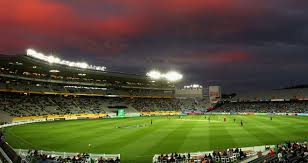 Venue
The multi-purpose sports venue is home to both the Auckland cricket team as well as the Auckland Blues rugby side. The ground hosted a few games during last year’s World Cup and if the scores that were posted at the showpiece event are anything to go by, then we may be in for a bit of a low scoring affair.

The local weather bureau are predicting similar weather to what was seen at Eden Park so we may be in for a rain-affected match.

Verdict: New Zealand 4/10
New Zealand have been the dominant side for the majority of the bi-lateral series and my money is on them closing out the ODI segment of the series with another win. While the price is rather short at 4/10, it’s definitely worth adding it as a banker to one of your multiples.