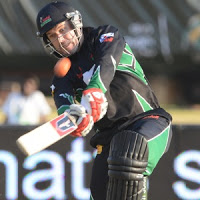 Sunfoil Dolphins to beat the VKB Knights at 11/20
The Sunfoil Dolphins and the VKB Knights will go head to head in the first game of Saturday’s Ram Slam T20 Challenge doubleheader. The Knights will be buzzing having secured their first their first win of the season earlier in the week against the bizhub Highveld Lions. Even with that win, however, the men from Kimberly still have no real chance of making the play-offs.

The Dolphins, after making a perfect start to the season, haven’t won a game in four attempts. Lance Klusner will be desperate for his team to pick up the win against the basement-dwellers. They’ve bowled well this season, though their batting performances have let them down of late. Even though they’ve been struggling, I’d still back the likes of Vaughn van Jaarsveld, Andile Phelukwayo, Keshav Maharaj and Morne van Wyk to have too much quality for an out of sorts Knights set-up to deal with. Back the men from KZN to get the win at 11/20. 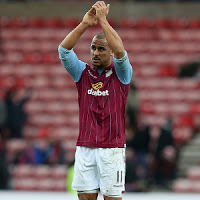 Aston Villa and Watford to draw at 2/1
Remi Garde’s Aston Villa need a massive turnaround in their form if they’re going to avoid the drop this season. The West Midlands side have only managed a solitary win all season and are currently five points off safety.  Having absolutely capitulated against Everton last weekend – going down 4-0 – there were few positives to take away from the game. The Villains will also have to get the job done without Jack Grealish, who has been dropped from the side after being caught drinking shortly after last weekend’s loss.

Having been promoted to the Premier League last season, Watford were many pundits’ favourites for relegation. The Hornets, however, have showed incredible heart this season and currently occupy 13th place on the league table. They were unlucky not to get anything out of their home loss against a stuttering Manchester United last week. While Villa have been woeful, Watford have been wildly inconsistent. I wouldn’t be at all surprised if this game ends in a goalless or low-scoring draw. Back that result at 2/1. 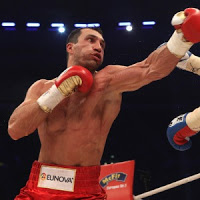 Wladimir Klitschko to beat Tyson Fury at 1/5
It what’s been billed as the biggest heavyweight fight of the year, Wladimir Klitschko will defend his WBA, IBF, WBO and IBO heavyweight titles against the Gypsy King, Tyson Fury at the Dusseldorf Espirit  Arena on Saturday evening. The reigning champion has been his regular composed self in the build-up to the fight, while Fury has taken every opportunity he’s been given to trash talk the Ukrainian.

For all of swagger in the build-up to the fight, Fury stands very little chance against the machine-like jabbing capability of Klitschko. Patience – an attribute not often associated with boxers – is one of Wladimir’s biggest strong points. He won’t feel the need to search for the KO, especially if he knows that he’s ahead on points. If the opportunity does present itself though, and it should, expect Klitschko to nail Fury to the canvas. 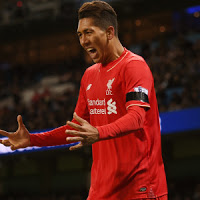 Liverpool to beat Swansea at 9/20
Gary Monk’s Swansea City side haven’t been good this season, winning just three games out of 13. Their form of late has been so bad, in fact, that Gary Monk could soon be on his way out of the Liberty Stadium. The Swans were extremely lucky to get anything out of last weekend’s game against Bournemouth, where two Andre Ayew goals earned them a draw. The early season form of Bafetimbi Gomis and Jonjo Shelvey has all but evaporated, leaving the Welsh club struggling for creativity and goals.

Liverpool on the other hand, seem to have turned a corner. The team seem to have adapted to Jurgen Klopp’s philosophy fairly quickly and put in a near-perfect performance away at Manchester City last weekend in which Roberto Firminho and Coutinho running riot against a hapless City defence. A fresh injury concern surrounding Daniel Sturridge (foot) will be lessened somewhat by the news the Coutinho should be fit for Sunday’s clash. Back the Reds to claim all three points at 9/20. 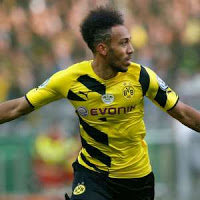 Borussia Dortmund to draw with VFB Stuttgart
Dortmund haven’t set the world alight this season, but they were truly awful last time out against Hamburg where they suffered a 3-1 defeat. A truly calamitous defensive display saw was capped off by a particularly poor Mats Hummels own goal. BVB also suffered the indignity of a midweek loss to Russian minnows FC Krasnodar in the Europa League.

Stuttgart have also been atrocious this season, and find themselves sitting third from bottom on just 10 points from 13 games. This isn’t really a fair reflection of how strong their squad is, though.  With Dortmund in a bit of a slump and Stuttgart desperate to start climbing the table, I’d back the away side to share the spoils this weekend at the Westfalenstadion at 6/1.