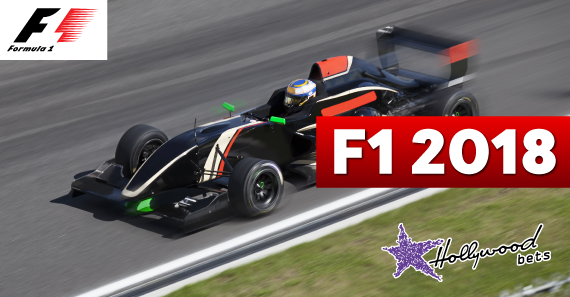 Ferrari will be looking to bounce back from a poor outing in Sochi when the F1 field lines up for the 2018 Japanese Grand Prix at Suzuka on Sunday the 7th of October.

The Russian Grand Prix proved to be an extremely profitable one for yours truly with both my 9/1 value bet tip and my race winner tip arriving. Hopefully, Suzuka turns out to be as profitable as Sochi was.

Previous Race
I don’t usually shout for Mercedes during a race weekend but Sochi was different as the Silver Arrows scored me a ton of profit with Lewis Hamilton delivering on my 11/10 race winner tip and Valtteri Bottas – who claimed second place in the main race – helping me to a tidy 9/1 dividend by claiming pole in qualifying.

Mercedes and my joy were Ferrari’s woes, however, with the Prancing stag being overtaken on the Constructors’ Championship standings and main man Sebastian Vettel falling further behind Lewis Hamilton on the Drivers’ standings. The German ace could only manage a third-place finish while Kimi Raikkonen could only claim fourth.

Sochi was also rather disappointing for Red Bull. The team has performed rather well there in recent years but a 5/6 finish for Max Verstappen and Daniel Ricciardo was hardly the stellar performance Christian Horner would have been hoping for.

With the three main teams securing the top sixth berths it was the remaining positions inside the top 10 that became something of a bun fight with Charles Leclerc claiming seventh, Kevin Magnussen eighth, Esteban Ocon ninth, and Sergio Perez tenth.

Track
Suzuka is one of the most challenging tracks on the Formula 1 circuit. Drivers will fight it out over 53 grueling laps, with each lap spanning a distance of 5.608km and containing 19 corners.

While the 130R sequence is one of the most trickiest to negotiate on the F1 calendar, it’s not the only set of corners that could give drivers a few hassles, however, as the Dunlop Curve turn is also a treacherous one to navigate – this was the corner that tragically claimed the life of Jules Bianchi four years ago.

In terms of the weather forecast for the weekend, it seems we’ll have a bit of rain during the practice sessions but qualifying and the main race should be dry.

Last year’s Japanese Grand Prix was won by Lewis Hamilton while second place went to Max Verstappen while the podium was rounded out by Daniel Ricciardo.

Value Bet – Podium Finish – Max Verstappen @16/10
The young gun really enjoys this track having taken second place in the last two editions. He comes into this one off the back of a decent showing in Russia, but his car is far more suited to the Suzuka track.

Fastest Qualifier & To Win Race Outright – Lewis Hamilton 83/100 & 8/10
There’s honestly not much value in either of these markets but I can only see Hamilton claiming both of these honours this weekend. The ‘Brit has a solid if not spectacular record at Suzuka winning the 2007, 2014, 2015 and 2017 editions of the race.

The reigning World Champion is also in solid form and I for one won’t be betting against him this weekend.