The Presidents Cup, a biennial event which follows the same format as the Ryder Cup, heads to South Korea this week. Whilst it can be said that it doesn’t generate the excitement that the Ryder Cup does, it’s still an event that golf punters always keep an eye on.

The match play format, which sees twelve players from each side competing in four-balls and foursomes over the first three days and single match-ups on Sunday, offers great betting opportunities. Those who are shrewd and patient enough to string together multiples on the daily match-ups can be richly rewarded. We’re more interested in the outright markets this week though but remember to keep an eye on the betting every morning, there’s definitely going to be a lot of value to be found. This week the US team will be hosted by the Internationals at the Jack Nicklaus Golf Club Korea in Incheon City, and the course looks like it’ll be throwing a few challenges their way. Measuring a respectable 7,300 yards, the course plays long and distance off the tee is a stat to be favoured over accuracy. The wide fairways give a bit of room for error which is definitely a good thing as the course is exposed, and when the wind gets up things get tough. This is especially true when approaching the green, as given their size, getting it close to the pin will go a long way in ensuring holes are won.

The layout resembles that found on the European links courses which should give the Internationals a bit of an advantage as a lot of them cut their teeth on the European Tour, yet despite this the bookies have seen fit to price the USA up as favourites. Given their historical dominance of the event this comes as little surprise though, it’s tough to imagine that the team that has won nine of the last eleven stagings of the event wouldn’t be priced up as favourites.

The format allows for a few unique betting opportunities so let’s have a look and see where there’s money to be made. 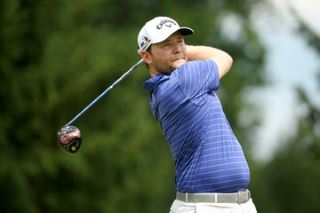 Top International Points Scorer: Branden Grace (8/1 a win)
Grace has gone from strength to strength this season and has the calibre to make the most points out of everyone in the International team. He’s one of those golfers who always comes to mind when you think about links golf and given his ability to hit it a mile off the tee, there aren’t many players in the USA team who look like they’ll beat him in this format.

At this level it’s all about who turns up though, two years ago Grace lost all four of his matches in this event. Despite this, however, he looks to be a great bet considering his recent form and he’ll arrive in Korea well-rested and looking to dominate. The obvious threat here is Jason Day but you can almost guarantee he’ll have a tougher time than Grace this week against stiffer competition. 8/1 looks fair and I’ll be backing Grace to top this market this week. 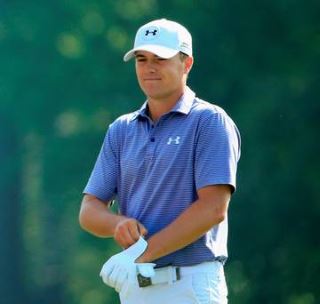 Top USA Points Scorer: Jordan Spieth (4/1 a win)
Jordan Spieth heads the Top Team Points Scorer market for the USA, and given his dominance this season that comes as little surprise. He walked away with the FedEx Cup and was crowned the player of the season on the PGA Tour after a season that has made him the biggest name in world golf. His performances in all four Majors showed that he has what it takes to play any course and play it well, so he shouldn’t have any problem adjusting to the conditions in Korea.

If anything, the layout should suit his game to a tee as he’ll be able to take advantage of the wider fairways with his booming drives. He’ll be up against the best that the International Team has to offer this week but he should have their number. It’s likely he’ll win every game he plays and 4/1 looks like a huge price, so get on.

Verdict: USA 5/10
Sure, the International team are hosting the event but given their dominance in the past, it’s tough to imagine that the hosts have what it takes to beat this strong US team. Despite the fact that Jim Furyk has pulled out and his presence and experience will be missed, there are still more than enough great golfers in this side to ensure the USA claim their ninth victory and I’m finding it difficult to look past this team, even though the price is so low. This is a great bet to throw into all your weekend multiples so be sure to include it.