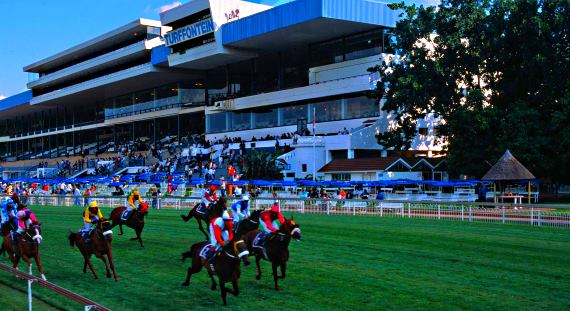 Winning Form brings you their best tips for Turffontein’s racing on Thursday the 19th of November 2015. Comments, betting and silks are provided! Tips provided come from Winning Form, as well as their back page tipster – Magic Tips by eMeM.

Race 4: ROAD TO INDY(10)
Jockey: Anthony DELPECH – Trainer: Mike DE KOCK
There are some useful maidens on display in this opening leg of the Pick and an exciting finish is on the cards. The expensive purchase ROAD TO INDY produced an eye-catching debut in a quality sprint field on Charity Mile Day. He found outside betting support that day, suggesting he is showing some fair work back home and the Mike de Kock charge was running on eye-catchingly at the finish. His trainer has wasted little time in stepping him up in distance and his pedigree suggests that he should love the mile. The three-year old bay colt has a good draw on his track debut and he should make natural improvement. He will be tested in this field, though.

HEAPS OF FUN was far from disgraced in her post maiden run at feature level against male rivals, three weeks ago and this daughter of Visionaire is clearly above-average. She had an awkward start that day but ran on late to finish a well beaten 5th behind some high class sorts. The Sean Tarry inmate has loads more improvement to come and she will prefer facing her own sex today. She takes on some hard knocking older rivals on unfavourable weight terms but has class on her side and she should give a very good account of herself. Her good draw on her track debut is a major plus.

AMERICAN MAGIC had brief traffic issues when he finished a well beaten 3rd last time but he met two useful sorts that night and now drops to a suitable class of opposition. The Woodruff inmate has shown some decent post maiden form and he will be cherry-ripe on his third run after a break. The four-year old gelding runs well for this jockey and he should be a force in this field.

SHAWL got right back to her best with a gutsy last effort over further and she loves racing on this tight circuit. Her c & d record is solid and the blinkers seemed to have done the trick for the daughter of Seventh Rock. She has cracked a good draw in this ordinary field and is the one to beat with the stable jockey in the saddle.

This is another very competitive affair that should yield a thrilling finish. SUPERTUBE needed both his comeback runs over shorter and he drops heavily in class today. He holds a very good c & d record and will be a major threat on his third run back from that 22 week absence. Interestingly, he was partnered by ‘Striker’ in those two cracking c & d runs referred to above.