Manchester United host high-flying Stoke City in a thrilling midweek encounter this Tuesday evening. Louis van Gaal will be determined to give his fans something to cheer about after being booed off in their 1-0 home defeat to Southampton. The season of 2015/16 has been horrendous for all United fans. Despite being just five points off the top four, much criticism has come of van Gaal this season. Stoke, on the other hand, will hope to emulate the result they pulled over the Red Devils in the reverse fixture when they ran 2-0 victors at the Britannia Stadium.

Could we see a repeat of that fixture? Let’s find out. 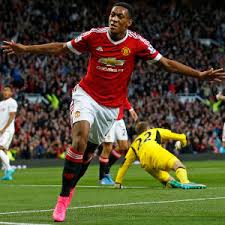 Manchester United
A consecutive home match in a row is exactly what Manchester United needed to turn things around this campaign. But after a 1-0 home loss to Southampton last time out, United will hope to get all three points to make it at least three from a possible six in their two home fixtures. The Red Devils managed just one shot on target against the Saints, and that was a 40-yard strike from Daley Blind. United conceded after an 87th-minute header from Southampton debutant Charlie Austin – the £4m bargain – netting with his first shot.

In case you missed it earlier this season, Man United have been accused of playing slow-paced boring football. Despite their boring style of play, that van Gaal has cemented in his team, it’s the results which matter most. The Red Devils suffered their first defeat of 2016 and were last defeated by Stoke City when they travelled to the Britannia Stadium in the reverse tie prior to last weekend. It has been a roller-coaster ride for United fans this season. Their most exciting match this campaign saw them draw 3-3 at Newcastle – a result which gave the fans belief of playing the fast-paced attacking football that they are used to seeing.

Wayne Rooney bagged a brace during that game and has been in fine form for the Reds. It was the England captain’s goal which saw them edge bitter rivals Liverpool a fortnight ago as well. A perfect example of a captain. When your team is down and all fans have given up, it is that man you go to. Rooney now has four goals in his last four league matches and is more than capable of adding to that tally. Anthony Martial has also been a key player for United this season. Since his big money move from Monaco, Martial has been one of the first names on van Gaal’s team sheet. Regardless of whether the Frenchman plays through the middle or out wide, he constantly provides a threat against any team he plays against. With quick feet and dazzling acceleration, Martial has the ability to beat past one, two or even three defenders at a time. We could definitely see some great link-up play between Rooney and Martial in this game. 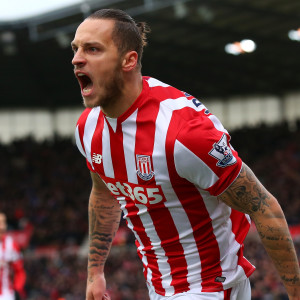 Stoke City
Stoke City come into this game off the back of a 3-0 defeat to title-contenders Leicester City. It was a game where Stoke were simply unable to match the pace and energy of the Foxes. More worryingly for Stoke, captain Ryan Shawcross limp off injured just inside 30 minutes. Many questions were asked of Mark Hughes after he opted to leave Bojan on the bench and decided not to risk Marko Arnautovic who had just recovered from a hamstring injury.

It proved to be costly for the Potters who are used to having a front three of Bojan, Arnautovic and Xherdan Shaqiri all roaming around in attack. The trio have been superb under Hughes this season and have influenced notable victories against Man United, Manchester City and champions Chelsea. Stoke have shown that they are a team with ambition and are capable of upsetting the biggest teams on their day. A win against the Red Devils will see Stoke move just a point behind their opponents.

Another key factor in the Potters’ form this season is the significant growth of Jack Butland. Winning the English Under-21 Player of the Year award for his displays in 2015, the young goalkeeper is now level with Petr Cech, keeping 10 clean sheets this season. Butland has kept notable clean sheets in their wins against United, City, Chelsea and managing to keep Arsenal at bay in a goalless draw at the Britannia Stadium. The Potters are more than capable of repeating the 2-0 feat they managed in the reverse fixture against the Red Devils with an attacking trio of Arnautovic, Bojan and Shaqiri – along with Jack Butland being the last line of defence for Stoke.

Verdict: Manchester United 7/10
Stoke City come to a ground where they have failed to pick up any points in their last five games. The Red Devils won this fixture 2-1 last season and will be hoping to play their knees out for under-fire manager Louis van Gaal. United have won five in a row against the Potters at Old Trafford and are tipped to continue that run. Six of the last seven home matches for United have seen a 0-0 scoreline, so if you the type for value – Get on Man United to draw halftime/win fulltime at 31/10. For those like me who like to play it safe, Man United for the win at 7/10 will do.