Last weekend saw both Real Madrid and Barcelona lose together for the first time this season. Defending champions Atletico Madrid took full advantage of their slip-ups and now lie joint second with Barca and just a point off their local rivals Real. More points will be dropped this weekend as Barca host Atletico while Los Blancos will be looking to get back to winning ways against Espanyol after their 22-match winning streak was ended.

Levante 11/10
Draw 21/10
Deportivo 26/10
Levante went down 3-1 away to Atletico Madrid last weekend and are without a win in their last six matches. They will be hopeful of clinching a victory this weekend as they host a Deportivo side who have struggled on the road, losing five of their eight travels, winning just once and managing to score only four goals. Levante have drawn their last three home matches and are tipped to finally clinch another home win. 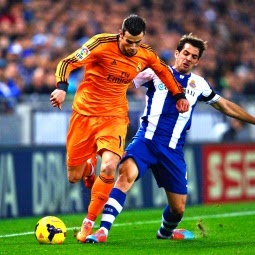 Real Madrid 1/11
Draw 92/10
Espanyol 21/1
Real Madrid’s 22-match winning streak was ended at the weekend when they lost 2-1 at Valencia. During the Christmas break while Valencia were resting, Carlo Ancelotti’s men travelled to Dubai for a money-making friendly with AC Milan. Before losing 4-2 to MIlan in a showcase match arranged to keep the sponsors happy, Madrid had won their previous 22 games in all competitions to set a new Spanish record. But they lacked both quality and intensity against Valencia on Sunday.  It was a first competitive defeat since September, a wake-up call and their poorest performance in recent memory. This weekend they will host an Espanyol side who were beaten 2-1 at home to Eibar. Real Madrid should return to winning ways. There is no value in the home win so take Real Madrid to be the only team to score at 8/10.

Malaga 18/10
Draw 21/10
Villarreal 16/10
Malaga suffered just their second home loss of the season, losing 2-1 at home to Almeria. They will host a Villarreal side who are unbeaten in their last seven games, earning five wins in that run. Villarreal have lost just one away game this season and are tipped at good value for the win.

Celta Vigo 17/10
Draw 22/10
Valencia 31/20
Celta Vigo lost their sixth consecutive match, going down 1-0 away to Sevilla last weekend. Valencia will come into this game full of confidence after beating Real Madrid 2-1. They lie in fourth spot and are still well within the title race, just five points off leaders Real. Valencia have won four of the last five matches against Celta Vigo. The away win is tipped.


Eibar 27/20
Draw 21/10
Getafe 22/10
Minnows Eibar’s fantasy debut season in the top tier continues as they sit pretty in eighth spot after 17 matches. They managed a 2-1 away win against Espanyol last time out and will be hopeful of picking up another three points when they host a Getafe side who are without a win in seven games after losing 2-1 at home to Vallecano. Getafe have scored just 13 goals in 17 games this season while Eibar have managed eight more. Eibar lost 1-0 to Valencia in their last home match in the league but prior to that whipped Almeria 5-2. Back the home win.

Almeria 33/10
Draw 23/10
Sevilla 9/10
Almeria are coming off away wins against Malaga and Celta Vigo. Sevilla have raised their game in the race for fourth spot. However, they have been inconsistent on the road, winning four matches and losing three. The draw looks the best bet. 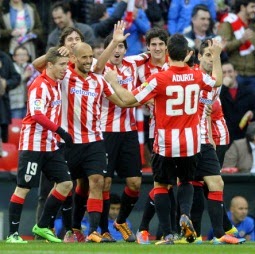 Athletic Bilbao 5/10
Draw 11/4
Elche 13/2
Athletic Bilbao are in poor form but will welcome this fixture against bottom of the table Elche who are in even worst form having not won in seven games and have lost four times in the last five. Bilbao are better at home while Elche have been poor on the road. With home advantage against the bottom ranked team, Bilbao should break their four match winless run with a victory.


Granada 18/10
Draw 21/10
Real Sociedad 16/10
Granada dropped to 19th after their 2-0 loss to Cordoba on Monday night which stretched their winless run to 13 matches. Real Sociedad are flying high after beating Barcelona 1-0 which means of their four victories this season, they have beaten the top three teams in Real Madrid, Atletico Madrid and Barca. They are winless away drawing four times and losing four times. Granada have scored just 10 goals in their 17 games played this season and only four of those goals have been scored at home from eight matches. Sociedad won this match 3-1 last season and are tipped to pick up their first away victory of 2014/15.


Rayo Vallecano 7/10
Draw 26/10
Cordoba 4/1
Vallecano moved into 10th spot with a 2-1 victory at Getafe last weekend. Cordoba are coming off just their second win of the season, beating a weak Granada outfit 2-0 at home. Cordoba have conceded 18 goals in their nine travels this season and Vallecano should solve their poor scoring form and claim maximum points here.