Kaizer Chiefs and Orlando Pirates will renew hostilities in the semi-finals of the Telkom Knockout on Saturday at the FNB Stadium. Chiefs surrendered their unbeaten record in the league with a 3-1 loss to Pirates last weekend and Steve Komphela’s charges will be out to avenge that defeat. Kaizer Chiefs
Kaizer Chiefs will be looking to bounce back from their defeat to Orlando Pirates last weekend and book their place in the Telkom Knockout Final. The Glamour Boys annihilated Platinum Stars 3-0 at the Moruleng Stadium in the first round of the tournament and overcame Mpumalanga Black Aces 2-1 in the quarter-finals.

Chiefs have won just two of their four games played at home in the league. The victories came against Free State Stars and Mpumalanga Black Aces. Komphela will be looking for a positive reaction from his players as he targets his first piece of silverware since taking over the club. After missing out on the MTN8 Cup last month in a 1-0 defeat to Ajax Cape Town, Komphela will be desperate to get his hands on the Telkom Knockout.

George Lebese will be Chiefs’ main ingredient for creativity and he’ll be expected to dictate the tempo and style of Amakhosi’s attacks. When given time and space on the ball, he can produce at any given moment and Pirates will need to mark him tightly. Siphiwe Tshabalala will provide a constant threat on the wing. He has a great burst of pace, quick feet, and very good agility, all of which allows him to breeze past opposition defenders. Chiefs will be relying on Tshabalala to be their main source of creativity in midfield and the man they’ll look to provide that killer pass for target man Camaldine Abraw. 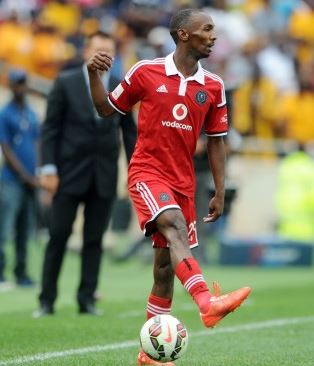 Orlando Pirates
Orlando Pirates come into this match in buoyant mood following their impressive win over Kaizer Chiefs. The Buccaneers produced a complete performance that left Komphela’s men totally outclassed thanks to goals by Issa Sarr, Ayanda Gcaba and Thami Gabuza. The result saw Pirates rise to 12th on the log, while Chiefs slipped to sixth, just six points ahead.

The Bucs will now turn their attention to the Telkom Knockout where they’ve beaten the University of Pretoria and Maritzburg United to get this far in the tournament. Eric Tinkler will be confident his team can replicate last weekend’s victory, but the players will need to put in another stellar performance. Tinkler would have been impressed with Gcaba’s performance against Chiefs. The Port Shepstone-born versatile defender netted Bucs’ second goal from a header and Tinkler will be hoping for another solid performance from him.

Oupa Manyisa runs the show in midfield with his quick feet and fantastic dribbling skills. He can turn defence into attack in a matter of seconds and has the ability to create something out of nothing. Manyisa brings creativity and invention to Tinkler’s side and he could be a nuisance for Komphela’s men on Saturday.

Winning matches for Pirates this season has often been the task of Mpho Makola and Thabo Rakhale. They provide a threat from each wing and they will have to be on fire to help Tinkler secure a huge win. Pirates will look to Rakhale to produce his magic and give the Chiefs defenders a torrid time with his fancy footwork and skill on the ball. Up front, Thamsanqa Gabuza is quick, powerful, tenacious, strong, and superb at holding up the ball to link up with midfield runners. He sniffs out chances, and when an opportunity presents its self, he executes to perfection.

Verdict: Orlando Pirates 21/10
In recent years, this game has often disappointed. There have been far too many draws as coaches approach the game with the negative idea of avoiding defeat. Home ground advantage means very little when these sides play and it should be a closer contest with Chiefs desperate to avenge their defeat. Pirates were at their best last weekend and fully deserved their win. I’m backing the Bucs to repeat that feat at 21/10.