With the series tied up and everything still to play for,
the teams head to Mumbai for the fifth and final One Day International. The Indians are coming off the back of a
dominant performance that would have helped silence some of the criticism that
had been aimed at them. With the Tests fast approaching, the Indians will be
desperate to level the bi-lateral series score with a victory on Sunday. Will
it be the resurgent hosts or the impressive tourists that take the ODI series
honours? 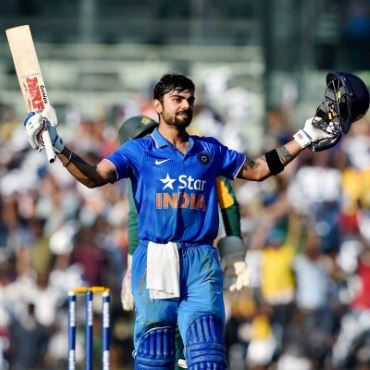 To Win Match
India  15/20
Draw  35/1
South Africa  11/10
India
India’s middle order finally came to the party on Thursday
evening. While Virat Kohli stole the show with his 138-run innings, they would
never have reached the 299 total had it not been for Raina and Rahane’s innings. The middle order duo both chipped in with knocks in excess of forty runs.
While
299 is not the hardest target to chase down, on a batsman-friendly deck, the
Chennai wicket was anything but batsmen friendly.  Despite a valiant effort by AB de Villiers,
the South Africans fell thirty five runs short of the total.
The Indians will need their middle order to repeat the trick
in Mumbai on Sunday as the South Africans are likely to field an
extra batsman in their match day squad. 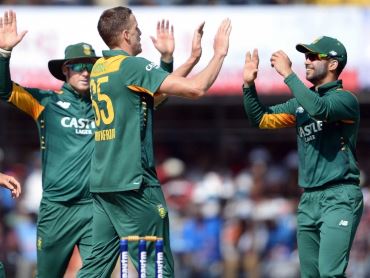 South Africa
Was it the team selection that cost the Proteas the game or
was it just a poor batting performance that lead to the loss? With JP Duminy
side lined for a few weeks with a hand injury, Russel Domingo opted to fill the
gap left by the all-rounder, with Chris Morris. While Morris is a decent enough
lower order batsmen he’s nowhere near Duminy standards.
Another absentee from
the side, was Morne Morkel. The Proteas quick has been the pick of the bowlers
in the ODI series thus far and was a surprise ommition from Thursday’s squad.
He is likely to come back into the side for the decider in Mumbai, which will
greatly enhance the tourists chances of claiming back-to-back series wins.
The Proteas will need to up their game for this one as the
Indians will be on a high after leveling the series. I wouldn’t be surprised
to see Dean Elgar come into the side in place of Morris, while Aaron Phangiso
is likely to join him in the supporters club.
Venue
Situated in the heart of Mumbai, the Wankhede Stadium is
home to some of the most vocal fans in the country. The venue has been a happy
hunting ground for India in the past. They have won ten out of the sixteen
ODI’s held at the venue.
Three of these ODI’s were against the South Africans, who
have never tasted victory on this ground. India won all three games played between
the two sides and will be keen to maintain that unbeaten record.
The players will be battling it out in temperatures
exceeding 35 degrees Celcius for the third game in a row. While it’s set to be a
hot a humid day, the local weather bureau are predicting clear skies and none
of that pesky late afternoon rain that has marred a few series deciders in the
past.
Verdict: South Africa
11/10
It’s going to be a tight game but I think the return of
Morne Morkel may just swing it in favour of the tourists.
Related TopicsAB De VilliersbetsbettingcricketDean ElgarIndiaKagiso RabadaOddsODIsouth africatipsVirat Kohli