Ram Slam action continues this Sunday with a full set of fixtures scheduled. The Cobras host the undefeated Dolphins in the day’s first fixture. Elsewhere, the winless Knights take on the Lions in Kimberley and the Titans play host to the Warriors. 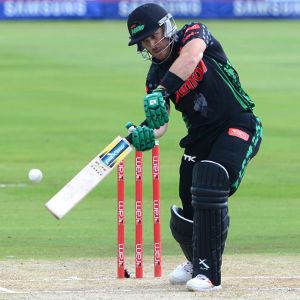 Cape Cobras 1/1
Draw 35/1
Sunfoil Dolphins 8/10
The Warriors 25 run victory over the Lions on Friday night saw the Cobras drop to fourth spot on the table. The Cape-based franchise will be desperate to move back into the playoff places but in order to do so they’re going to have to put one over the tournament’s form team this Sunday.

Both sides should be quite fresh heading into this encounter as neither did duty on Friday evening, although the Cobras did play the Knights on Wednesday. The Cobras have struggled with the bat for the majority of the tournament, but their middle order finally came good against the Knights. Justin Ontong, Sybrand Engelbrecht and Rory Kleinveldt each chipped in with scores in excess of 30 runs. They will need to reproduce similar efforts this Sunday as they’re going to have to post or chase a large score if they’re going to overcome the Dolphins.

The KZN franchise will be hoping Kevin Pietersen’s rich vein of form continues this weekend. The England international is set to leave for Australia soon and he will want to finish his short stint with the Dolphins on a high. If he gets going on Sunday, the Cobras bowlers will be in for a long afternoon.

Verdict: Dolphins 8/10 and Kevin Pietersen Top Dolphins Batsmen 9/4
With Dwayne Bravo also set to feature for the Dolphins I can’t see anything but an away win. Kevin Pietersen to top score is definitely worth a punt at 9/4. 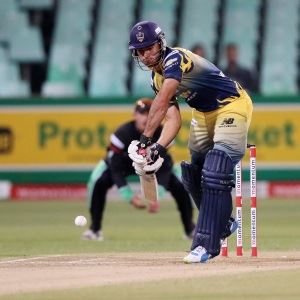 VKB Knights 1/1
Draw 35/1
bizhub Highveld Lions 8/10
The Knights miserable run of results continued on Friday evening when they went down by a single run to the Titans. Having restricted the Titans to a total of 128 runs, the Knights looked like they may finally get that elusive win. It was not to be, however, as they failed to capitalise on the platform laid by Reeza Hendricks upfront. The diminutive Hendricks will have to be the catalyst for the Knights batting innings again this Sunday as his top order colleagues are horribly out of form.

The Lions also suffered a loss on Friday evening but in much more emphatic fashion. Their 25 run loss to the Warriors has left them teetering on the brink of a pool stage exit from the tournament. They desperately need a win on Sunday and will be going all out to attain a positive result. Eddie Leie and Aaron Phangiso will be vital for the Gauteng-based franchise. The spin twins are yet to really take a game by the scruff of the neck but they are more than capable of strangling an opposition batting innings even when it’s not their day.

Verdict: Knights To Win 1/1 and Reeza Hendricks Top Knights Batsmen 11/4
I’m going to stick my neck out here and back the Knights for the second game in a row. With his compatriots horribly out of nick with the willow, Hendricks is more than likely going to be the top scorer for his side once again. 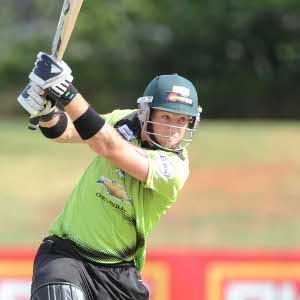 Unlimited Titans 5/10
Draw 35/1
Chevrolet Warriors 31/20
* Odds to be updated upon release
The second placed Titans will take on the third-placed Warriors in what promises to be an intriguing game of cricket. Both teams are gunning for playoff places and a win here will greatly enhance the victors chances of making it through to the playoffs.

The Titans narrow victory over the Knights on Friday evening has seen them move four points above the Warriors on the log and a win here will all but seal their involvement in the next round. With the quality the Titans have amongst their ranks they really should win this one. Quinton De Kock and Henry Davids are capable of taking a game away from an opposition team in the blink of an eye whilst Albie Morkel has been in impeccable form with both bat and ball. The all-rounder scored 46 runs and went for just 11 runs in his three-over spell on Friday evening.

A fantastic bowling performance saw the Warriors defeat the Knights on Friday evening. Sisonda Magala was the pick of the bowlers, with the lanky quick decimating the Lions top order. If Magala can replicate that sort of spell then his side may just be able to claim a vital away victory.

Verdict: Titans 5/10 and Colin Ingram Top Warriors batsmen 333/100
My money is on the Titans claiming a narrow victory in this one. Colin Ingram is likely to offer fantastic value as the Warriors Top Batsmen.