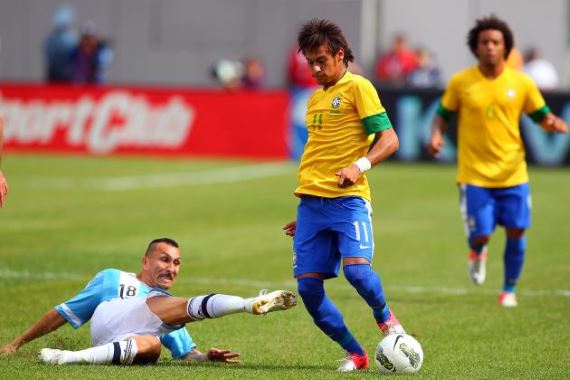 South American heavyweights Argentina and Brazil will lock horns in a 2018 World Cup Qualifier in the early hours of Friday morning. The Selecao have a good record against La Albiceleste having won 12 of their 23 meetings with just six defeats. However, Brazil have been a shadow of themselves with Argentina outshining them in recent years. La Albiceleste are the number 1 ranked team in South America, whilst Brazil are behind Chile and Colombia in 4th place. 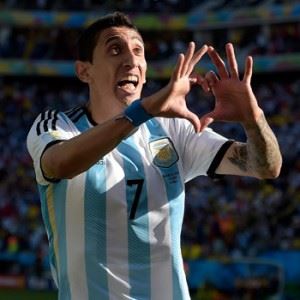 Argentina
Finalists at the last World Cup, Argentina’s attempt to go one better in Russia 2018 is now underway, and it could hardly have gotten off to a worse start. Defeat at home to Ecuador followed by a 0-0 draw away to Paraguay last month means Argentina sit seventh in the CONMEBOL group after two matches. Never in the history of the South American qualifiers, even so early in the campaign, have they been this low. Argentina have looked directionless, flat and unimaginative.

They will be desperate to return to winning ways against Brazil on Friday and coach Gerardo Martino will be hoping his players will be at their best for this crucial World Cup qualifier. Boca Juniors striker Carlos Tevez will likely start up front in place of the injured Sergio Aguero. The Manchester City forward limped off midway through the first half of Argentina’s 2-0 loss at home to Ecuador and hasn’t featured since. His injury is a massive blow to a side already struggling to cope without Lionel Messi, who is out for two months with a knee injury. Adding to their woes, Lazio midfielder Lucas Biglia withdrew with a thigh strain and Ezequiel Garay has left the squad to be with his expectant wife, while Manchester City right-back Pablo Zabaleta misses out with a knee ligament injury.

The rambunctious Tevez will be charged with getting the goals and upping the tempo for Argentina. Angel Di Maria has been in excellent form for his club Paris Saint-Germain, and Martino will be hoping he carries that form with him on the international stage. Di Maria has four goals and three assists from nine games for the Ligue 1 Champions and he’ll be the driving force in Argentina’s attack. 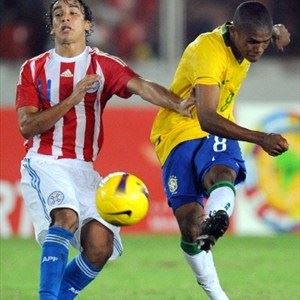 Brazil
Brazil have not had the best of starts themselves, but they have at least managed one win as they sit in fifth position with three points. They were turned over 2-0 in their opening match against Chile, but managed to hit back immediately with Willian scoring twice and Ricardo Oliveira also finding the back of the net in a 3-1 win over Venezuela.

The five-time World Champions will be looking to build on that victory and capitalize on Argentina’s injury woes. Brazil will be without a few regulars, including, Real Madrid full-back Marcelo and Paris Saint-Germain centre-half Marquinhos – both sidelined with thigh problems. Arsenal’s Gabriel and Atletico Mineiro’s, Santos, are called up in their place.

Dunga will be happy to have Barcelona forward Neymar back in the side after missing the past four internationals through suspension. Neymar has been outstanding this season, having scored 11 goals and three assists in 10 appearances for the La Liga champions. With the Barcelona man, Brazil have a chance of winning any game, without him you wouldn’t be confident backing them against top opposition. The Barcelona star was in dazzling form last weekend, showing off his sublime skill, clowning a pair of Villarreal defenders with his dribbling and scoring a brace in his side’s 3-0 win over Villarreal. He produces the goods more often than not, as evidenced by his ludicrous goalscoring record at international level. Neymar has 46 goals in 67 games for Brazil – keeping him quiet will be Argentina’s biggest test. Dunga will rely on the attacking trio of Neymar, Willian and Douglas Costa to hassle the Argentine defence in a bid to get on the scoresheet.

Verdict: Brazil 18/10
Argentina will struggle to cope without the influential duo of Messi and Aguero and are coming off the back of two defeats, whereas, Brazil are coming off a 3-1 win over Venezuela and the return of Neymar will boost their attack. These two last locked horns in a friendly back in October 2014 with Brazil winning 2-0 in Beijing. I’m going for another Brazil win at 18/10.