Bayern Munich continue to saunter to a fourth straight title due to the inability of Dortmund to capitalise on opportunities granted. Of course, such changes are few and far between considering Munich have failed to win only three of the twenty league matches they have completed thus far. Nevertheless, that is the standard set and Dortmund will do well to remember Wolfsburg’s regrets of last season. Bayern had the Champions League as their primary concern and amid injuries to key personnel dropped points in the Bundesliga. Had Wolfsburg been consistent earlier, the season may have ended differently. It begs the question of what twists may still be in store this term. 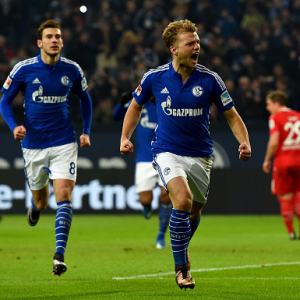 Mainz 18/10
Draw 47/20
Schalke 15/10
Marvellous Mainz moved up to seventh spot on the Bundesliga standings with a 1-0 away win at basement boys Hannover. That’s back-to-back wins for the club, who secured three points against Monchengladbach the week previous. They welcome a Schalke side with two immaculate wins on the trot. A 2-0 win away at Darmstadt was followed by a rampant performance last week against visitors Wolfsburg. Schalke completed a 3-0 romp of last season’s closest title contenders, goals from Klaas-Jan Huntelaar, Johannes Geis, Alessandro Schopf securing an emphatic victory to the tune of boos for Wolves’ Julian Draxler. I’m too tempted by the Schalke win at 15/10 to pass it up, but Under 2.5 Goals at 9/10 looks a great alternative.
Saturday 13 February
Borussia Dortmund 2/13
Draw 7/1
Hannover 15/1
Dortmund endured a frustrating day in the capital with Hertha Berlin becoming the first side to stop Dortmund’s scoring run this season, a total of 26 consecutive games. The insipid goalless draw saw BVB fail to take the opportunity to close in on Munich at the top of the table. One must feel that a return to Signal-Iduna Park will do Dortmund the world of good. Hannover are bottom of the table by virtue of goal difference and have lost six Bundesliga matches on the trot. There is a significant gulf in quality here and Hannover have little to offer home or away. A comfortable Dortmund Halftime-Fulltime Double at 9/20 is the tip. 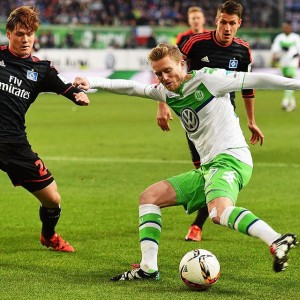 Wolfsburg 13/20
Draw 28/10
Ingolstadt 4/1
Wolfsburg slipped to eighth on the table with an embarrassing 3-0 loss to Schalke. Wolfsburg are without a league win in seven matches with four losses and three draws. Perhaps the influence of Kevin de Bruyne last season is just too sorely missed with Julian Draxler an obvious understudy. Only one win away from home this season has cost the club, while their usual impeccable home form has deserted them. Ingolstadt staged a remarkable second-half comeback to stun Bavarian rivals Augsburg and are beginning to create a decent gap between themselves and the relegation zone. These two sides played out a goalless draw at the beginning of the season and with Wolfsburg in poor form, Under 2.5 Goals is the tip at 8/10.
Stuttgart 21/20
Draw 5/2
Hertha Berlin 49/20
Stuttgart fans must be losing their minds. It’s been some time since the club has recorded four Bundesliga wins in a row and a stunning 4-2 triumph in Frankfurt has suddenly lifted Stuttgart to 11th place on the log and five points clear of the drop zone. The three points saw Stuttgart leapfrog their opponents on the table but it will be a difficult task to keep the good times rolling against Hertha Berlin. The visitors are still third on the table after being the first side to render Dortmund scoreless in the Bundesliga this season. Berlin have drawn three on the trot but are unbeaten in six league matches. The price is certainly right for the away win despite Stuttgart’s resurgence. I would suggest Hertha Berlin at 49/20 is worth the punt. Werder Bremen 12/10
Draw 5/2
Hoffenheim 21/10
Just as Werder Bremen were looking to get their season back on track they met a Gladbach side in a ruthless mood. Bremen succumbed 5-1 away from home and will need to pick themselves up for a relegation scrap with Hoffenheim. The visitors are seriously off the pace and a full seven points adrift of safety, five points behind Werder Bremen. Hoffenheim lost 2-0 at home to Darmstadt in their outing and are looking woefully devoid of ideas. I can’t advise anything but the home win here at a valuable 12/10.

Darmstadt 4/1
Draw 29/10
Bayer Leverkusen 13/20
Darmstadt once again impressed beyond expectations with a victory on their visit to relegation-threatened Hoffenheim. They’ll have tougher fixtures to overcome in the near future, the visit of Leverkusen being one them, but Darmstadt have every chance of being in the league next season. For the first time since 1990, a match between Leverkusen and Bayern Munich ended goalless. This will certainly be considered a positive for Leverkusen despite Bayern’s makeshift central defensive pairing. Leverkusen are unbeaten in five league matches and I’m tipping them to make that six here. Back the away win at 13/20. 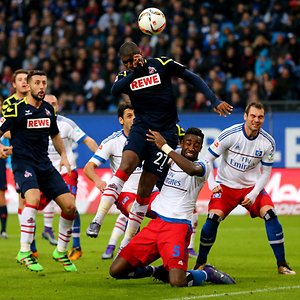 Cologne 9/10
Draw 26/10
Eintracht Frankfurt 28/10
Cologne shared the spoils with Hamburg in what was probably a fair result, all things considered. Cologne have drawn eight of their 20 matches thus far and while proving a difficult side to beat, will need to ensure that they begin snatching the extra points more often lest they begin a slow slide down a congested mid-table. Frankfurt were soundly beaten at home by Stuttgart and despite Alexander Meier’s return to form in front of goal, the club are simply too porous at the back. This is a difficult fixture to call given the form of both sides so I’ll opt for Over 2.5 Goals at 15/20.
Sunday 14 February
Hamburg 22/10
Draw 49/20
Monchengladbach 12/10
Nicolai Muller cancelled out Cologne’s opener last weekend which saw Hamburg take a point from their match with the visitors. It arrested a three-match losing streak for Hamburg but still sees the club winless in six straight league games. Considering Monchengladbach’s destruction of Werder Bremen in their last outing, Hamburg have a tough encounter on their hands. It was a first win of the year for Gladbach, who after a wretched beginning to the season switched coaches and surged up the table. It was a welcome return to form for the club who suffered losses to Dortmund to Mainz on the resumption of the Bundesliga. The away win at 12/10 offers great value for a quality side against a team struggling to remain mid-table. 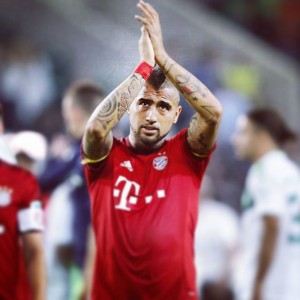 Augsburg 9/1
Draw 9/2
Bayern Munich 3/10
Augsburg were thwarted by promoted Ingolstadt at the weekend, falling asleep in the second period and conceding twice to lose 2-1. It leaves the club perilously close to drop zone, level on points with Frankfurt and just two points clear of the bottom three. The visit of the three-time consecutive league champions can only fill the club with dread, however, recent results against Munich do offer a glimmer of hope. They beat Munich 1-0 towards the close of last season (Bayern had already won the title) and again by the same scoreline the season prior. Munich won the reverse fixture 2-1 at home – making this a potential banana skin for the almighty champions. Perhaps I’m just pessimistic but I can’t tip anything other than the away win at 3/10 – it’s Bayern Munich after all.