After Nico Rosberg’s triumph in Spain the F1 world turns its head abruptly towards Monaco. It’s sure to be a weekend of excess as the rich and famous bring their luxury yachts to dock in the French principality’s infamous harbour. With famous faces and bikini-clad distractions floating around one would be absolved for missing a minute or two of race action, but do so at your own viewing peril as this is the jewel in Formula One’s crown. Mercedes managed to leave Spain with another one-two under their belts. The par for the course result is being viewed in some quarters as the first nail in Ferrari’s Constructors’ Championship assault. The race produced a bit of a role reversal for the Mercedes duo with Hamilton having to settle for second in both qualifying and the main race. His poor start to the Grand Prix allowed Rosberg to make a clear getaway ahead of himself and the Ferrari duo. Sebastian Vettel took advantage of Hamilton’s uncharacteristic failure to optimally launch and edged in front of the Brit to take second place; however it was to be the highlight of Seb’s day as Lewis managed to reclaim his grid position after a long battle between the two. This is how it remained for the rest of the Grand Prix. Just outside the podium positions, the battle between Kimi Raikkonen and Valtteri Bottas produced some fantastic racing with the Williams man managing to edge across the finish line just in front of Kimi’s Ferrari. Felipe Massa ensured it would be a respectable points haul for Williams by finishing in sixth place; he was followed by Daniel Ricciardo who claimed seventh spot. Having seen Pastor Maldonado retire due to damage on his rear wing it looked like it was to be another disappointing day for the Lotus team however Romain Grosjean‘s eighth place finish helped improve Lotus’ outlook. The final two top ten places were filled by Carlos Sainz and Daniel Kvyat respectively; Sainz had produced a fantastic qualifying effort earlier in the weekend to take fifth on the grid but couldn’t keep up with the front runners due to an underpowered car.

Track
This weekend’s race venue will not only afford drivers the opportunity to pick up valuable Driver and Constructor points but it will also give a few of them a chance to check in with their bankers and see how much money they’ve avoided handing over to the their respective tax collection agencies. All jokes aside, the actual track is synonymous with excitement and danger, having claimed the lives of four drivers throughout its history. Although safety improvements have been made over the years it still gives drivers sleepless nights. The circuit which runs through the streets of Monte Carlo and La Condamine is the only event on the F1 calendar that doesn’t adhere to the to FIA’s mandated 305km race distance; it is 3.340km long and consists of 78 laps. Drivers will be faced with fourteen turns which contain both the fastest and slowest corners in Formula One, the slowest turn being the Fairmont hairpin which is tighter than a nun’s unmentionable; the quickest is the slight kink in the tunnel. The track also has unique rises in elevation, particularly the rise at Casino Square which is 44m higher than the lowest part of the track. Drivers will have to be on their game from the outset as the early turns have claimed many retirees, with the second corner St Devote shattering its fair share of victory dreams. The weather forecast for this weekend’s race looks to be ideal with mainly sunny conditions being predicted, whilst temperatures will be in the mid-twenties. With the course so narrow and overtaking hard to come by, tyre strategy will play a key role. With this in mind Pirelli have decide to give their super-soft compound tyre a debut whilst the soft compound tyre is the other option. Last year’s event saw Nico Rosberg claim pole and the race win; he was followed by teammate Lewis Hamilton who came across the line slightly in front of Daniel Ricciardo. 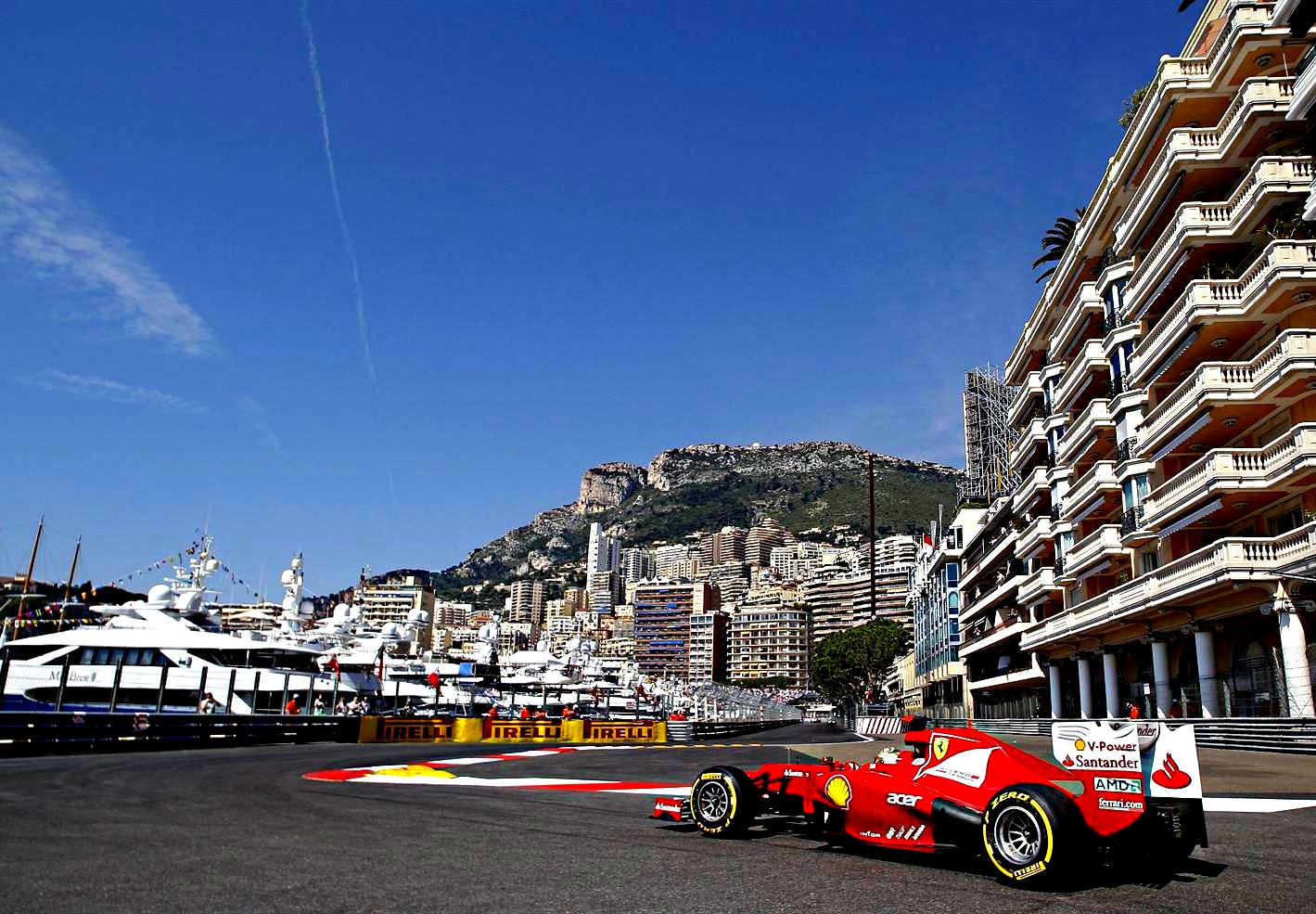 VALUE BETS
Nico Rosberg – To Win Outright (11/10); Fastest Qualifier (12/10)
Monaco has been a happy hunting ground for Nico Rosberg in recent years; he has won the previous two editions of the event and will be looking to follow in the footsteps of Graham Hill and Alain Prost who in their heydays won three in a row at the track. The German is also coming off the back of a win in Spain; his victory at Catalunya De-Barcelona will have gotten the Lewis Hamilton shaped monkey off his back. Although Nico races under the German flag he was born and raised in Monaco and his parents still reside there so expect the Mercedes man to put on a good showing in front of what is essentially his adoptive home crowd.

Kimi Raikkonen – Fastest Lap (6/1); Podium Finish (2/1)
This is another track that Kimi Raikkonen holds the fastest lap record at. The flying Finn has certainly racked them up over the years. His time of 1.13.532 that he set during his run to the Drivers’ Championship in 2006 is truly blistering; he also produced the quickest lap at last year’s event, setting a time of 1.18.479 in an underperforming Ferrari. This year he has the car and the form to attain not only the fastest lap but also give the Mercedes duo of Rosberg and Hamilton a scare. 6/1 for the fastest lap and 2/1 for a podium is fantastic value considering Kimi is a former World Champion and holds more lap records than a vinyl store in Cape Town.

Daniel Ricciardo – Top 6 Finish (8/10)
I have to admit I had thought of using the Aussie as a safety foil to my next value bet, however when I saw the odds I thought it was a good shout regardless of the Verstappen factor. Ricciardo has been doing a stellar job keeping himself in the Top 6 for the majority of the season despite a horrendously underpowered car. The Monaco circuit should level the playing fields between him and the Williams duo and I personally think he’s got both their numbers when it comes to driver ability. I did stick my neck out on Lewis Hamilton in my last piece saying he was closest thing to a sure fire return, or something along those lines. Despite my faux paux last week I’m willing to give the Red Bull man a similar vote of confidence and say he’s a very likely Top 6 finisher for this one. Max Verstappen – Top 6 Finish (5/1)
I had Max Verstappen down as one on my Top 6 finishers well before I saw the odds; it’s just one of those race weekends that perfectly catered for a big performance from one of F1’s exceedingly talented prodigies. The track favours drivers capabilities over flat out speed which may help level things out a bit between Williams and the mid-table competitors. That’s not to say that Massa and Bottas aren’t fantastic drivers, but I think the likes of Verstappen and Ricciardo may be a bit better. As we’ve already seen this season Verstappen isn’t one to succumb to pressure, his debut drive was fantastic and he just seems to kick on with every race despite being hampered by mechanical issues. Monaco has made many a champion and has been the yardstick which separates the greats from the also rans. I think this race may become one of those defining moments in this prospective future World Champion’s career.