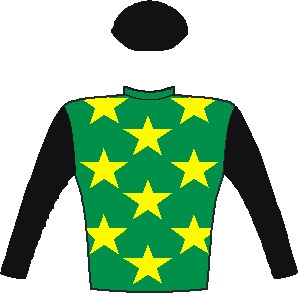 TRAINER’S Comments:
Joey Ramsden – “Unfortunately THE CONGLOMERATE is drawn worst of all from stall 20. Jockey Strydom will have to be at his best to overcome that. I couldn’t be happier about The Conglomerate but he does have the draw to overcome.”


JOCKEY’S Comments:
Piere Strydom – “From what I saw on TV THE CONGLOMERATE is fit and well. It is worth considering that Anton Marcus had the choice of rides and he took St Tropez instead of The Conglomerate and that is a big factor. The Conglomerate has the worst of the draw and the percentages prove that very few badly drawn horses win the July. The form of the race puts the horses really close to each other so advantages like a good draw etc, have a big say in the finish. I would love to win to put a smile on Joey’s face”, he said jokingly.

Speaking of the public gallops, this smashing-looking Australian import produced eye-catching work that morning and the gelding has certainly been responsible for him returning to some form. He hasn’t won since his KZN Guineas victory over one year ago but the Joey Ramsden inmate isn’t too badly weighted as a four-year old now. He has unfortunately drawn widest of all for a second year in a row in this event but gets master tactician ‘Striker’ up and the pair could be hunting for position in the first three furlongs. Don’t discount.

Bet on THE CONGLOMERATE now at Hollywoodbets!