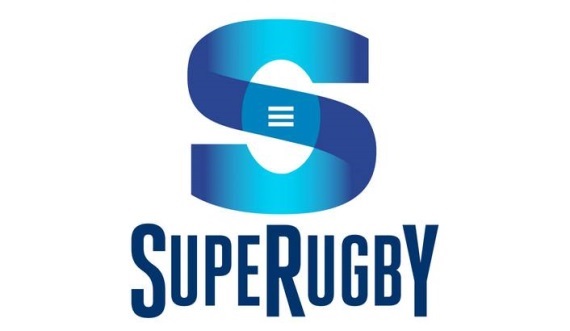 Round 15 Super Rugby action continues this Saturday and out writer reckons he’s got a few solid bets for you.

While Saturday’s start is a bit more subdued than Friday’s, there are still some classic clashes in-store. The highlights of the weekend see the Lions take on the Sharks in a must win game for the Natalians, while the Jaguares versus Bulls game is sure to be a hard-fought affair with the men from Pretoria desperate to stay in the race for a quarter-final berth.

To Win (80 Mins)
Sunwolves 8/1 | Draw 40/1 | Waratahs 1/25
Handicap
Sunwolves (+24.5) 9/10 | Waratahs (-24.5) 9/10
We kick Saturday’s proceedings off with a game between the joint Australian Conference leaders and the bottom-placed side on the Overall Conference. While this may seem a rather cut and dry result – if this game had taken place a week prior to the international break I’d be staking my house on the Waratahs clearing the -24.5 handicap – the break may have sapped a lot of energy out of the Waratahs’ Wallabies.

Stalwarts, Michael Hooper, Israel Folau, Bernard Foley, and Nick Phipps were all involved in the Wallabies 3-0 series defeat to England which could have not only a physical but also a psychological effect on the aforementioned foursome. While Hopper and Folau gave a decent account of themselves during the whitewashed series, Foley and Phipps put in shocking shifts and are likely to be low on confidence.

Phipps has been left out of the starting XV with former Reds man Matt Lucas cracking the nod at nine. The other three aforementioned players will all get starts, although, Folau shifts back into the centres having played the whole series against England at Fullback.

Verdict: Waratahs (-24.5) 9/10
If the handicap had been slightly higher – between 28 and 30 points – my money would have been on the Sunwolves staying within the margin. It is not, however, and I can see the Waratahs sneaking past the -24.5 handicap with a few late tries.

To Win (80 Mins)
Hurricanes 2/11 | Draw 25/1 | Blues 37/10
Handicap
Hurricanes (-11.5) 9/10 | Blues (+11.5) 9/10
Our second fixture of the day is a New Zealand derby with the Hurricanes hosting Tana Umaga’s Blues. While the Aucklanders are pretty much out of the running for a quarter-final spot, the Hurricanes still have every chance of making it through to the knockout phase of the tournament.

The two sides met back in earlier this year with the Blues unlucky not to sneak a win after they went through a succession of attacking five-meter line outs just after the full-time hooter had gone. This game occurred when the Hurricanes were enduring a poor run of form, and while I think that the 23-19 scoreline didn’t flatter the Blues at all, this could be a much tougher test for Umaga’s men.

The Hurricanes will also have Beauden Barret and TJ Perrenara in the starting XV and both men are coming off the back of decent showings in All Black jumpers. While Barrett shone when coming on in the second half of New Zealand’s second Test against Wales and during the third Test where he got a start, Perrenara’s cameo roles off the bench were just as impressive.

Verdict: Hurricanes (-11.5) 9/10
While most all-New Zealand affairs tend to be as tight as a duck’s backside, I feel this one may follow a completely different script that sees the Hurricanes run their opponents ragged. Back the hosts to clear the -11.5 handicap at 9/10.

To Win (80 Mins)
Rebels 12/10 | Draw 20/1 | Stormers 7/10
Handicap
Rebels (+2.5) 9/10 | Stormers (-2.5) 9/10
Off to Australia now for a clash between the Rebels and the Stormers. Both sides are in desperate need of points with the Stormers yet to secure automatic qualification into the quarter-finals and the Rebels seven points off the table-topping Brumbies on the Australian conference.

The Rebels coaching staff have opted to field the Jack Dereczeni at fly-half. He will be joined in the halfback pairing by Ben Meehan who comes in for the injured Nic Strizacker. Mike Harris returns to the fold at fullback.

On the Stormers side of things, both Cheslin Kolbe and Juan de Jongh are away with the Springbok sevens squad. Forgotten man of South African rugby, Jaco Taute, comes in at fullback for Kolbe while de Jongh’s spot in the midfield is taken by young gun Daniel du Plessis.

Verdict: Rebels 12/10
The Stormers may have only ever lost to the Rebels once, but I suspect that tally will have doubled come the final whistle at AAMI Stadium.


To Win (80 Mins)
Cheetahs 3/10 | Draw 22/1 | Force 5/2
Handicap
Cheetahs (-8.5) 9/10| Force (+8.5) 9/10
Two sides with nothing to play for bar pride lock horns in our fourth fixture of the day. The Force currently sit at the foot of the Australian Conference, four points off the Reds. The Cheetahs may be better placed on the South African Conference One standings but this will be little consolation for Franco Smith and his men.

This is likely to be one of those high-scoring games with the ball seeing more air than a long haul flight from South Africa to New York.

Verdict: Cheetahs 3/10
Not much value to be found here unless you’re willing to risk your money on the Cheetahs putting in a polished defensive display. I recommend backing the hosts on the straight win at 3/10.

The big news coming out of the Sharks camp this week is that both Patrick Lambie and Willie le Roux will miss out. Lambie is yet to fully recover from the concussion he sustained on international duty while le Roux has been banned for a week due to a poor aerial challenge in South Africa’s third Test against Ireland. Veteran Odwa Ndugane comes into the fullback berth in place of Le Roux while youngster |Garth April slots in at 10.

The Lions will also come into this one without one of their Springboks. Skipper Warren Whitley has been ruled out for six weeks with a shoulder injury picked up on national duty. His place in the starting XV is taken by coach Johan Ackerman’s son, Ruan.

The two sides met back in early April, with Lions running out 24-9 victors down in Durban.

The Highlanders, on the other hand, have one of the best defensive records of any team in this year’s tournament. The men from Otago have only conceded 232 points this term while scoring 315.

Verdict: Highlanders (-28.5) 9/10
Simply put, the Highlanders have far too much firepower for the hapless Kings to handle. I forsee the New Zealanders putting on a huge score here.

The hosts haven’t enjoyed a great debut season losing all but two of their 12 fixtures. They have been a lot stronger at home though running the Chiefs close in Round 3 and handing the Southern Kings a 73-27 hiding in April.

The Bulls have a bit of an advantage for this one as they only had two players involved with the Springboks during the international break – and both of the call-ups didn’t really get much game time – while the majority of the Jaguares squad turned out for the Argentine national team.

Verdict: Jaguares 21/20
Despite their weary legs, my money is still on the Jaguares winning this one by between 1 and 10 points.
Written by Darry Worthington for @Hollywoodbets.net!
Bet on these matches now at Hollywoodbets.net! Haven’t got an account? Open one here!