The FA Cup enters its third round this weekend and there’s a host of enthralling fixtures in store for all of you punters. The more illustrious Championship and Premier League clubs enter the competition at this point, which means there are a few David versus Goliath match-ups set to take place.

The beauty of the FA Cup is that upset results are rather frequent, which means there’s always a chance to make a bucket load of money.

We’ve decided to take a look at some of the best value floating around bellow in a bid to find a high paying multiple. Southampton 8/10
Draw 5/2
Crystal Palace 67/20
Bet: Over 2.5 Goals at 1/1:
We start things off with an all Premier League tie between Southampton and Crystal Palace. Okay so it’s a bit of a risk but with the odds sitting at 1/1 it’s well worth a punt. Both sides were involved in some high-scoring thrillers over the festive period with Southampton’s four-goal victory over Arsenal on the 12th of December and Palaces’ 5-1 victory over Newcastle, in late November, paying testament to this. Both teams have some talented forwards who are more than capable of ensuring this one ends with more than 2.5 goals being scored.

West Ham 15/20
Draw 53/20
Wolves 36/10
Bet: West Ham To Win at 15/20
The Hammers finally put an end to their run of five consecutive draws by defeating Southampton two weeks ago. They followed that 2-1 victory up with an impressive 2-0 victory over Liverpool the following week. Former Newcastle man, Andy Carroll, got his name on the scoresheet last weekend and I wouldn’t be opposed to backing him to repeat the trick against Wolves. The men from Wolverhampton have also notched up a few positive results in recent weeks. Kenny Jackett’s side have won their last three games on the trot. However, I really can’t see them competing with this in-form West Ham side. Ipswich 8/10
Draw 26/10
Portsmouth 33/10
Bet: Ipswich To Win at 9/10:
This match pits two sides who were once staples in the Premier League against each other. While those days in the Premier League must seem a lifetime away for both clubs sets of supporters, this competition does offer them a chance to relive those glory years. In terms of their current form, both sides have endured a mixed bag of results. They have won three of their last five fixtures- drawing one and losing another. Portsmouth may be coming off the back of a 4-0 victory over Hartlepool but I still can’t see them defeating Ipswich. Back the Championship side to overcome their League Two opponents at 9/10.

Leeds 9/10
Draw 24/10
Rotherham 3/1
Bet: Leeds To Win at 9/10:
Leeds are another side who used to be a part of the Premier League furniture before excess spending saw the club forced to go into voluntary administration. While the mid to late 2000’s was a tough time for fans of the club, the past few years have seen a bit of a renaissance take place over in Yorkshire. While they’re yet to return to the hallowed ground that is the Premier League, Leeds have managed to stabilize their position in the Championship. They currently lie in 12th spot on the Championship table, and while their chances of ending the season in the promotion playoff positions are extremely slim, a good cup run would be just reward for the club. Anyway, let’s move away from the history lesson and onto the club’s recent form. Steve Evans’ charges haven’t tasted defeat in their seven fixtures – although the majority of these games have been drawn. Their last fixture saw them draw 1-1 with MK Dons. Rotherham on the other hand, have lost three of their last five games and come into this one off the back of a 2-1 defeat to Preston North End. They currently lie in 21st place on the Championship log with only 21 points to their name. With Rotherham struggling for form and Leeds looking in decent nick, I’m backing the hosts to make it through to the fourth round. 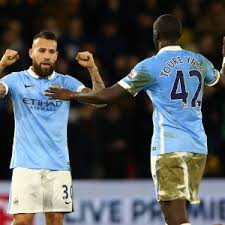 Norwich 4/1
Draw 29/10
Manchester City 6/10
Bet: Matchbet + Both Teams To Score at 2/1 – City and Yes:
The final leg of the multiple involves a free-scoring Manchester City side and rejuvenated Norwich outfit. The Sky Blues have been banging in goals for fun in recent weeks. Their last six fixtures have seen them score 13 goals at an average of 2.16 goals per game. While Norwich haven’t been as free-scoring as City, they have been able to find the back of the net three times in their last two games. I fully expect City to canter to a victory here but with an outright win sitting at only 6/10 and Norwich starting to find the net more frequently, I fancy the Matchbet + both teams to score. Bet on these matches now at Hollywoodbets.net! Haven’t got an account? Open one here.