There aren’t many 20 year-old bowlers in world cricket who
would be able to hold their nerve as well as Kagiso Rabada.  The young South African quick was faced with
the prospect of defending 11 runs in the final over of an ODI against one of
the world’s finest finishers, MS Dhoni. Looking calm and collected, Rabada
proceeded to bang in the short ball, and watched Dhoni and Stuary Binny fall in
the final over of the game to win the first ODI of the series for South Africa by five runs.
The teams will now head to the Holer Stadium in Indore to
play the second ODI of this five-match series. 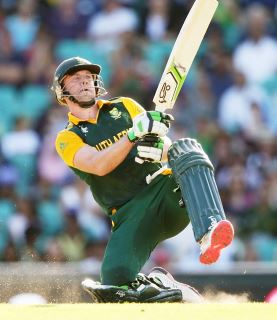 South Africa
Russel Domingo will be absolutely thrilled by the way his
side performed in sweltering conditions at the Green Park Stadium in Kanpur. The
Proteas posted 303-5, thanks in-large to AB de Villiers’ sensational 73 ball
century. He was ably assisted toward the death by Farhaan Berhadien who is
quickly establishing himself as one of the best finishers in world cricket.
Both South African openers will have been disappointed not
to kick on and score more. Quinton de Kock looked in fine form before a vicious
off-spinner from Ashwin drew him forward and found the edge, Suresh Raina
taking a sharp catch at first slip. Amla also looked good in the early part of
the innings, only to fall to a quicker delivery from Amit Mishra which cannoned
into the stumps off of his pad. The show, however, was stolen by AB de Villiers
who scored a match-winning 104* off of just 73 balls, reaching his century with
a six off the last ball of the innings.
The South African management will be concerned with how many
runs their bowlers conceded. Not one of the six bowlers used in the first ODI
were able to keep their economy rates below 5. The likes of Dale Steyn, Morne
Morkel and Imran Tahir will need to be more tight-fisted going into the 2nd
ODI if they’re going to win this series. That being said, Kagiso Rabada bowled
an outstanding over at the end of the Indian Innings in which he took two
wickets and conceded just 6 runs, effectively winning the match for the men in
green and gold.
There shouldn’t be any changes to the squad going forward
into the second ODI. Although de Kock’s failure to kick on will be cause for
concern, the way he played leading up to his dismissal and the withdrawl of
Rillee Rossouw from the squad will likely afford him another go at the Indian
bowling attack. 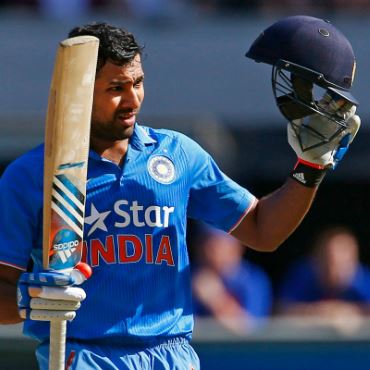 India
The men in blue will be absolutely gutted at the manner in
which they lost the first ODI. Having lost Shkiar Dhawan relatively early,
Rohit Sharma and Ajinkya Rahane scored 149 runs for the second wicket. The pair
targeted JP Duminy and Farhaan Berhadien in the middle overs in which they both
targeted the leg side with some exquisite batting.
The pair looked to set the platform for Dhoni and co to
finish things off before Rahane fell softly for 60 after being caught off the
bowling of Berhadien. Sharma, however, went on to score what should have been a
match-winning 150 before he was also dismissed softly, chipping the ball back
to Imran Tahir for a simple catch.
India’s cause was not helped by the fact that they lost Ravi
Ashwin to a side strain having completed just 4.4 of his 10 allotted overs. In
his absence, the South African batsmen were able to target the likes of Stuart
Binny and Suresh Raina, eventually scoring 109 runs off the last ten overs.
The Indians were again let down by several soft dismissals
of Sunday, a trend that seems to have continued from the T20 series. With MS
Dhoni and Suresh Raina looking out of sorts at the death, there is immense
pressure on the likes of Kohli, Sharma, Dhawan and Rahane to do all of the scoring.
It’s been a long time since India have looked so shaky in a
home series. Although they’ve been unlucky, many pundits were expecting them to
win both the T20 and ODI series comfortably. They will be looking for a better
all-round performance from the starting XI come Wednesday morning.

Venue
The Indians enjoy playing at the Holkar Stadium. The ground
has only hosted three ODIs in the past with India convincingly winning all of
them. We can expect a much closer game here come Wednesday morning. You can
bank on the pitch being prepared especially for India’s spinners. There should
be very little grass cover and moisture in the wicket, making life difficult
for the likes of Steyn and Morkel.
Verdict: South Africa
1/1
The South African camp is buzzing after winning the first
ODI in Kanpur. Couple this with the fact that India’s middle-lower order has
been struggling to close out games of late, I think the Proteas will be able to
continue the dominance they’ve asserted over the Indians thus far by going 2-0
up in the series.