Two of 2015’s top performing nations will go head to head at the Millennium Stadium on Sunday, in what’s sure to be a close fought affair.

Ireland have enjoyed a fantastic year thus far. They started 2015 like a house on fire – winning the Six Nations for the second time in a row. They have continued to impress at the World Cup, winning all their group games, and subsequently topped pool D. While the Argentines haven’t won any silverware this year, they have put in some fantastic displays. If you asked Daniel Hourcade if he would trade his side’s win over the Springboks for a trophy or two, he’d probably tell you to go hawk your wares somewhere else.

With a spot semi-finals on the line and both sides in decent form, this game should make for intriguing viewing. 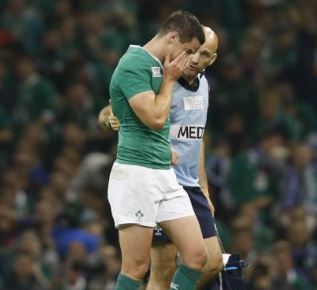 Ireland
Joe Schmidt’s tenure as Ireland coach has seen a revival in the national side’s fortunes. They have gone from perennial Six Nation also-rans to defending champions. While, back to back Six Nations titles will have pleased many Irish fans, the playing squad are hungry for more silverware.

Their shot at the Web Ellis Cup may have been ended last weekend, though. Paul O’Connell, Johnny Sexton, Peter O’ Mahony and Keith Earls all left the Millennium Stadium field during last weekends encounter with France. To make matters worse, Sean O’Brien was cited for a punching Pacal Pape during the game. While O’ Mahony and O’ Connell have been ruled out of the tournament, Earls be fit to start on Sunday. Sexton and O’ Brien are still doubts, although Schmidt has indicated that he is willing to play Sexton, even if the pivot isn’t 100 percent fit.

Ireland’s chances could hinge on Sexton’s fitness, while they have the forward pack to cope with the Argentine set-piece, they need someone to marshal their backline. Sexton’s understudy, Ian Madigan, is a competent ten, but he doesn’t have the experience to really take control of a game. If Sexton manages to take the field on Saturday Ireland’s chances will be greatly improved. 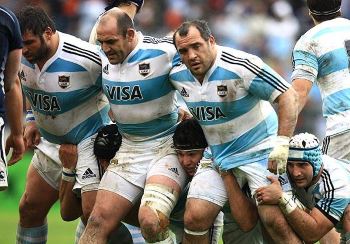 Argentina
I could harp on about how good a year it’s been for Argentine rugby and what a splendid job Daniel Hourcade has done, but I think I’ve already covered those bases in my other write ups. Instead, I’ll begin this short segment with an overlook of their World Cup performances thus far.

They started the tournament with the hardest fixture available; a clash against the All Blacks. While the New Zealander’s ended up winning the game by ten points, it wasn’t as comfortable a victory as the scoreline suggests.  After taking on the world’s top seeded team, they then came up against three of world rugby’s lower seeds. They were impressive in their dismantling of these sides. They ran the Georgians ragged in week two of the tournament, putting fifty-four points on the board. They then beat the Tongans by twenty-nine points and closed out their pool stage with a forty-five point victory over Namibia. Overall, it was a solid pool stage showing from Hourcade’s men.

While the Irish are a step up from the minnows that Argentina faced in the pool stage, I doubt Hourcade will change his tactics. His forwards have laid a solid foundation for the backs to work off. If the pack can gain the ascendancy against the Irish, Joe Schmidt’s backs may have an afternoon of tackling on their hands.

While Hourcade is yet to announce his side at the time of publishing, it seems he will have a fully fit squad to select from. The only absentee is Mariano Galarzo, who was suspended earlier in the tournament for an eye gouge.

The Stats That Matter
Both sides are have struggled to advance past this stage of the tournament, in fact, Ireland have never made it past the quarter-final stage of a World Cup. While this may worry those in the Emerald Isle, they shouldn’t fret, as the Argentines haven’t done much better. The South Americans have only advanced past this stage, on one occasion.

The stats from this year’s tournament make for much more pleasant reading for those of an Irish persuasion. Ireland scored sixteen tries in the pool stages and only conceded two while Argentines scored twenty and conceded seven.

Verdict: Argentina 16/10
With Paul O’ Connell out and Johnny Sexton nowhere near a hundred percent fit, I think the Irish are going to struggle against a strong Argentinian side.