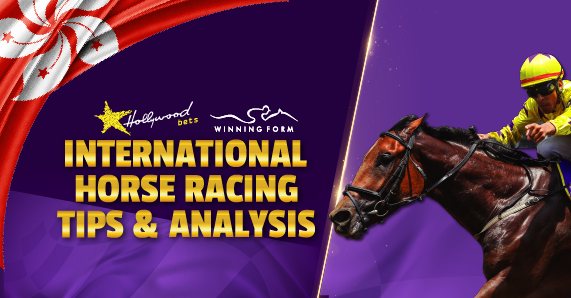 Racing this Wednesday sees an enticing nine race programme at Happy Valley Racecourse with a host of top quality racing on offer! The top bet, value bet, and Bi-pot should be followed closely.

THUNDER STOMP is a horse that likes to race up with the pace. He finished runner-up last time out and now gets “The Magician” in the irons. CHARGE ON is inconsistent and will have to shoulder top weight. Still, the form of his penultimate run catches the eye and he has the potential to challenge the top selection. MORE THAN ENOUGH is much better than is below par last run suggests. He ran a good race under Callan in December and it will be no surprise to see him bounce back to his best.


RED BRICK FIGHTER won with a ton in hand last time. He drew off with ease in the closing stages and absolutely relished racing back at “The Valley”. He is well-drawn and it is encouraging that Poon has kept faith in the ride. DREAM WARRIORS is much better than his below par last outing. He was trapped four-wide on that occasion and if repeating his penultimate run, can get back to winning ways. HAPPY WIN WIN found himself outpaced when turning for home last time out. He didn’t settle in that race and if switching off early, can run into the money.

SMART CHARADE produced a fair last effort from off the pace. He doesn’t take on the strongest field and looks fairly handicapped in this contest. TIGERLAD found no challenger’s last time but takes on stronger this afternoon. He looked in peak condition and should be up to the task at hand. FANTASTIC FABIO wasn’t disgraced last time despite racing wide without cover. Purton retains the ride and with better luck in running, could be the one to cause the upset.

GOODMANSHIP produced an eye-catching debut effort on this course over the minimum distance. He tries an extra furlong and with the expected natural improvement on offer, should find himself in the winner’s enclosure. HERO STAR was only caught late in his last start after setting a decent pace. He is drawn best of all and may be difficult to reel in. PRANCE DRAGON has placed in his last two outings despite overracing and can run into the money.

ROMANTIC TROVE finished runner-up last time and is improving with every visit to the races. He is drawn wide but is coming along the right way and on form is difficult to oppose. STOCK LEGEND followed up back-to-back wins well when finished third last time out. He is the class horse in the race and from his neat draw can pose a threat to the top selection. HAPPILY FRIENDS is a difficult ride but has placed in his last two outings over this c&d. He faces a stiff task but can run into the placings.

JOYFUL WIN won in an impressive manner last time out under this talented rider. He hit the front in the final furlong and the manner in which he finished off his race was encouraging. Also, he represents decent each-way value for Hong Kong racing pundits. TRAVEL DATUK has placed in his last five outings. He has only found one better in his last two starts and will be looking to make amends. VICTORY IN HAND was no match for the winner last time out. He performs well though for this rider and can run into the money.

TURIN REDSTAR produced a fair last run despite being cramped for room at the 450m and 100m markers. If getting across from his wide draw without using up too much energy then he should be right there at the business end. FAST PACE is in good form and has shown a natural preference for this course. He gets Moreira in the saddle, who may be able to coax a little extra out of him where it matters most. HELENE WISDOM STAR produced a fair last effort. He made a respiratory noise in his penultimate run and now seems to be over those issues.

CAPITAL STAR is the best bet on the card. He is an unexposed sort that went from gun to tape in his last start. Moreira retains the ride and with the expected natural improvement on offer, he should take an absolute power of beating. KINDA COOL is much better than his last start suggests. He raced three-wide on that occasion and was never in the race. If bouncing back to his best, he should be able to throw out a challenge to the top selection. WIND N GRASS timed his run to perfection last time out and a repeat of that effort could see him make it quick back-to-back wins.

KA YING MASTER will have to shoulder top weight but he is well-drawn and will benefit from a decent pace. His last two runs under Purton have been impressive and he should give another bold account of himself. EQUALETTA BLITZ was a narrow winner last time out. He faces stronger but is a horse on the upgrade and could be up to the task at hand. SHOUSON found a form return last time when rallying strongly under Poon and can make his presence felt in the lucky last.