Chelsea will look to get their season back on track when they take on in-form Tottenham side at White Hart Lane on Sunday. The Blues showed glimpses of their brilliant past selves in their 1-0 victory over Norwich last weekend, but will really be tested this weekend as Tottenham have gone 12 league games unbeaten. Chelsea boast an impressive record against Spurs having won six of their last 12 meetings with five draws and just one defeat. That defeat came in this fixture last season with Mauricio Pochettino’s side winning 5-3 thanks to a brace from Harry Kane. However, Chelsea did have the last say in the Capital One Cup final in a 2-0 triumph of Spurs at Wembley Stadium.

With the Premier League Champions in desperate need of points to earn a Champions League place, and Spurs wanting to maintain their rich vein of form, this should prove to be a humdinger of a match. Tottenham
Tottenham extended their unbeaten run to 12 Premier League games as they saw off West Ham United 4-1 at White Hart Lane last weekend. A Harry Kane brace and goals from Toby Alderweireld and Kyle Walker gave Spurs a supremely comfortable victory. After a slow start, Spurs dominated proceedings and could easily have scored more as they continue to grow under Mauricio Pochettino.

Spurs haven’t lost since their opening day 1-0 defeat at Manchester United. While three points last weekend didn’t move them up the Premier League table, it does mean they are just two points off Arsenal and Manchester City. Next up is Chelsea at home on Sunday. Another London derby.

This fixture comes after Spurs’ Thursday night trip to Azerbaijan to play Qarabag in the Europa League, and they will have to do without the suspended Dele Alli. It will be a stern test of their top-four credentials – and a great opportunity to put further distance between themselves and last season’s champions. Spurs have won four of their seven home matches this season and will be confident of picking up maximum points against the Blues. However, Chelsea are starting to find their rhythm again and Spurs will be made to work.

Despite a rather slow start, Kane has been in top form in recent weeks with six goals in his last four games. He caused Chelsea’s defence all kinds of problems in last season’s 5-3 win, and he will be key to Tottenham’s chances. 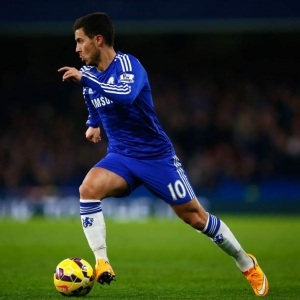 ChelseaChelsea will be confident they can continue their winning momentum when they take on Tottenham this weekend. The Blues ended a run of three straight Premier League defeats in their 1-0 win over Norwich City at Stamford Bridge last Saturday, which demonstrated the team’s improved form and their desire to get back on track following their poor start to the season. Mourinho said after the win, which took Chelsea into 15th place in the standings, he thinks the club’s chances of retaining their league crown is “an impossible mission, but Champions League qualification remains a realistic target.”.

Chelsea would have been pleased with Eden Hazard’s showing against Norwich, the Belgian was brilliant and put in his best display this season. Playing through the middle, he showed a hunger and desire that has been missing since last season and if he maintains this sort of form, things will change dramatically.

Chelsea will have reason to be optimistic. Mourinho’s men aren’t going to retain their Premier League title, but the season isn’t all lost. They face a few more impossible missions to show they can turn things around. In Hazard, they have the man to help them do just that. Norwich was the start. Now for the sequel.

The Blues have shown that they’re not far off their best, and we could see the “real Chelsea” for the first time this season. Diego Costa ended a run of 603 minutes without a goal in all competitions by netting the winner against Norwich. With Costa back on the scoresheet, the Blues have the firepower to still qualify for a place in next year’s Champions League. There’s next-to-no margin for error, but no team featuring Costa, Hazard, Willian, Pedro and Cesc Fabregas can be counted out…….. Just yet.

Verdict: Chelsea 29/20
Chelsea looked more like champions against Norwich last weekend and Mourinho will be keen to build on that performance. Hazard and Costa have looked sharp in recent weeks and the duo’s form will be crucial in this matchup. With players like Costa, Hazard, Fabregas, Oscar, Willian and Pedro, Spurs can’t match them for quality. With those players, Chelsea have to turn the corner and I’m expecting the champions to reign victorious this weekend. The Blues are great value at 19/10 and they’re worth backing this time.