Jurgen Klopp’s Liverpool can secure their passage into the last 32 of the Europa League with victory over a Struggling Bordeaux side at Anfield on Thursday evening. Although the Reds have only managed one win in four matches, three points will be enough for the English giants to secure second place at least. 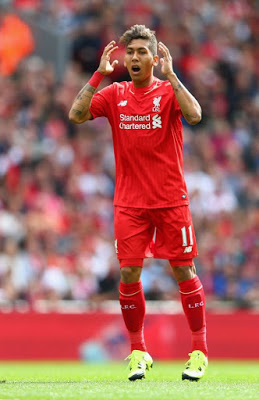 To Win Match
Liverpool 5/10
Draw 32/10
Bordeaux 57/10
Liverpool
The Red half of Merseyside will be buzzing after seeing their side dismantle Manchester City at the Etihad on Saturday afternoon. After a relatively subdued start to his Liverpool career, Roberto Firmino exploded into life with a world class performance that made England’s most expensive side look like absolute schoolboys.

His link-up play with Coutinho – who will miss Thursday night’s clash with a hamstring problem – shows why Brendan Rogers paid in excess of 28 million Pounds for his services. It’s not only Firmino who’s bought into Klopp’s high-tempo pressing game; Adam Lallana has also flourished under the eccentric German.

Lallana was always signalled out as a bit of show pony – a Cruyff turn here, a silky touch there – but he never worked hard enough under Rodgers. His performance alone proved how far Liverpool have come since the Arrival of Klopp. He played on the right side of a three pronged attack in which he pressed endlessly, putting immense pressure on the City back four.

Klopp signaled his intent in his first press conference as Liverpool manager – he would be treating the Europa League as seriously as he’d be treating the Premier League. The German’s almost insatiable appetite for silverware will have rubbed off on the players who will be keen to put an out of sorts Bordeaux team to the sword.

You can be sure that the Reds will employ the gegenpress against their French opposition this Thursday. By pressing high up the field and not allowing the French side to play, Klopp’s men will want steal possession in the attacking third before pouring forward against the opposition who won’t be set defensively.

Although the injury to Coutinho will have come as a massive blow, Daniel Sturridge has finally been declared fit to play and could get at least 70 minutes against Bordeaux on Thursday. If he does crack the nod, it’ll be interesting to see how he gets on as the spearhead of the Liverpool attack. 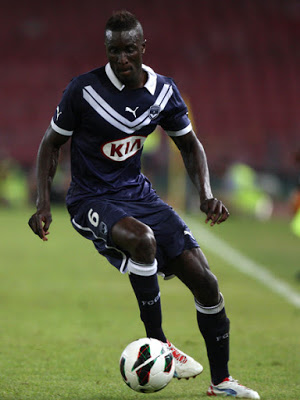 Bordeaux
Football has taken a bit of a back seat in France over recent weeks due to the terrorist attacks around Paris that were responsible for at least 129 civilian deaths. The football fraternity around Europe have shown solidarity with the French since the attacks two weeks ago, although it will be good for players in France to get back to doing what they do best.

Willy Sagnol’s men haven’t had the best season thus far drawing three and losing one of their Europa League ties. They haven’t fared much better domestically where they currently sit 13th in the standings.

They will know that they need at least a point to keep their chances of qualifying for the next round alive. Key to their chances will be the dangerous front three of Wahbi Khazri, Nicolas Maurice-Belay and Enzo Crivelli. They will have to be at their brilliant best to give the likes of Martin Skrtel, Nathaniel Clyne, Alberto Moreno and Dejan Loveren – who has improved steadily under Klopp – any trouble.

The French side will need to keep things tight at the back against the fluid attacking style Liverpool will look to employ. Key to this will be the form of Ludovic Sane, the giant Senegalese defender will have his hands full trying to marshal his defence when faced with the likes of Firminho, Lallana, Sturridge and Jordan Ibe who could well feature.

Verdict: Home Side to Keep a Clean Sheet – YES 9/10
The Reds have looked solid at the back in recent weeks, and shouldn’t really have too many issues keeping this Bordeaux side at bay. Simon Mignolet has also been in other-worldly form  of late pulling off some incredible saves for club and country. I simply can’t see the French side breaching his goal on Thursday evening.